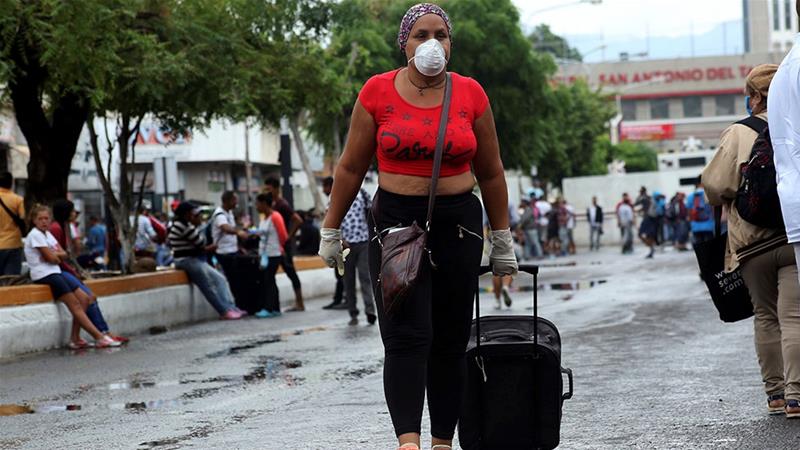 Venezuela’s government is struggling to handle a large influx of migrants who returned home from Colombia and Ecuador this weekend after they lost their jobs amid social distancing measures.

Human rights groups and opposition leaders in Venezuela said this week that hundreds of migrants who crossed into the Venezuelan state of Tachira have been forcibly taken to empty schools and an abandoned customs building, where they have been told they will have to stay for two weeks of quarantine.

But most of the buildings where these migrants are being held lack access to running water and suffer from daily power cuts, said Javier Tarazona, the director of Venezuelan human rights group Fundaredes. Video and photos taken at the abandoned customs office, where some migrants were sent, showed dozens of people sleeping on a concrete floor, as there were not even beds for the group of more than 60 people.

“These places are a stirring pot for diseases,” Tarazon told Al Jazeera. “If the Venezuelan government did not have the capacity to receive these people, they should have alerted international agencies, who could have set up a place to hold these migrants on the Colombian side of the border.” 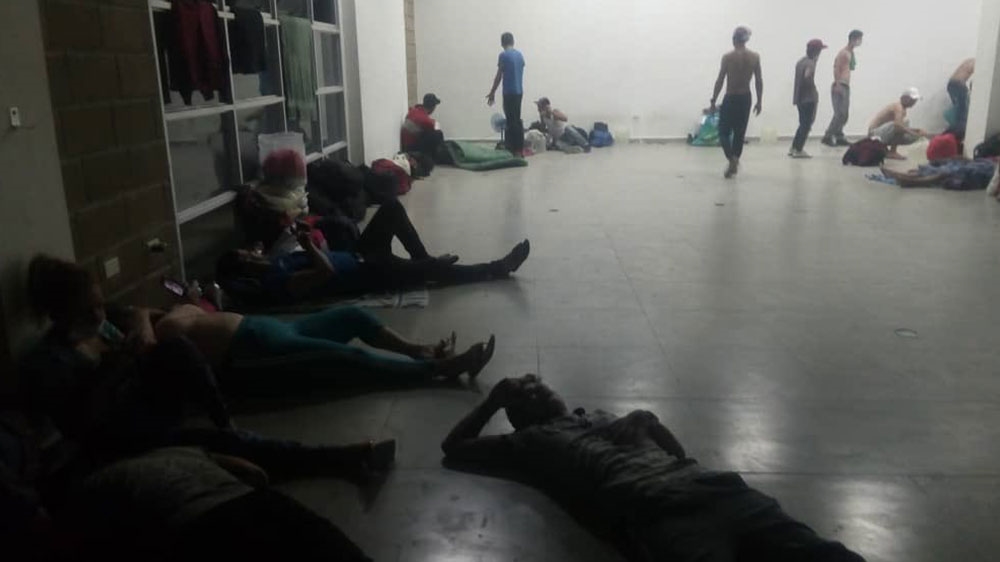 Venezuela’s government said 900 migrants entered a land crossing in Tachira state on Saturday after losing their jobs in Colombia. Some had arrived there after walking for days to reach the border, while others had been transported on buses by Colombia’s government.

After crossing the border and being tested for coronavirus symptoms, migrants were escorted by soldiers towards a bus terminal in the town of San Antonio.

“The terminal was packed with people,” said Maria*, a migrant who arrived in Venezuela with her family on Saturday and is now being held at the abandoned customs building. She preferred to not provide her real name because she feared reprisals from soldiers who have threatened migrants that speak out about conditions.

“We spent the night at the bus terminal, without any food and slept on the floor,” she told Al Jazeera in a WhatsApp voice message. “The next day at around 5pm, some guards came and told us that we were going to be put into quarantine. We were divided by groups, according to our hometowns, and then we were taken to this empty [customs] building on the outskirts of the city. It’s next to a border bridge that has never been used.” 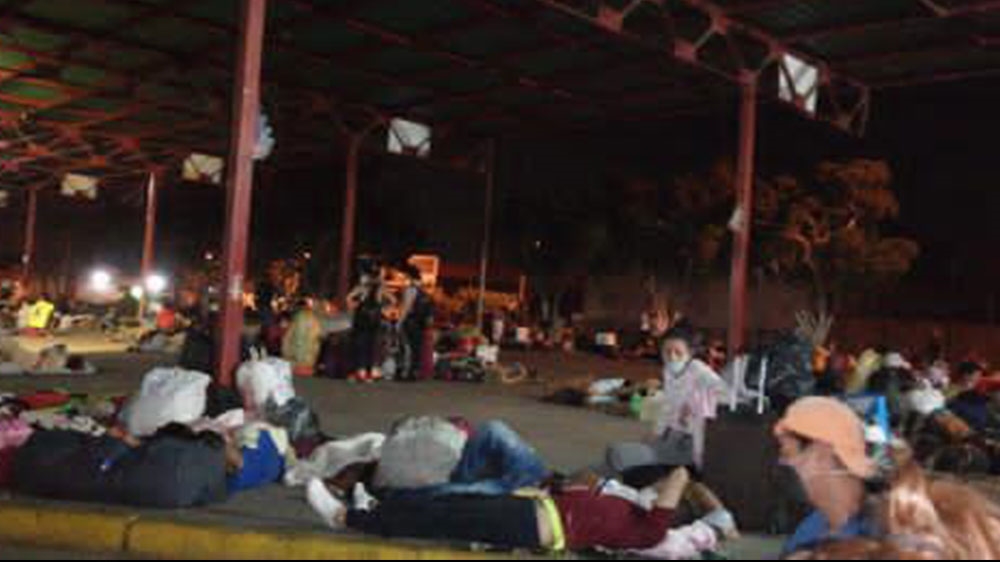 A video posted on Twitter by Freddy Bernal, the Venezuelan government’s leading official for the border state of Tachira, on Tuesday shows that hundreds of migrants who had not been relocated were still at the bus terminal on Monday night. In the video, Bernal addresses the crowd and explains that they must be put into quarantine for their own good and to “protect” the rest of Venezuela’s population.

“We are living through a nightmare,” she told Al Jazeera on Tuesday. “Officials have come by to promise we will be relocated. But we are still here and more people continue to arrive each day.”

Venezuela’s information ministry did not respond to Al Jazeera’s requests for comment.

Venezuela’s government has so far confirmed more than 160 cases of coronavirus and seven deaths, with President Nicolas Maduro claiming that the disease has been “contained”. Experts warn Venezuela’s health system is not prepared to handle a widespread outbreak.

Maduro said Sunday that the country is ready to receive 15,000 migrants in the following days while in Tachira, Bernal tweeted Wednesday that migrants will “be welcomed with love and will be given the best shelter and care”.

But Venezuelan opposition leaders say the current situation is on the verge of becoming a new humanitarian crisis.

Laidy Gomez, the governor of Tachira state, said that she met with United Nations officials on Monday to review options for the hundreds of migrants who are now being kept in schools and empty office buildings.

Gomez accused Maduro’s government of backtracking on a plan to send migrants to their home states on buses, and have them placed in quarantine there.

“Keeping people with no symptoms of coronavirus in those shelters is extremely risky,” she said in a video statement. “Those places are overcrowded and they lack basic services. Those who don’t have coronavirus could get sick from other diseases.”