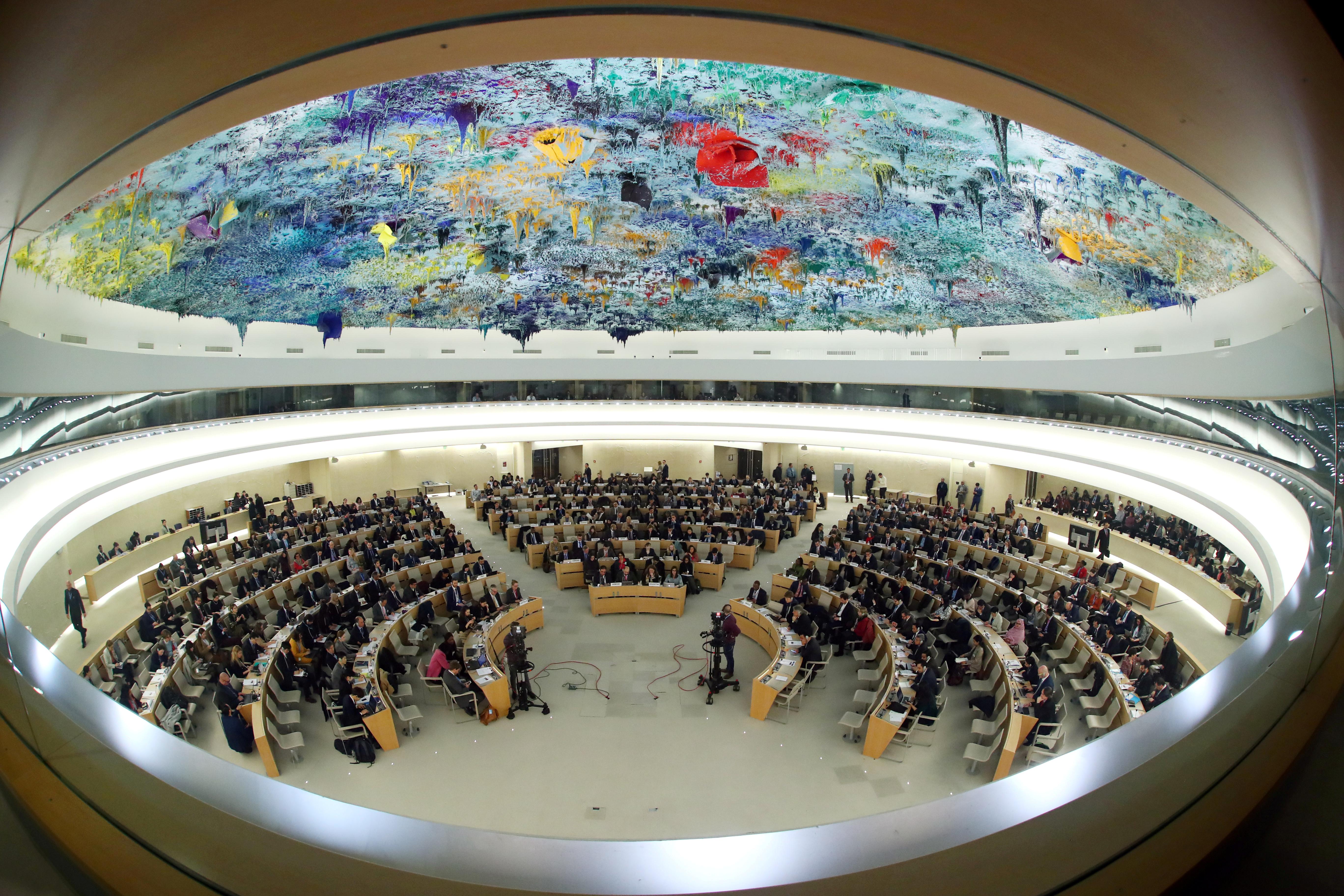 GENEVA (Reuters) – Relatives of victims and activist groups called on Monday for the top United Nations human rights body to launch an investigation into “police violence and repression of protests” in the United States.

The joint letter calling for a special session of the U.N. Human Rights Council was sent to its 47 member states. The American Civil Liberties Union (ACLU), the International Federation of Human Rights (FIDH), and World Organisation against Torture (OMCT) were among some 600 groups that signed.

The Geneva forum, which is due to meet from June 15, can hold a special session if requested by one-third of its members. The United States quit the forum two years ago alleging an anti-Israel bias.

The letter was endorsed by the brother and son of George Floyd, the unarmed African American who died in handcuffs on May 25 after a Minneapolis police officer knelt on his neck for nearly nine minutes. The police officer, who appeared in court on Monday, has been charged with second-degree and third-degree murder as well as second-degree manslaughter.

The death of Floyd, 46, was “only one of a recent string of unlawful killings of unarmed black people by police and armed white vigilantes,” the letter said.

“We are deeply concerned about the escalation in violent police responses to largely peaceful protests in the United States, which included the use of rubber bullets, tear gas, pepper spray and in some cases live ammunition, in violation of international standards on the use of force and management of assemblies,” it said.

The groups voiced concern that “rather than using his position to serve as a force for calm and unity, President Trump has chosen to weaponize the tensions through his rhetoric”. They also denounced the deployment of more than 60,000 National Guard members in two dozen states.

Recent police killings of unarmed black people as well as police use of excessive force violate U.S. obligations under major international human rights treaties, they said, calling for the right to peaceful assembly and protest to be protected.

The rights council should launch an independent inquiry into “racist policing in cities across the country that continues with seeming impunity” since the killing of Michael Brown, an unarmed black teenager in Ferguson, Missouri in Aug 2014, and allegations of excessive use of force against peaceful protesters and journalists since Floyd’s murder, they said.