BANGKOK (Reuters) – Hundreds of Thai students protested on Monday against the dissolution of a popular opposition party as Prime Minister Prayuth Chan-ocha and five cabinet ministers faced the first day of a censure debate in parliament. 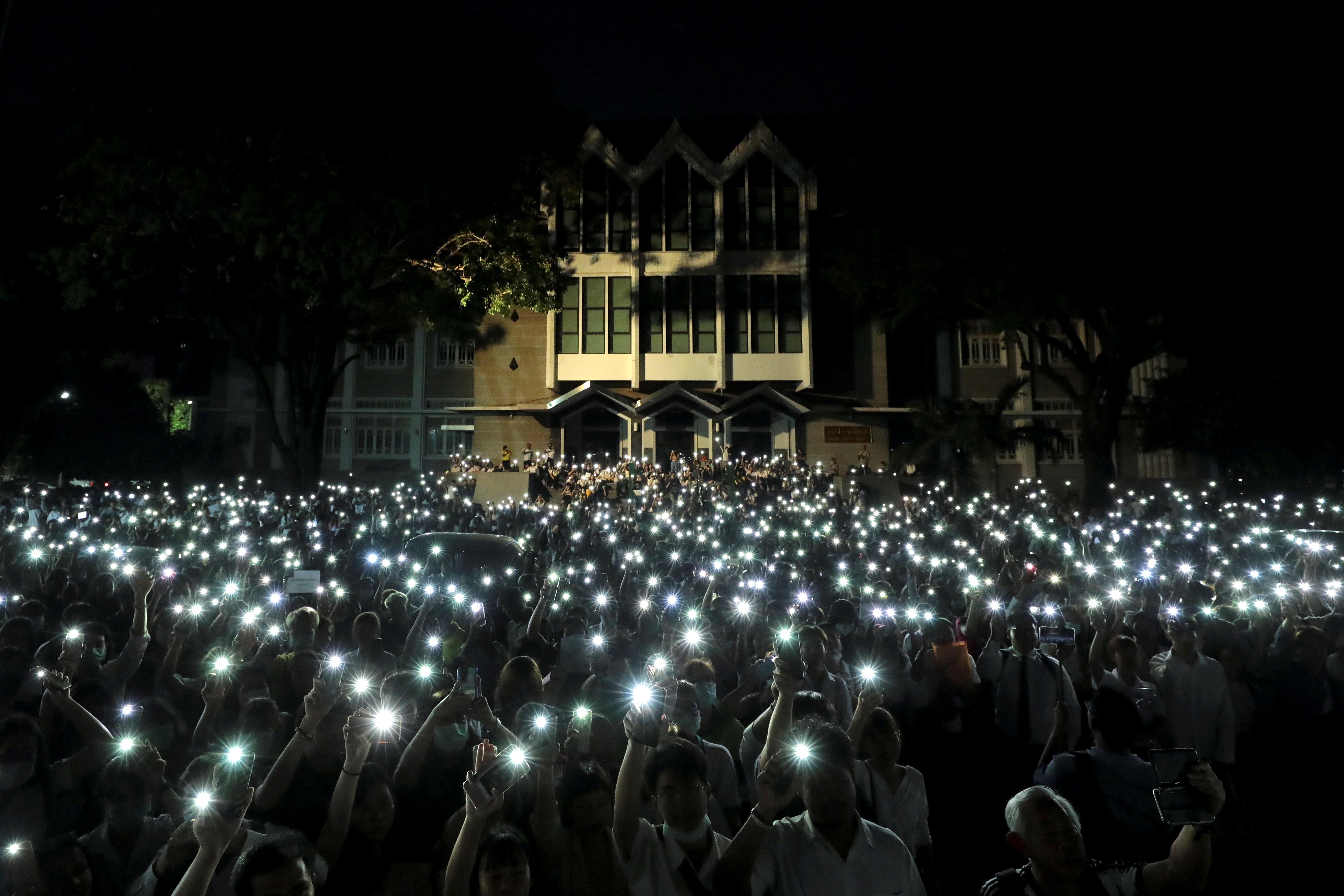 Tension has been rising since Friday when the Constitutional Court dissolved the Future Forward Party, the third largest party in parliament and a vocal critic of the military establishment, for taking loans from its founder.

The court’s decision sparked small protests around the country through the weekend and was widely condemned by democracy advocates.

Students at Chulalongkorn University in central Bangkok laid out a funeral wreath labeled “RIP Democracy” as hundreds gathered and made speeches condemning the court decision.

Across the city, hundreds more students gathered at Kasetsart University and chanted “Prayuth get out” in support of the censure motion.

The motion is likely to fail, in part because a ban on some Future Forward lawmakers increased Prayuth’s coalition majority.

But the public debate represents the fiercest criticism he has faced since he transitioned last year from military ruler to head of an elected government.

Prayuth, who first came to power in a 2014 military coup, is accused by the remaining opposition parties of coming to power through non-democratic means, ineffective administration, abuse of power, corruption and trading favors for big businesses.

“Prime Minister Prayuth … allows corruption to thrive and uses the power of his position to benefit himself and others,” Sompong Amornvivat, the leader of the Pheu Thai party and the opposition bloc, said during the opening of the censure debate.

The prime minister denied the allegations during the debate, which will continue until Thursday. A vote of no confidence against the Prime Minister and five other cabinet ministers is scheduled to take place on Friday.

Prayuth rejected the allegation and threaten to sue the spokeswoman, Pannika Wanich, who was among the Future Forward leaders barred from politics last Friday.

“I told related agencies to investigate,” Prayuth told reporters. “If there is anything that can be sued they will do so.”