With his side down 2-0 after the first leg, Ronaldo stepped up for Juventus and scored a hat trick. 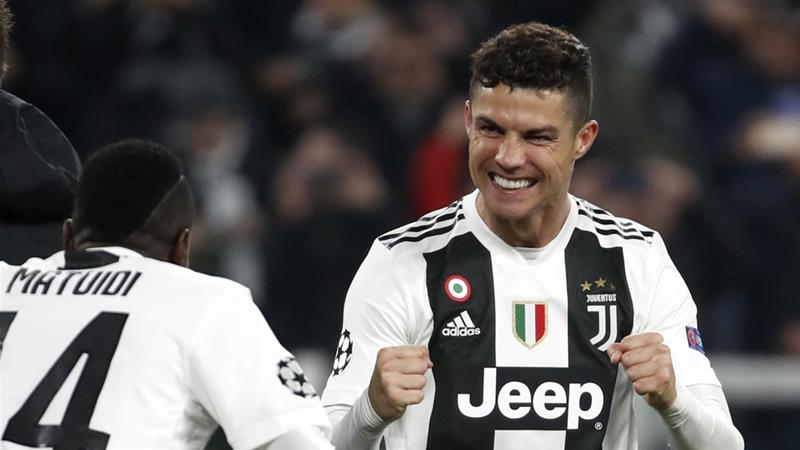 With the odds stacked against Juventus, Cristiano Ronaldo once again proved why he is one of the best players of all time.

Juventus defeated Atletico Madrid 3-0 on Tuesday in the UEFA Champions League, thanks to a hat trick by Ronaldo, to advance to the quarterfinals on a 3-2 aggregate.

With his side down 2-0 after the first leg at Wanda Metropolitano, Ronaldo stepped up for Juventus.

Ronaldo’s first goal came in the 27th minute when he scored a powerful header off Federico Bernardeschi’s cross inside the six-yard box.

His second goal at the start of the second half, when another header was saved initially by goalkeeper Jan Oblak, but the ball trickled past the goal line, confirmed by goal-line technology.

Juventus scored one more in the 86th minute when Bernardeschi was pushed to the floor by Atletico Madrid player Correa in the 83rd minute, the referee rewarded a penalty kick.

Ronaldo scored the penalty and completed the hat trick to give his team victory over the Spanish side.

Manchester City blew out Schalke 04 with a score of 7-0 at home and advanced to the quarterfinals on a 10-2 aggregate.

City registered its biggest win in the Champions League, while it was also counted as the biggest single-leg win in the tournament’s history.

The quarterfinals draw will be made Friday, March 15.