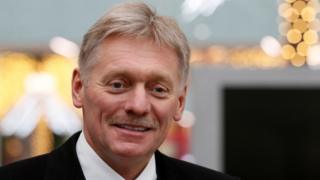 Russia has confirmed more than 232,000 cases of coronavirus – the second highest toll in the world.

In the last 24 hours the country has reported 10,899 infections, the tenth consecutive day that number has been above 10,000.

He is the latest high profile official to test positive, after Prime Minister Mikhail Mishustin caught the illness.

The news comes the day after President Putin eased the country’s lockdown. Factory and construction workers returned to work on Tuesday, though Mr Putin gave regions freedom to set restrictions depending on local circumstances.

Despite the high number of confirmed cases, Russia’s death toll is only 2,116.

Government officials say the country’s mass testing programme is responsible for that low mortality rate, but many believe the number is in fact far higher.

Meanwhile, authorities in St Petersburg have put out a fire in an intensive care unit, which killed five coronavirus patients and forced the evacuation of about 150 people.

What’s the latest in Russia?

Local media reported on Tuesday that Mr Peskov – the presidential spokesman since 2012 – had tested positive for the virus and was now in hospital.

“Yes, I am sick. I am receiving treatment,” new agencies quoted him as saying.

Prime Minister Mishustin tested positive for coronavirus two weeks ago. Since then, culture minister Olga Lyubimova has also been diagnosed with the virus, as has construction minister Vladimir Yakushev and one of his deputies.

Mr Peskov told TASS news agency that he last met President Putin in person more than a month ago. Mr Putin is working remotely from his residence outside the capital, and the Kremlin says his health is well protected.

The president announced the end of six weeks of “non-working days” in a televised address on Monday. Russians began returning to work on Tuesday morning. 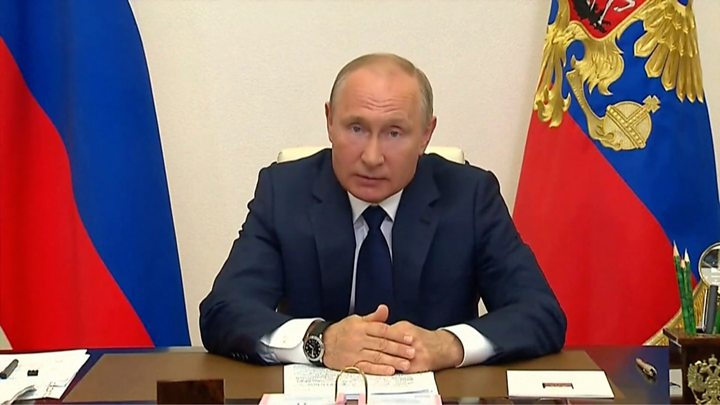 The outbreak is far from over, the president warned, saying that “danger remains”. But all sectors of the economy should begin to restart, he said – though local authorities could bring in tougher restrictions if needed to contain the spread of the virus.

Last week Mayor Sergei Sobyanin extended the capital’s lockdown until 31 May. Though construction and industrial workers must now return to work in the city, everyone must wear face masks and gloves in shops and on public transport.

Residents still cannot leave home unless to shop, work or walk the dog, and must have a digital permit to travel.

Mr Sobyanin has previously estimated that the capital may have more than 300,000 infections – about three times its current confirmed tally.