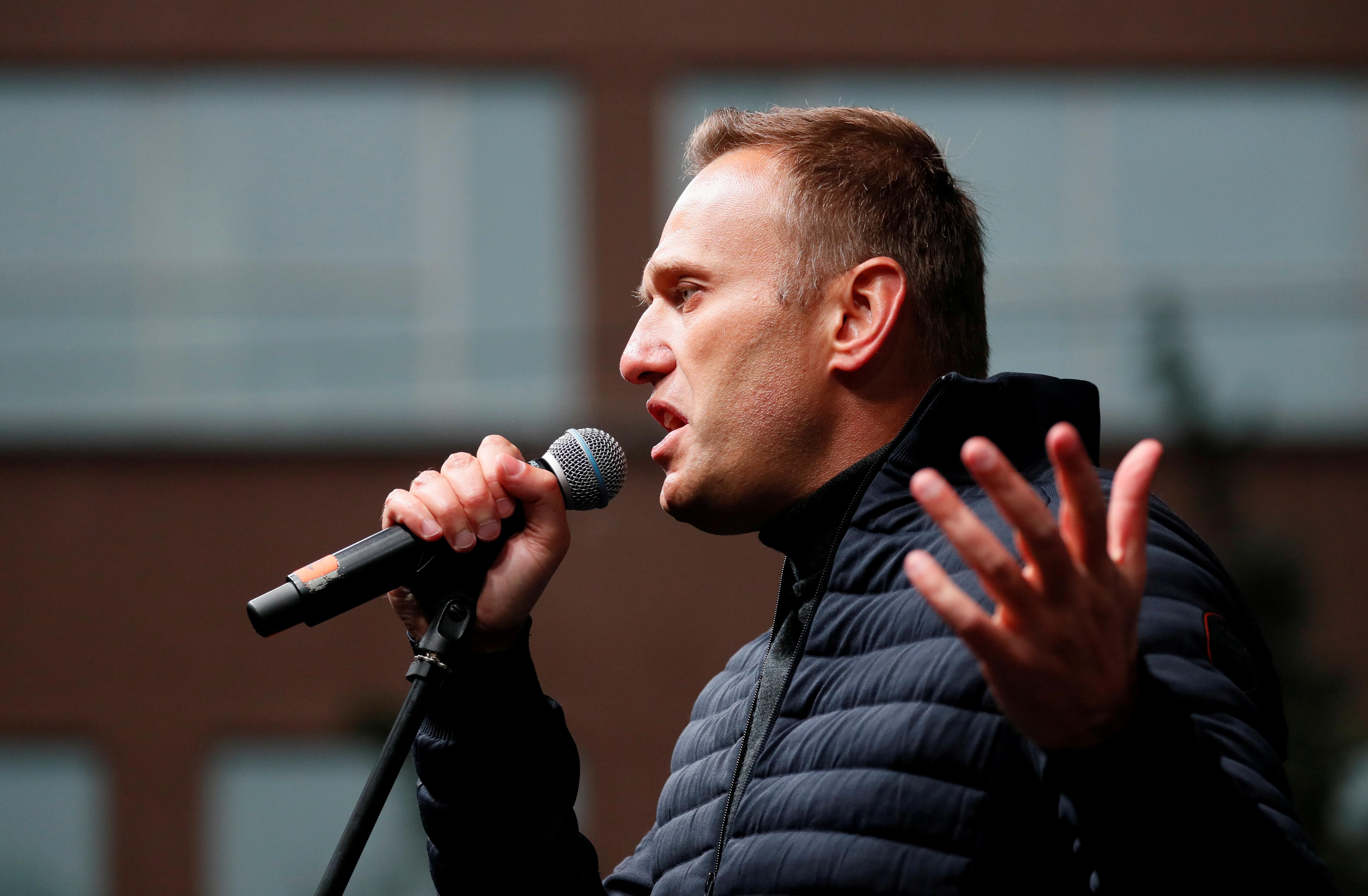 MOSCOW (Reuters) – Russia’s Interior Ministry said on Thursday it was launching an investigation into the hospitalization of Kremlin critic Alexei Navalny over what his allies suspect was a poisoning.

Navalny, 44, is in a medically induced coma in a Berlin hospital where he was airlifted on Saturday after collapsing during a flight from the Siberian city of Tomsk to Moscow.

The German clinic treating him said its initial medical examination pointed to poisoning, though Russian doctors who had treated Navalny in a Siberian hospital have contradicted that diagnosis.

The transportation unit of the Siberian branch of the Interior Ministry said it was carrying out the preliminary probe after Nalavny’s flight made an emergency landing in the city of Omsk.

It said it had inspected the hotel room where Navalny had been staying in Tomsk and the routes he had taken in the city, as well as analysed video surveillance footage from the area.

It added that it had not found any drugs or other potent substances.

The Kremlin said this week it wanted the circumstances surrounding Navalny’s condition to come to light and that it hoped the incident would not hurt its relations with the West.

Germany, France and other countries have called on Russia to investigate. European Union ministers are set to discuss Navalny’s condition this week.

French Foreign Minister Jean-Yves Le Drian said on Thursday he was bemused by Russia not taking a transparent approach over the possible poisoning of Navalny.