Russian men of conscription age will be prohibited from leaving the country from Wednesday following Vladimir Putin’s “partial mobilisation” of men for the Russian war in Ukraine, new reports suggest. Crowds have been photographed at the Russian borders, including at the checkpoints between the Kremlin’s territory and Georgia, as those fearing receiving conscription drafts attempt to leave the country.

Independent Russian outlet Meduza reported that the borders will be closed to conscription-age men imminently by the Kremlin.

The ban on leaving Russia for those eligible for conscription will come in on September 28, the outlet reported, citing two Kremlin officials.

Putin announced a “partial military mobilisation” on September 21, with officials suggesting that 300,000 reservists could be called up to join the Ukraine invasion effort.

Announcing the measure in a rare television address, Putin said the partial mobilisation was a response to Western powers seeking to “destroy our country”. 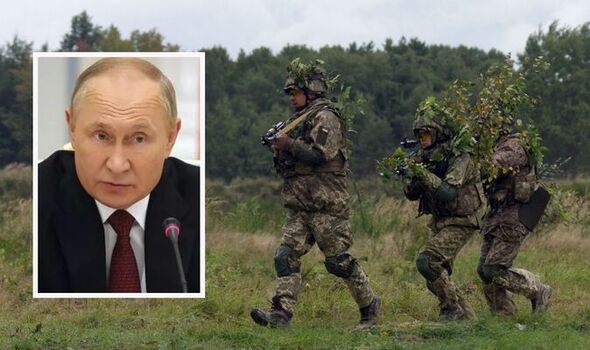 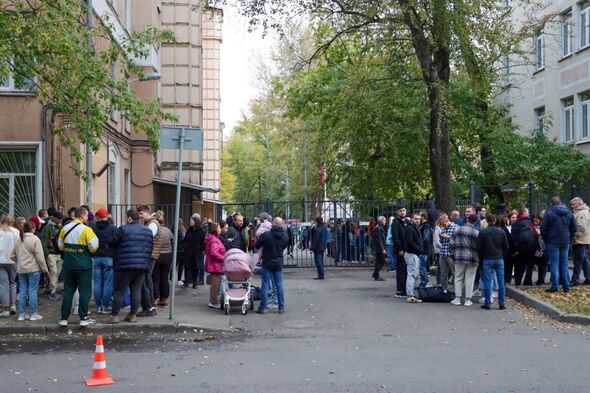 He said Western nations had attempted to “turn Ukraine’s people into cannon fodder”.

Putin added: “Military service will apply only to citizens who are currently in the reserve, especially those who have served in the armed forces, have certain military professions and relevant experience.”

Defence Minister Sergei Shoigu quickly added: “These are not people who’ve never seen or heard anything about the army.”

However, some reports in the days since the measure was announced have suggested that the criteria is wider than the Russian leader specified. 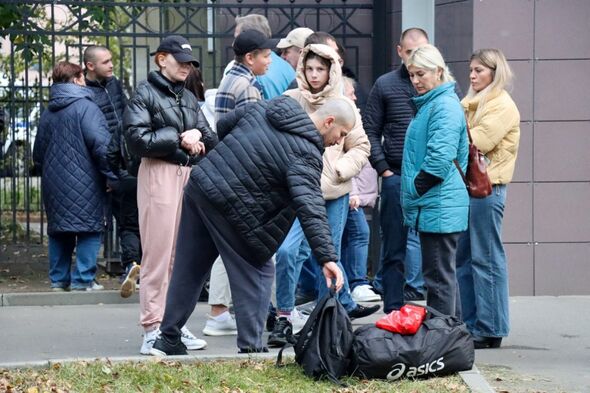 Putin then issued a warning that he was “not bluffing” when it came to Russia’s nuclear arsenal.

He said: “I want to remind you that our country also has various means of destruction, and for separate components and more modern than those of Nato countries.

“When the territorial integrity of our country is threatened, to protect Russia and our people, we will certainly use all the means at our disposal.”

But the conscription has drawn criticism even from within Putin’s circle of allies. 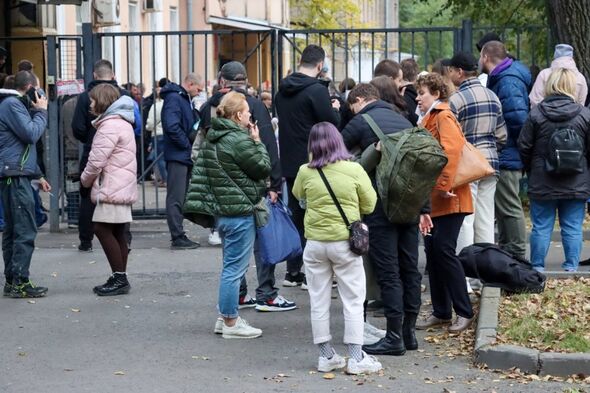 Valentina Matviyenko, who leads the upper chamber of Russia’s parliament, criticised the response of local officials after the move was announced.

She wrote on social media: “Such excesses are absolutely unacceptable and I consider it absolutely right that they are triggering a sharp reaction in society.”

Riot police have also been called in to suppress protests that have continued since the announcement across Russia.

Human rights groups said on Sunday that around 2,000 people have been detained in Russia since Wednesday’s declaration.

In its daily intelligence update, the UK Ministry of Defence also suggested the mobilisation order could be used to reinforce the National Guard, which is under “particular strain”.

This comes as Moscow pushes through staged referendums in the occupied Ukrainian regions of Luhansk, Donetsk, Kherson, and Zaporizhzhya.