The video footage released by Ukraine’s military forces shows the aftermath of a drone strike on a Russian relic tank.

Ukrainian forces managed to track and locate a Russian T-62M tank with three Russian soldiers inside in the South of rural Ukraine.

The aftermath of the drone strike showed Russian soldiers fleeing from the tank and running in an open field, for their lives.

The ongoing invasion of Ukraine has been ramping up this week as Ukrainian forces managed to win back occupied Russian land on Snake Island.

And NATO has vowed to give more support to their war effort in order to stop the Russian threat to the rest of Europe.

Ukrainian forces managed to locate and track an ancient Russian T-62M tank by using a top-of-the-range drone, in the South of rural Ukraine.

The drone aims at the tank and strikes with accuracy and precision.

Smoke begins to billow out of the tank, which contained three Russian soldiers.

The tank appears to slow down and stop in the middle of the open field after being hit by heavy artillery from Ukrainian forces.

The top of the tank opens up and three soldiers exited quickly and began to run across the open field, in different directions.

Russian officials have not announced any casualties, and it is unknown if there was another soldier left behind in the obliterated tank. 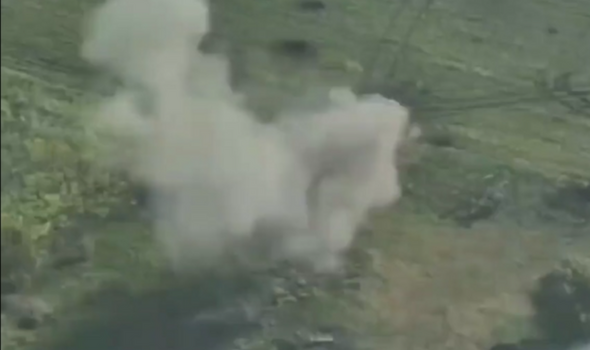 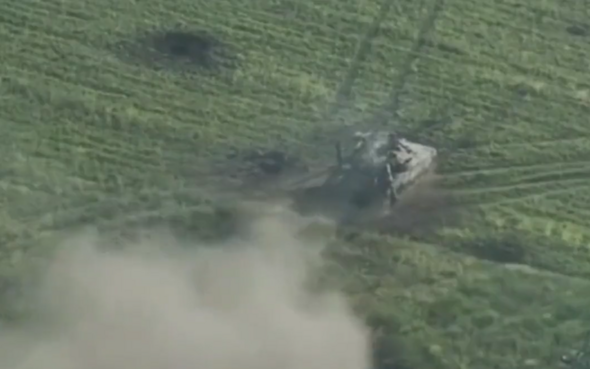 Users on social media have been reacting to the drone strike footage of the obliterated Russian tank.

@AaronIdstein said: “So either they are using a tank designed for 4 men with only a 3 men crew, which makes it already a death trap or one of the orcs got fried and they didn’t even try to save their comrade. Either way. Good news.”

@Dubliner112 said: “But, but, all the Pro Russian supporters told us truthfully that T62s had not been mobilised by Russia. Surely they wouldn’t lie.”

@GazNI1886 said: “Their kit is shite, this war has proven that. Imagine fighting NATO they would get pummelled.”

@Bayraktar_1love said: “OMG! It has taken too long to wait for this moment!”

@M_Horacek said: “Wait for the snow time. Sledges and troikas will be deployed then.” 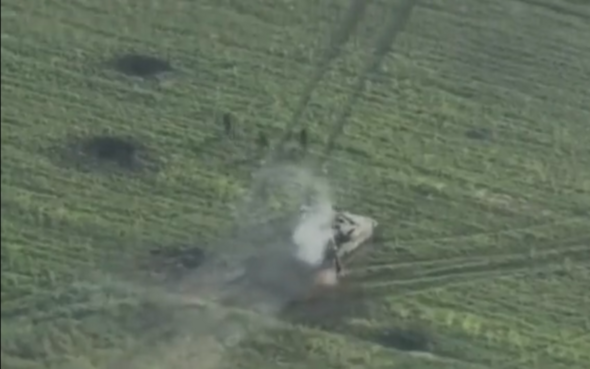 NATO-aligned countries have been offering their ongoing support to Ukraine in the form of funding and top-of-the-range weapons.

Other European countries have equipped Ukraine’s military with powerful weapons such as drones, howitzers and long-range weapons.

“As Putin fails to make the gains he had anticipated and hoped for and the futility of this war becomes clear to all, his attacks against the Ukrainian people are increasingly barbaric.

“UK weapons, equipment and training are transforming Ukraine’s defences against this onslaught.

“And we will continue to stand squarely behind the Ukrainian people to ensure Putin fails in Ukraine.”