Home » World News » Russian conscripts ‘given funeral’ before they leave to join Ukraine..

Due to Putin’s latest announcement, 300,000 Russian men have been mobilised in order to join the frontlines of battle in Ukraine. Video footage from various regions in Russia has shown men in their droves who have been conscripted, leaving their families and homes behind in order to hop in minivans and busses which will be travelling to Ukraine. This clip has shown men drinking alcohol and toasting each other before they leave for the illegal invasion of Ukraine. Putin’s decisions to threaten the West with nuclear retaliation and the mobilisation of more Russian men has escalated the war in Ukraine.

The Russian villagers can be seen pouring alcohol around to a group of men who are leaving to join the illegal invasion of Ukraine.

All the men gather around in a circle and hold their cups out in order to salute each other before they travel and leave their families behind.

The men raise their glasses and toast one another before heading off on their treacherous journey to the frontline.

BBC journalist Mark Urban explained that a few centuries ago it was a Russian custom to give conscripts a funeral before they left for battle. 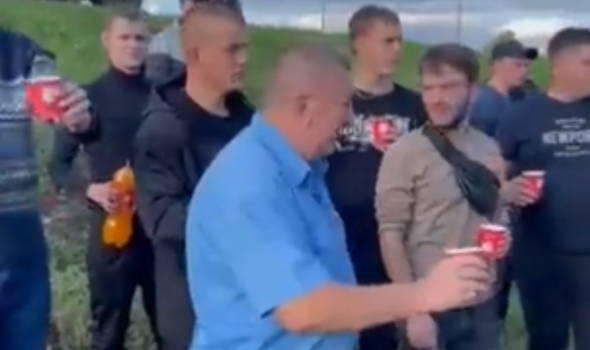 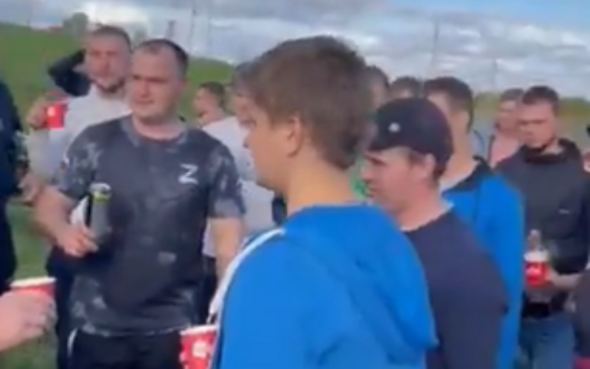 Users on social media have been reacting to the video clip.

@LlopisMarta96 wrote: “I understand why the Ukrainians are fighting. What I will never understand is why Russians are willing to die for the ego of a Dictator.”

@Grandmasterman wrote: “It tells you the sort of guy Putin is. Half (or more) of his army are dead or injured, and yet, he sends another 300,000 men into the battlefield. A concerning, utter disregard for the life of his own people.”

@Fiushin wrote: “They don’t really have a choice but to try to keep high spirits and enjoy the time when they can.”

@Kescior wrote: “Very soon they will get full information from the first-person perspective about the “special operation.”

@HeikkiKyllonen wrote: “They said the first in line would be men under 35, with military experience. These guys are older…? Partial mobilisation my ass, they’re taking everyone they can get?!”

@LVG10 wrote: “This is horrible and sad. Very very sad and a total waste.” 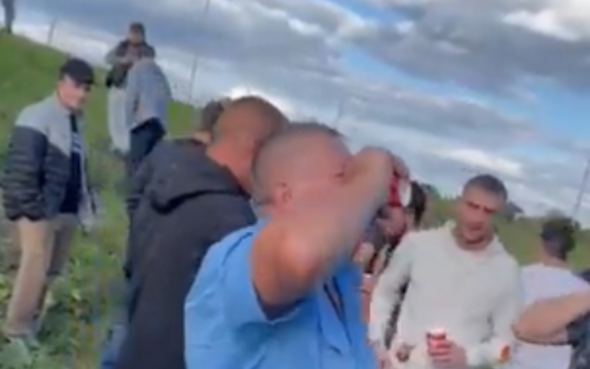 Mr Rosenberg told BBC Radio 4’s Today programme: “He said that people with experience, the military experience would be called up.

“So, already there are lots of reports of people receiving call-up papers, people who are in the military reserves.

“But as I say there is concern that this could be extended, there are lots of rumours in the air here of speculation that men of fighting age will not be allowed to leave the country.”