Footage emerged of Kremlin officers distributing military call-up papers in a block of residential flats following Vladimr Putin’s partial mobilisation decree. An apparent CCTV recording filmed officers entering the building by climbing through an open window above a small flight of stairs. The clip, which originally emerged on the messaging platform Telegram, suggests Kremlin authorities struggled to access homes in order to hand out essential documents forcing Russian citizens to report for military duty. The news comes amid a mass exodus of Russian civilians to neighbouring countries as thousands hope to evade the call to the frontline in Ukraine.

Vladimir Putin has ordered a partial mobilisation of Russian reserve forces in a plot to provide an additional 300,000 troops to Moscow’s armed forces.

The decision has faced a backlash from the Russian population as leading Kremlin figures, including the President, had repeatedly pledged not to initiate a widespread mobilisation plan.

Dmitry Peskov, a Kremlin spokesman, previously declared there was “no discussion” of a Russian mobilisation in order to continue the invasion of Ukraine. 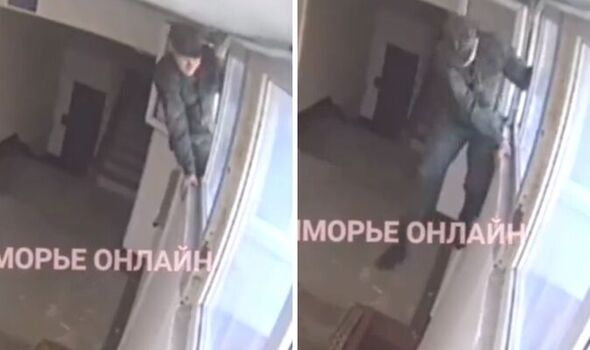 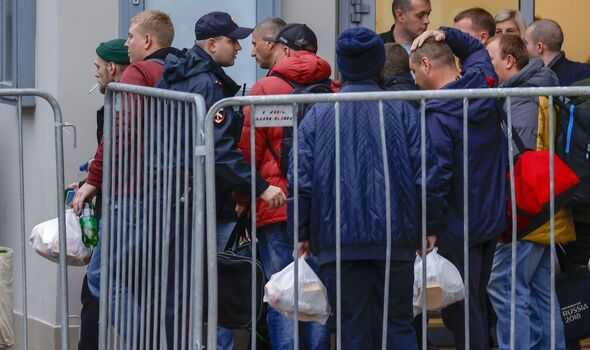 The partial mobilisation order has been widely cited as a signifier of Russian failings in the “special military operation” concerning Ukraine.

UK Defence Secretary Ben Wallace said: “No amount of threats and propaganda can hide the fact that Ukraine is winning this war, the international community are united and Russia is becoming a global pariah.”

The UK Ministry of Defence suggested the mobilisation decree had ignited an “increasing sense of domestic awareness” surrounding Moscow’s poor performance on the battlefield.

The Russian military has already conceded thousands of kilometres of occupied territory to the Ukrainian counter-offensive operation since the beginning of September. 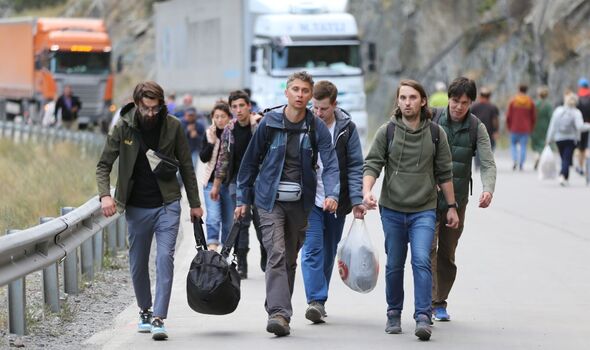 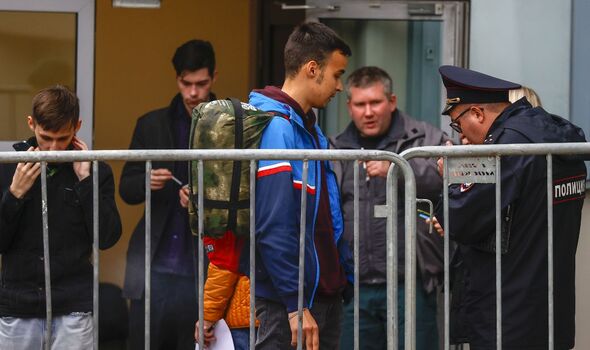 With hopes of dodging mandatory military service, swathes of Russian citizens have fled to neighbouring countries in the wake of Vladimir Putin’s announcement.

The retreat towards land borders has been complicated by a series of restrictions against Russian tourists implemented by EU nations. Prior to the mobilisation decree, Latvia, Lithuania, Estonia and Poland all confirmed their borders would remain closed to Russian tourists.

Following a flood of Russian civilians turning to Finland for escape, the Ministry of Foreign Affairs announced on Thursday new restrictions would be imposed on Russian tourists crossing the border until further notice.

In the last week alone, authorities in Georgia reported 10,000 Russian citizens had crossed the Verkhny Lars border each day. The Associated Press declared some 98,000 Russians had entered Kazakhstan since the partial mobilisation plot was revealed.

Don’t miss:
UK is being ‘openly threatened with nuclear war and must prepare’ [REVEAL]
Russia mother has Twitter in disbelief as she proudly sends son to war [INSIGHT]
Putin facing ‘exodus’ from Russia as brain drain to hit economy [ANALYSIS] 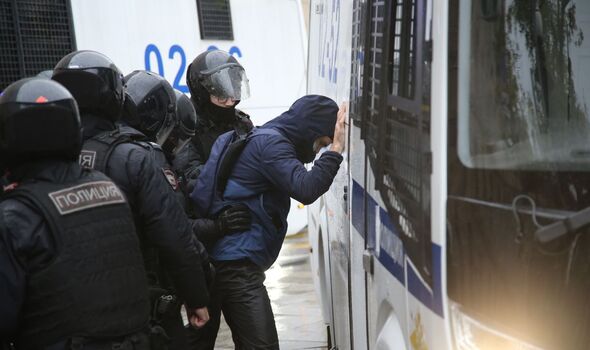 In a further act of intimidation, Putin signed a decree to strengthen penalties for avoiding mandatory military duties.

Under the new ruling, the sentenc for evading conscription has doubled from five years to 10. Additionally, the punishment for voluntary surrender to enemy forces has been escalated to a 10-year prison term.

Despite the Kremlin’s moves to dispel opposition to the mobilisation order, protests have rocked major cities across the country, with thousands taking to the street in support of anti-war movements. Human rights group OVD-Info reported just over 2,400 people had been detained by authorities within Russia for their involvement in such protests.