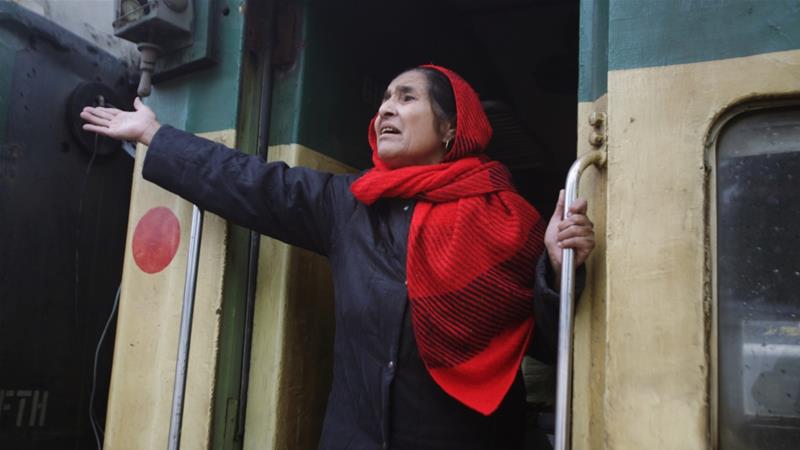 A special court in India has acquitted four men accused of bombing a train linking India and Pakistan 12 years ago, in an attack that killed 68 people.

The victims in the February 2007 blast at the Samjhauta Express train included 43 Pakistani citizens and 10 Indians. The identities of the remaining 15 could not be established.

The ruling on Wednesday cited the lack of evidence for the acquittal of Swami Aseemanand, Kamal Chauhan, Rajinder Chaudhary and Lokesh Sharma who were charged by the NIA.

“Prosecution has failed to prove the case so the court acquitted all of them,” defence lawyer Mukesh Garg told reporters outside the court in the northern state of Haryana on Wednesday.

According to India’s National Investigation Agency (NIA), which probed the case, the attack was carried out by a Hindu far-right group to avenge similar attacks allegedly carried out by Muslim groups with the aim of threatening the “unity and integrity” of India.

Swami Aseemanand, alias Naba Kumar Das, a former member of the Hindu nationalist group Rashtriya Swayamsevak Sangh (RSS), had been described as the alleged mastermind in the conspiracy.

The NIA’s chargesheet said that the men met at different locations across India to plot bombings targetting Muslims.

This is the second major setback for the NIA in a “terror” case allegedly involving Hindu groups. In April last year, the NIA court had acquitted all the 11 men charged by the investigating agency in the Mecca Masjid blast case where six people were killed in the southern city of Hyderabad.

Pakistan summoned India’s ambassador to protest against the acquittal.

In a statement, Pakistan called it a “travesty of justice” that reflected an “Indian state policy of promoting and protecting Hindu terrorists”.

The Samjhauta express, also called the Friendship Express, was started in 1994 as a goodwill measure to help families separated by the 1947 India-Pakistan partition.

Many of the 299 witnesses listed by the NIA in the case turned hostile during the course of the protracted trial, which was presided over by eight judges. Thirteen witnesses were Pakistani citizens who never responded to a summons to appear before the trial court, citing security concerns.

The Samjhauta Express bombing was part of a string of similar attacks in 2006 and 2007 where the targets were ostensibly Muslims and investigations by the NIA pointed to the role of Hindu groups.

The first was in September 2006 when a string of explosions was set off at a Muslim cemetery in Malegaon, a town in Maharashtra state, which killed at least 40 people.

In May 2007, a blast in the 400-year-old Mecca Masjid in Hyderabad city killed six people and five more died when the police opened fire on people who launched a spontaneous agitation at the site.

At least two people were killed when a bomb went off at the Ajmer Dargah in the northern state of Rajasthan in 2007.

Swami Aseemanand, who featured prominently in the course of the investigations, had said in a taped interview in 2014 to Indian magazine The Caravan that some of the worst attacks in the country were sanctioned by the then-RSS top leadership.