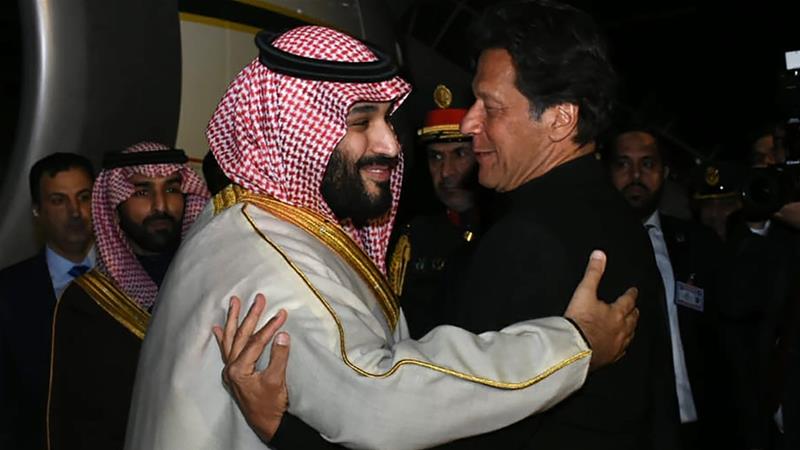 Prince Mohammed, also known as MBS, arrived in Pakistan’s capital, Islamabad, on Sunday, a day after he was originally scheduled to land. He was greeted by Prime Minister Imran Khan and given a red-carpet welcome with a 21-gun salute.

Khan himself drove the Saudi royal to the prime minister’s residence, where he was met by an honour guard.

The prince was accompanied by a high-powered delegation, including leading businessmen and cabinet ministers, who shortly after their arrival in Pakistan signed a spate of agreements totaling more than $20bn, according to Prince Mohammed who spoke at a joint press conference later with Khan.

“It’s going to grow every month, every year,” he said of economic cooperation between the two countries. “We believe Pakistan is going to be a very important country in the coming future and we want to be sure we are a part of that.”

The crown prince also announced his vision to make Saudi Arabia a top destination for tourism. The kingdom aims to diversify its oil-reliant economy in a plan described as Vision 2030.

“We are going to target 100 million tourists… We cannot commit to 2030 but we will reach that [figure] one day,” he said.

Major roads in Islamabad were blocked off for Prince Mohammed’s arrival with more than 1,000 police checkpoints set up. Entry into the fortified diplomatic zone was banned, and the airspace over the city was shut down.

Saudi and Pakistani flags were on display throughout the city, alongside portraits of MBS and Khan.

Mobile phone and internet services were blocked in parts of the city. Monday has been declared a public holiday and schools and offices will be closed.

Analysts say Prince Mohammed’s trip is being treated by Islamabad as the biggest state visit since Chinese President Xi Jinping in 2015, soon after Beijing announced plans to invest tens of billions of dollars on infrastructure in Pakistan as part of China’s global Belt and Road initiative.

MBS will become the first guest to stay at the prime minister’s house, as Khan has refused to use the residence since coming into power last year in a bid to save taxpayers’ money.

Pakistan is in the grip of a major debt crisis and is seeking a $12bn bailout from the International Monetary Fund, but has yet to sign the deal that comes with tough conditions.

Saudi Arabia has in recent months helped keep Pakistan’s economy afloat by propping up its rapidly dwindling foreign exchange reserves with a $6bn loan, giving Islamabad breathing room as it negotiates the bailout with the International Monetary Fund.

During Prince Mohammed’s visit, Pakistan and Saudi Arabia “will be signing a number of agreements and MoUs related to diverse sectors, including investment, finance, power, renewable energy, internal security, media, culture and sports”, according to Pakistan’s foreign office.

That includes a $10bn refinery and petrochemicals complex in the coastal city of Gwadar, where China is building a port, as well as the possible acquisition of two major power plants by Saudi companies, officials and analysts told Al Jazeera.

Prince Mohammed’s trip comes amid high tensions in the region: India and Saudi Arabia’s archrival Iran – both bordering Pakistan – have accused Islamabad of backing “militant” groups which have carried out suicide attacks on their soil in recent days.

It will also apparently coincide with possible new talks between the Taliban and the United States on Afghanistan.

After Pakistan, MBS will travel to India, where he will meet Prime Minister Narendra Modi and Petroleum Minister Dharmendra Pradhan.

He is expected to finish the trip with a visit to China on Thursday and Friday.

Two short stops initially scheduled for Sunday and Monday in Indonesia and Malaysia were postponed on Saturday without explanation. 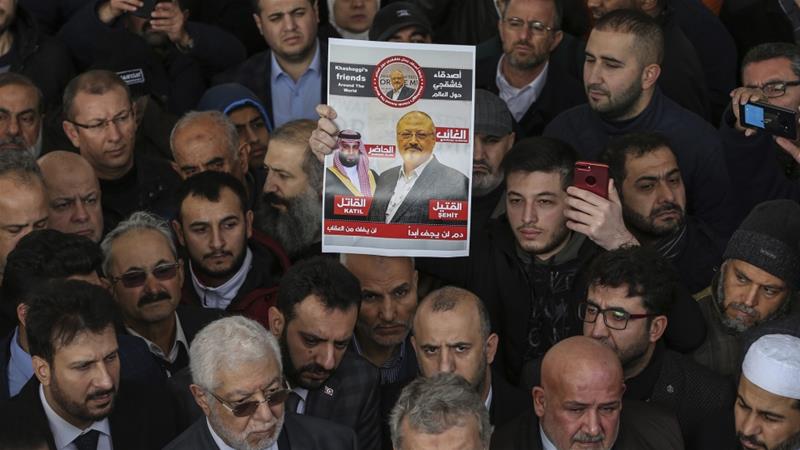