An 11-month-old girl, who was treated at the same health centre as a previous fatal case, dies from the virus, UN says. 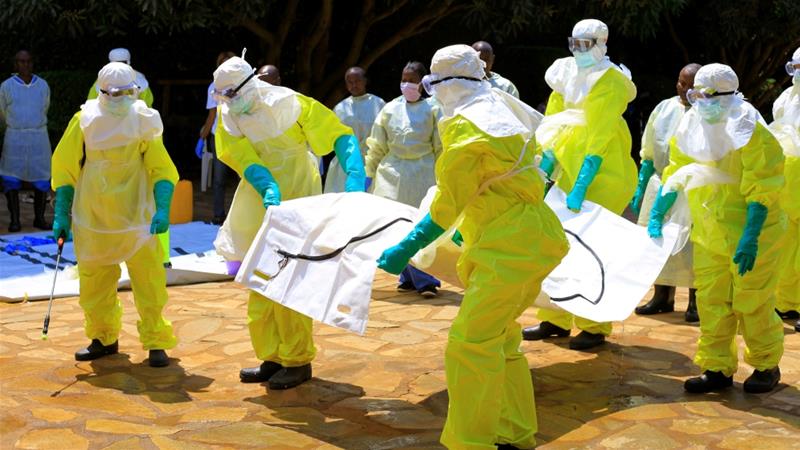 The Democratic Republic of the Congo has recorded a second Ebola death in days following more than seven weeks without a new case, the World Health Organization (WHO) said.

The DRC had been set on Sunday to mark an end to the second-deadliest outbreak of the virus on record, until a case was confirmed on Friday in the eastern city of Beni.

The outbreak has killed more than 2,200 people since August 2018 in an area of the country where violence by armed groups hobbled efforts to contain it.

The latest victim was an 11-month-old girl, who was treated at the same health centre as the previous case, a 26-year-old electrician, said Boubacar Diallo, deputy incident manager for the WHO’s Ebola response.

Officials say it is not yet clear how the electrician contracted Ebola. He had no known contacts with other Ebola patients and was not a survivor of the virus who could have relapsed, the government said on Friday.

Flare-ups or one-off transmissions are common towards the end of Ebola outbreaks, and a new case does not necessarily mean the virus will spread out of control again.

Ebola causes fever, bleeding, vomiting and diarrhoea and spreads among humans through bodily fluids. During this outbreak, it killed about two-thirds of those it infected.

The WHO has identified 215 people who came into contact with the electrician, including 53 health workers at three facilities the man visited before he died, Diallo said.

All but one of the health workers had already been vaccinated, he said.

On Saturday, a group of angry young men threw stones at a team of WHO workers and Beni’s deputy mayor as they attempted to decontaminate the electrician’s home and trace his contacts, Diallo said.

“For them, Ebola is over,” he said. “People here have some problems understanding how this case just came two days before the declaration of the end.”

The deputy mayor was forced to abandon his car and escape by motorbike taxi, said Kambale Sabuni, head of the police in Beni.