NEW DELHI (Reuters) – At least seven people were killed and around 150 were injured in clashes between opposing groups in the Indian capital, a police official told Reuters on Tuesday, the deadliest riots in the city since protests against a new citizenship law began over two months ago. 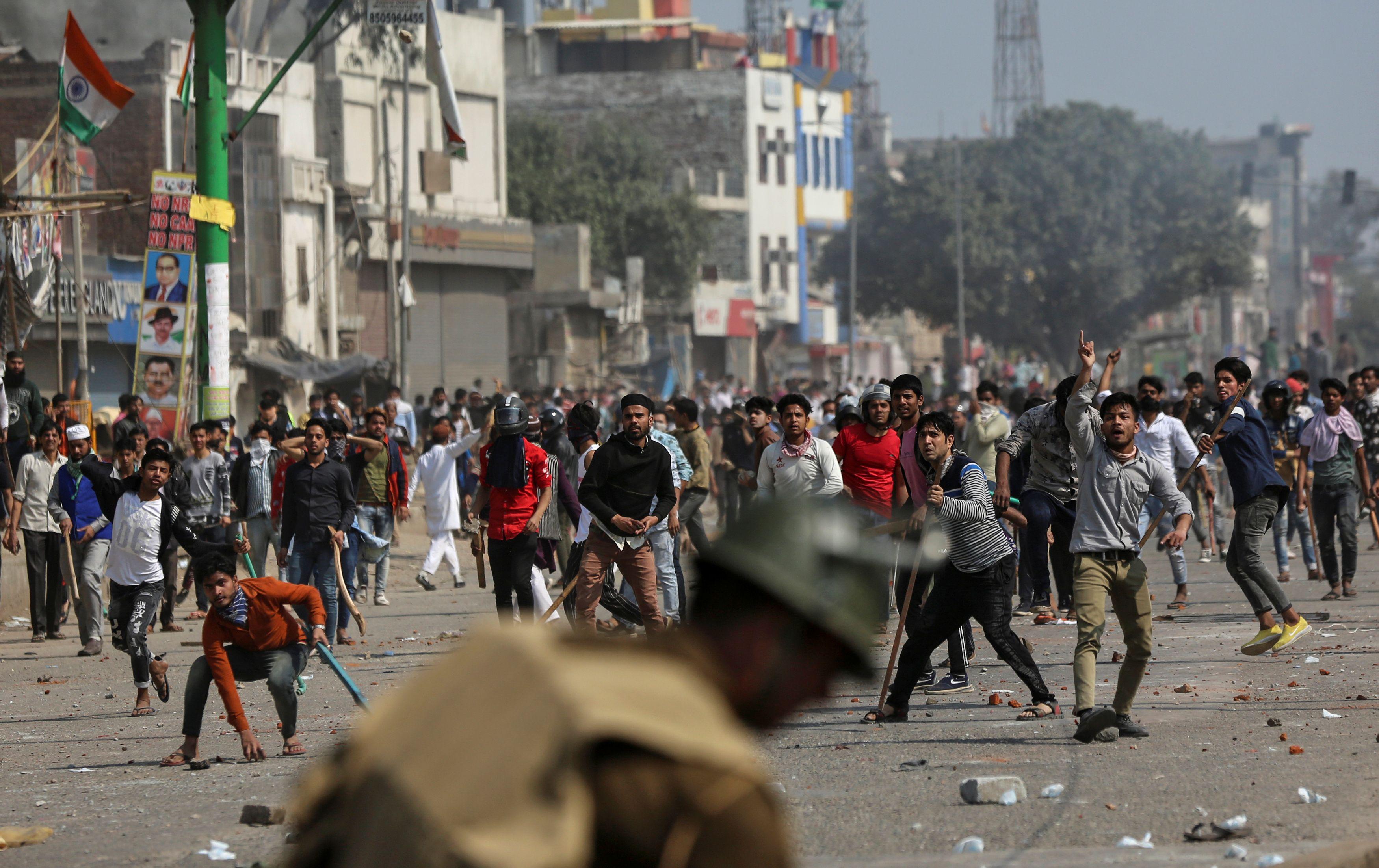 “Seven persons, including one head constable of Delhi police, have died,” said Anil Mittal, a police officer, adding around 150 persons were injured in the violence on Monday.

The clashes erupted in a northeastern district of the city between thousands of people demonstrating for and against the new citizenship law. Police used tear gas and smoke grenades, but struggled to disperse the stone-throwing crowds that tore down metal barricades and set vehicles and a petrol pump alight.

“Some of the people brought in had gunshot wounds,” said Dr Rajesh Kalra, additional medical superintendent at the Guru Teg Bahadur Hospital in New Delhi.

Tensions in parts of the city remained high on Tuesday with schools remaining shut in some areas amid news reports of fresh clashes. At least five metro stations in the city were closed.

A fire department official told Reuters that its teams were responding to reports of at least eight separate cases of arson on Tuesday, linked to fresh protests in the city. One department vehicle was also torched by protesters on Monday, and a small number of firemen were injured in the violence, he added.

The violence on Monday began just as U.S. President Donald Trump began his maiden visit to India. Trump and Prime Minister Narendra Modi are set to meet for talks on Tuesday at a venue located a few miles away from where the clashes occurred.

At a press conference early on Tuesday, Delhi Chief Minister Arvind Kejriwal appealed for people to maintain peace, “Whatever problems people have can be resolved peacefully,” he said. “Violence will not help find a solution.”

India’s Home Minister Amit Shah is expected to meet Kejriwal and police officials on Tuesday afternoon to discuss the situation.

India’s capital has been a hotbed of protests against the new Citizenship Amendment Act (CAA), which eases the path of non-Muslims from three neighboring Muslim-dominated countries to gain Indian citizenship.

This has led to accusations that Modi and his Hindu nationalist Bharatiya Janata Party (BJP) are undermining India’s secular traditions. The BJP denies any bias against India’s more than 180 million-strong Muslim minority, but objectors have been holding protests and camping out in parts of New Delhi for two months.

The violence erupted even as Trump was praising India as being a tolerant country.

“India is a country that proudly embraces freedom, liberty, individual rights, the rule of law, and the dignity of every human being,” Trump said while addressing a rally of more than 100,000 people in Modi’s home state of Gujarat. “Your unity is an inspiration to the world.”