At least four people have died and five are still missing after two buildings collapsed in Sicily following a gas explosion.

The captain of the local firefighters, Giuseppe Merendino, confirmed the fatalities but said two people had been found alive under rubble after the blast in the town of Ravanusa, Sicily, at about 8.30pm local time yesterday.

However, he added firefighters were still looking for five missing people, including two children and a young couple who are expecting a baby.

Pictures from the scene showed huge piles of rubble scattered on roads and over cars, with the damaged building still alight as firefighters carried out the search. 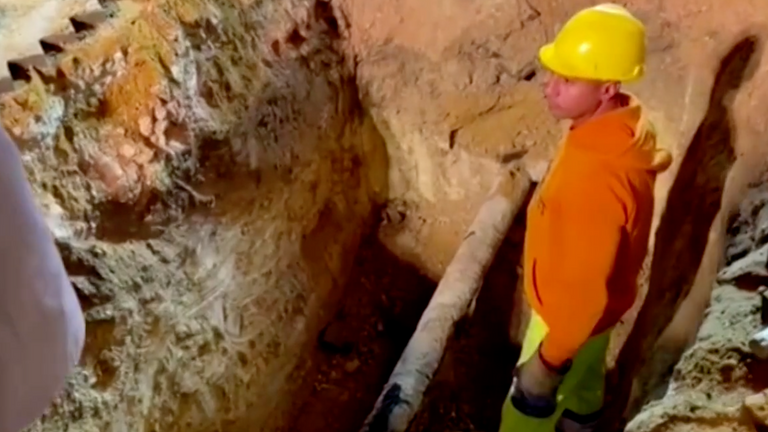 Filippo Barbera, a priest who was celebrating mass nearby on Saturday evening, said the houses caught fire when a natural gas pipe exploded.

He said: “It is a huge tragedy… Let’s pray to ask God to avoid more deaths.”

About 250 rescuers, including civil protection volunteers, joined the search effort.

They also brought sniffer dogs and overhead drones to help find people under the rubble.

Rescue workers managed to contain the fire triggered by the explosion at about 11.15pm. 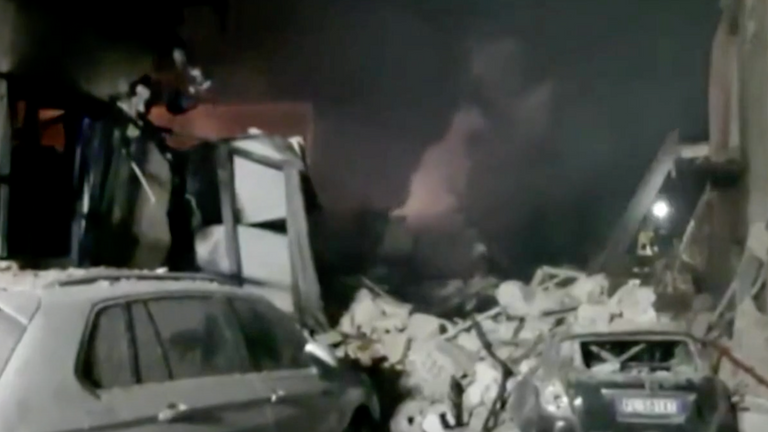 Salvo Cocina, the head of Sicily’s civil protection unit DRPC, said an elderly woman was among those rescued from the rubble of one of the buildings.

She had been taken to a hospital in the nearby city of Licata, after she suffered minor injuries including some fractures, he said.

Another woman, who is believed to be her sister, was also pulled out of one of the collapsed buildings.

Ravanusa has a population of 11,000 people and is near Agrigento, a city in the southwest of the island famous for its Greek temples.