Images of the Admiral Makarov and Admiral Grigorovich steaming through the Bosphorus Strait, which links the Black Sea with the Mediterranean, were posted on social media. The vessels, both armed with Kalibr cruise missiles, are heading for the Syrian port of Latakia after last night’s attacked sparked fears of a serious escalation in the conflict.

Without urgent action, the risk of even greater escalation grows by the hour

The reaction on social media was one of anger and astonishment.

One Twitter user said: “So Russian warships are sailing through Turkish waters to bomb Turkish troops!”

Another said: “The Turks should sink them now.”

Under the terms of a 1936 international treaty known as the Montreaux Convention, the Bosphorus – which runs right through the middle of Istanbul – is open to all civilian vessels during peacetime, as well as naval ships belonging to its Black Sea neighbours.

It gives Russia’s Black Sea fleet easy access to the Med and beyond and has been of massive strategic importance in the Syrian conflict. 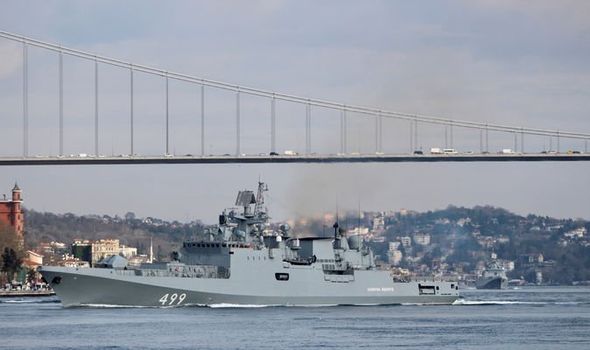 Russian navy officials confirmed the two frigates from the Black Sea Fleet were en route to the Syrian coast. Both warships have previously taken part in Russia’s offensive in Syria.

They sailed through Istanbul as angry crowds gathered outside the Russian consulate in the city after news of last night’s deadly airstrikes emerged.

Standing in front of a line of riot police and a water cannon, they chanted “murderer Russia, murderer Putin”. 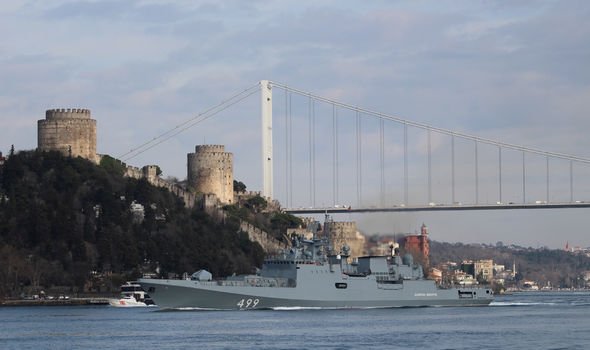 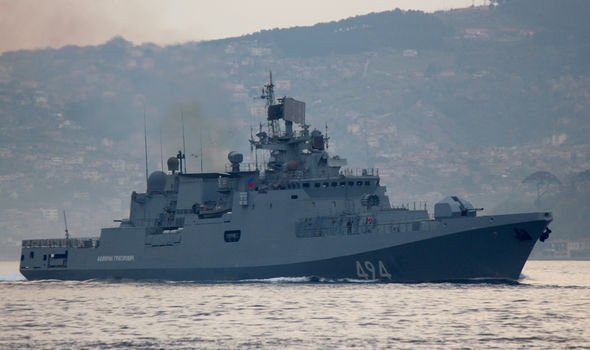 Turkey said the airstrikes came despite coordination with Russian officials on the ground and continued despite warnings after the first bombing raids.

UN secretary-general António Guterres reiterated his call for an immediate ceasefire and expressed serious concern about the risk to civilians from escalating military actions.

UN spokesman Stephane Dujarric said: “Without urgent action, the risk of even greater escalation grows by the hour.”

NATO’s secretary-general Jens Stoltenberg has called on Russia and Syria to halt the offensive in Idlib and said NATO stood in solidarity with Turkey. 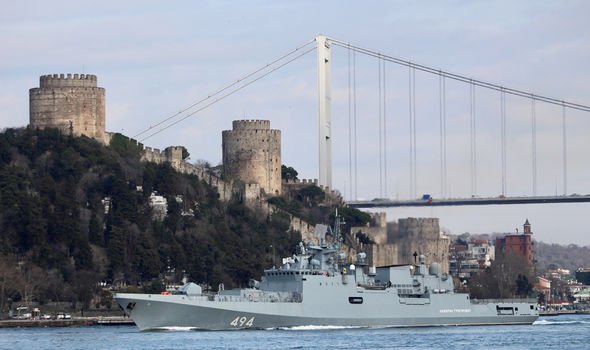 Mr Stoltenberg said: “We call on Russia and the Syria regime to stop the attacks, to stop the indiscriminate air attacks.

“We also call on Russia and Syria to fully respect the international law.

“We call on Syria and Russia to fully engage in UN-led efforts to find a peaceful solution for the conflict in Syria.”

Mr Putin and Turkish President Tayyip Erdogan have spoken on the phone and agreed to organise top-level talks to address the situation in Idlib which both men said was a matter of “serious concern”.

Russian and Turkish officials are meeting in Ankara today.

Related posts:
Best News
Half a billion apples left rotting in fields as cider sales go flat
Ryanair passenger horror after ear bitten off by drunken thug on Majorca flight
US elections live news: Romney for filling Supreme Court vacancy
Beast of a pitbull swallows entire stack of pancakes in just three seconds
Russia faces problems looking into Navalny case after evidence removed: Kremlin
Recent Posts
This website uses cookies to improve your user experience and to provide you with advertisements that are relevant to your interests. By continuing to browse the site you are agreeing to our use of cookies.Ok