BRATISLAVA (Reuters) – Voters look poised to oust the center-left Smer party that has dominated Slovakia’s political landscape for more than a decade in a national election on Saturday overshadowed by anger over high-level graft. 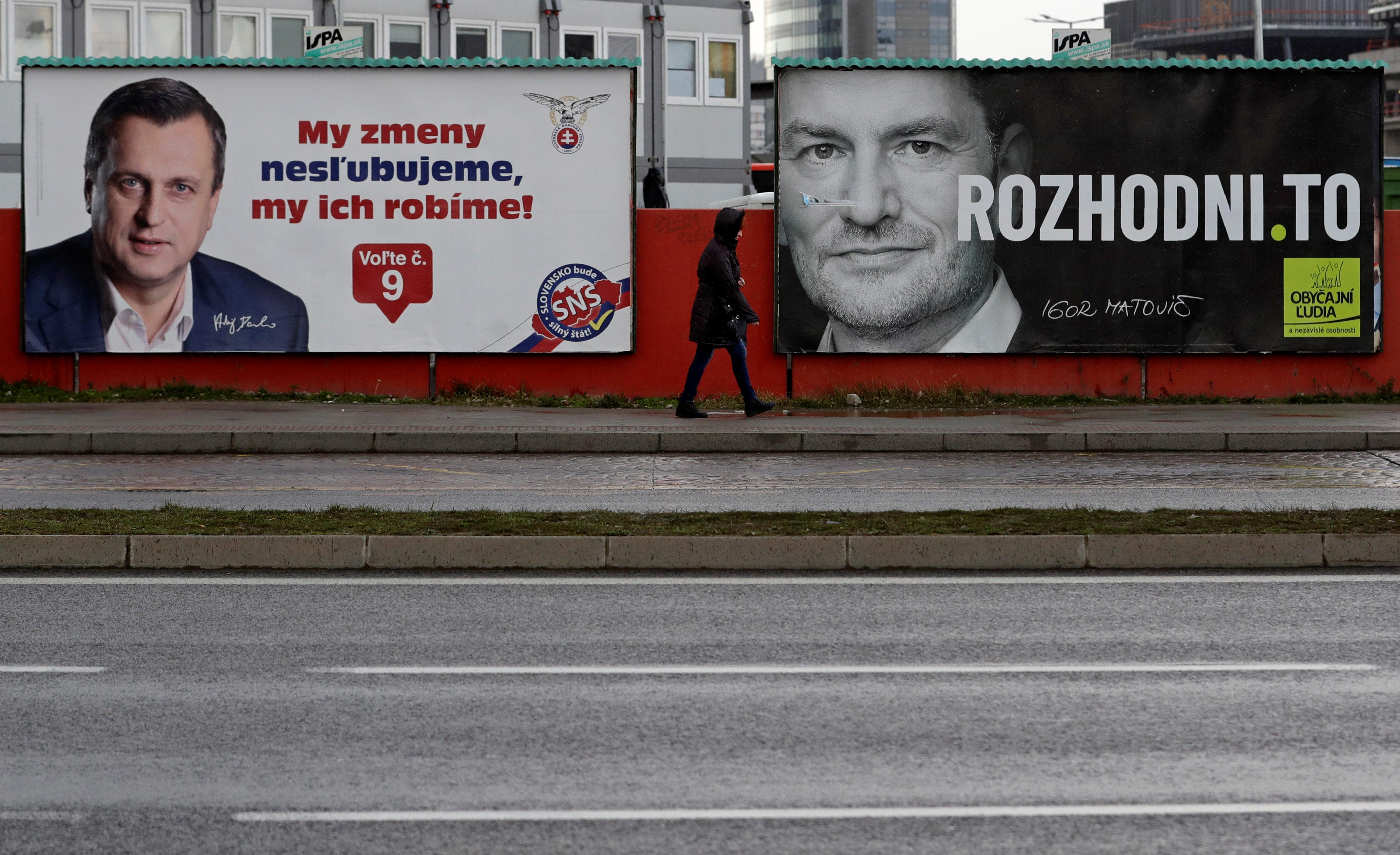 Opinion polls ahead of a two-week moratorium before the ballot pointed to a rapid rise for anti-corruption movement Ordinary People (OLANO), increasing chances it may form a center-right majority with smaller conservative and liberal parties to outmaneuver Smer.

OLANO founder and leader Igor Matovic has pledged to clean up Slovak politics, an ambition encapsulated in his party’s slogan: “Let’s Beat the Mafia Together”.

“We can get rid of government that used its power to make itself and connected people rich,” he said in the final television debate this week. “Poor people were paying for that, sick people were dying unnecessarily, and young people were leaving Slovakia. Let’s turn that around.”

The political shift in the euro zone member state, which has avoided fights with Brussels unlike its central European Visegrad Groups neighbors Hungary and Poland, started with the 2018 murder of journalist Jan Kuciak and his fiancee.

An investigation unearthed communications between a businessman now on trial for ordering the hit and politicians and judicial officials. He has denied the charges.

The killing led to the biggest street protests in the post-communist era, forcing Smer leader Robert Fico to resign, though his party’s coalition held on to power in the nation of 5.5 million.

OLANO’s support surged after Matovic filmed a video outside a former Smer finance minister’s villa in France last month and called for the property to be confiscated.

Matovic, 46, told Reuters last week he wanted to be a conciliatory voice toward the EU within Visegrad.

The former owner of regional newspapers, a lawmaker since 2010, calls himself a social conservative and economic liberal.

In the European Parliament, OLANO is aligned with the center-right European People’s Party.

“What could happen would be some differentiation from other Visegrad countries and leaning toward Germany or the German-French (European) engine,” said political scientist Pavol Babos from Comenius University in Bratislava.

An OLANO-led government might struggle to agree on policies, however, as it would be made up of up to six parties including euroskeptics, conservatives and progressives.

Smer was seen scoring its worst result since 2002, although it might still end up as the biggest party. Its nationalist and Hungarian minority allies faced the threat of dropping out of parliament.

It might try to retain power by securing support from the far-right People’s Party, but political analysts said that option looked increasingly unlikely.

No new government is likely to lift Slovakia’s opposition to accepting migrants or allowing gay partnerships or marriages.