The South China Sea has been at the centre of diplomatic rows for years. China has controversially claimed 90 percent of the sea as its territorial waters, angering neighbouring Asian countries. Even more concerning is Beijing’s military development on some of the island’s in the South China Sea. China has built huge military bases and increased its military presence in the region.

In response, the US has also increased its own presence with naval patrols.

Nan Tian, a senior researcher in military expenditure at SIPRI, told CNBC in April that the increasing military activity in Asia could cause a conflict with “severe consequences.”

He said: “The region is arming at an alarming rate. Countries are playing with each other in terms of action-reaction, where when one country increases [purchases], another country [also] increases, procuring more weapons.

“North Korea is testing and developing nuclear weapons, which of course is a greater concern to not only the region but the world as a whole.

“A miscalculation could have severe consequences, given the amount of weapons being procured and the amount of financial resources being allocated to the region’s militaries to increase capabilities.” 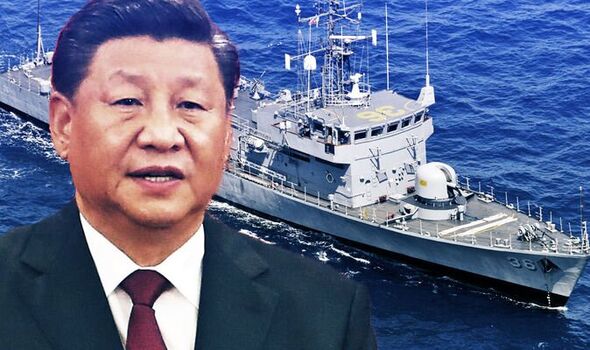 Around the world, spending on militaries surpassed $2trillion for the first time in 2021, with China and India among the biggest spenders.\

The US remains on top of this list while the UK and Russia were the fourth and fifth.

Mr Nian added: “This is the highest level ever recorded.

“It puts the point into perspective that throughout the times of economic recession, changes in oil prices or even the pandemic, military spending has seen a consistent, persistent increase.”

The South China sea isn’t the only cause for concern, however. 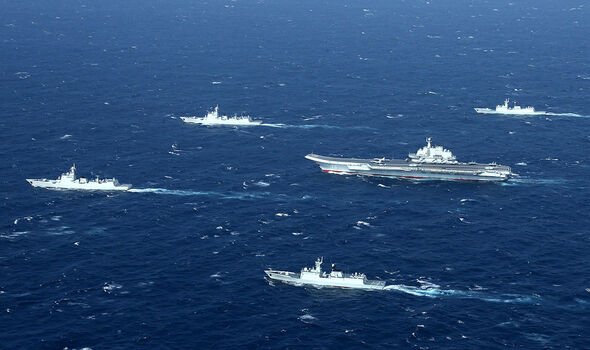 China has also tried to assert its dominance over Taiwan in recent weeks after US Speaker of the House Nancy Pelosi made a visit to the island.

Beijing considers Taiwan as one of its provinces. While the island has not declared independence, it has resisted attempts by China to undermine its self-governance.

Taiwan’s foreign minister, Joseph Wu, warned again this week that his country needs help from its allies around the world to prevent China’s aggression.

He told India Today: “Democracies must unite. China’s actions are not limited to Taiwan or the South China Sea. Australia is worried about China in the Solomon Islands. China is building a base in Djibouti.

“They targeted Taiwan this time but they also targeted the disputed water in the East China sea. And look at the way they expand their power in the South China sea. And this is not it. They also move beyond the first island chain into the Pacific. 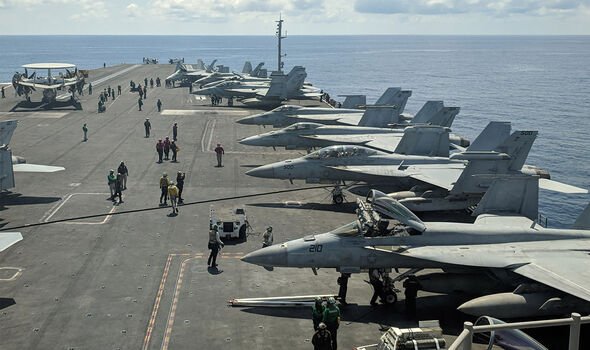 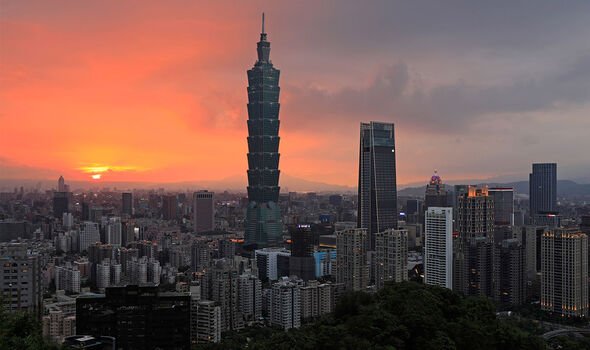 “The security agreement with the Solomon Islands got some countries very nervous as the islands are right at the doorstep of Australia and you can see how nervous Australia can be.”

It has been reported that Chinese President Xi Jinping tried to prevent Ms Pelosi from making her trip to Taiwan earlier this month.

US President Joe Biden was asked by Xi to stop the strip, the Washington Post claimed.