Officials said they were transferring the 741-ton ship Hakurei Maru to Indonesia as well as providing a £15.3 million funding to boost the impoverished country’s coast guard’s feet of vessels to help it thwart illegal fishing expeditions in its territorial waters in the South China Sea. The 27-year-old Hakurei Maru is 206.5ft long and has berths for 29 people.

Recently, Indonesia has suffered some losses due to illegal fishing

Kazuhiko Shimizu, economic counselor at the Japanese Embassy in Indonesia, said the measures were being taken to promote its “free and open Indo-Pacific strategy”.

He said: “Recently, Indonesia has suffered some losses due to illegal fishing.”

China insists its fishermen are free to conduct activities in their “traditional fishing ground,” which partly overlaps with Indonesia’s exclusive economic zone around its Natuna island group. 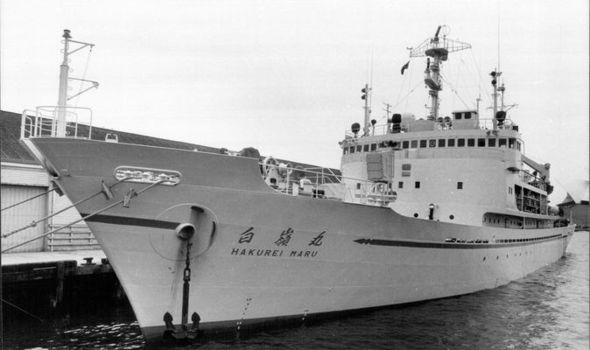 Chinese fishermen have since December operated in the area escorted by boats from the Chinese coast guard.

Tensions in between Beijing and Jakarta soared around Christmas when Indonesia’s military tracked Chinese coastguard vessels and fishing boats in its waters and scrambled warships and fighter jets as it raised its combat alert status.

Officials reacted with anger when the Chinese fishing boats protected by coastguard warships forced their way into Indonesian territorial waters in the Natuna archipelago. 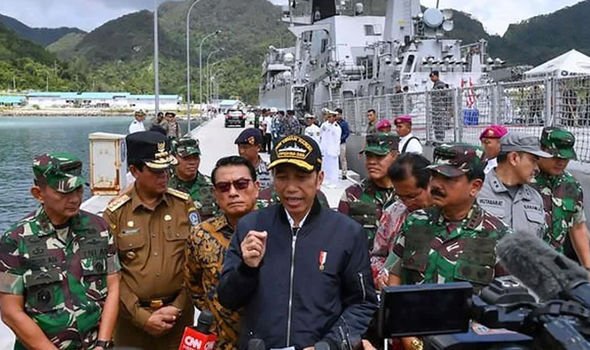 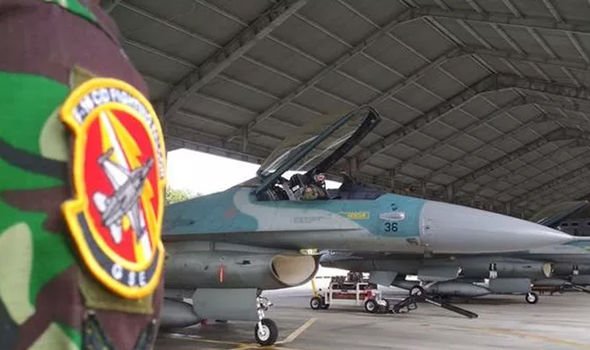 China’s coastguard is military rather than civilian with its vessels fully crewed, operated and co-ordinated by the People’s Liberation Army Navy.

Six warships were deployed and fighter jets carried out overhead patrols to drive out the foreign vessels.

Jakarta summoned China’s ambassador after the coastguard and fishing boats entered waters around the northern Natuna islands, where Indonesia has established an exclusive economic zone.

China has not claimed the Natuna islands themselves but insists it has nearby fishing rights within a self-proclaimed Nine-Dash Line that includes most of the energy-rich South China Sea – a claim disputed by some Southeast Asian countries and is not recognised internationally.

In 2017, Indonesia renamed the northern section of its Exclusive Economic Zone as the North Natuna Sea, as part of a push back against China’s maritime territorial ambitions.

DON’T MISS
World War 3: How US could be dragged into huge conflict with China[ANALYSIS]
WW3: The THREE flashpoints which could see deadly US conflict in 2020[FOCUS]
South China Sea: How Britain could play key role in US-China feud[SPOTLIGHT] 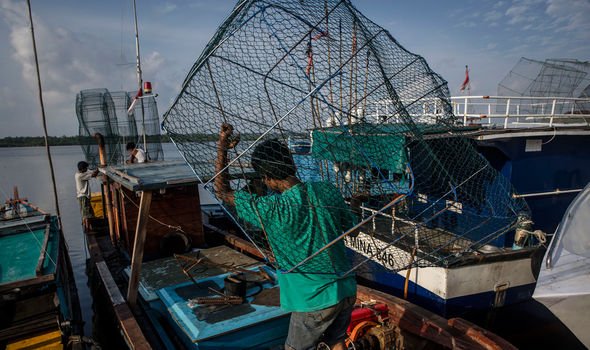 He said their mission was to assert Chinese ownership over the nearby Spratly Islands “and has sovereign rights and jurisdiction over relevant waters”.

Mr Geng said: “The China Coast Guard were performing their duty by carrying out routine patrols to maintain maritime order and protect our people’s legitimate rights and interests in the relevant waters.”

He said Beijing and Jakarta were in contact through diplomatic channels to “deal with differences and uphold peace and stability in bilateral relations and the region”.