SEOUL/BEIJING (Reuters) – The streets of South Korea’s fourth-largest city were abandoned on Thursday, with residents holed up indoors after dozens of people caught the coronavirus in what the authorities described as a “super-spreading event” at a church.

The deserted shopping malls and cinemas of Daegu, a city of 2.5 million people, became one of the most striking images outside China of an outbreak that international authorities are trying stop from becoming a global pandemic.

New research suggesting the virus is more contagious than previously thought added to the alarm. And in China, where the virus has killed more than 2,100 people and infected nearly 75,000, officials changed their methodology for reporting infections, creating new doubt about data they have cited as evidence their strategy is working. Online site for coronavirus news – here

U.S. stock indexes fell about 1% on Thursday, dragged down by technology heavyweights, as investors fretted over a rise in coronavirus cases and the economic impact. U.S. manufacturers are scrambling for alternative sources as supply chains in China, the workshop of the world, dry up.

In South Korea, Daegu Mayor Kwon Young-jin told residents to stay indoors after 90 people who worshipped at the Church of Jesus the Temple of the Tabernacle of the Testimony showed symptoms of infection and dozens of new cases were confirmed.

The church had been attended by a 61-year-old woman who tested positive, known as “Patient 31”. Korea’s Centers for Disease Control and Prevention described the outbreak there as a “super-spreading event”.

“We are in an unprecedented crisis,” Kwon told reporters, adding that all members of the church would be tested. “We’ve asked them to stay at home isolated from their families.”

Describing the abandoned streets, resident Kim Geun-woo, 28, told Reuters by telephone: “It’s like someone dropped a bomb in the middle of the city. It looks like a zombie apocalypse.”

South Korea now has 104 confirmed cases of the flu-like virus, and reported its first death.

In China, officials have been pointing to evidence that new cases are declining as proof they are succeeding in keeping the virus largely contained to Hubei province and its capital, Wuhan, where the virus initially emerged.

“We are encouraged by this trend but this is no time for complacency,” World Health Organization Director General Tedros Adhanom Ghebreyesus told a briefing in Geneva.Some 25 other countries have reported 1,076 cases to the WHO, including five in the latest affected, Iran, he said.

Tedros noted this was very low compared to the number of cases in China, but added: “That may not stay the same for long.”

Revisions to China’s methodology have raised doubts about its data. Under the latest methodology, which excludes chest X-rays, China reported fewer than 400 new cases over the past day, less than a quarter of the number it had been finding in recent days under the previous method.

Epidemiologists said there could be good reasons to adjust methodology to ensure best use of resources. No official tally was likely to record all cases. 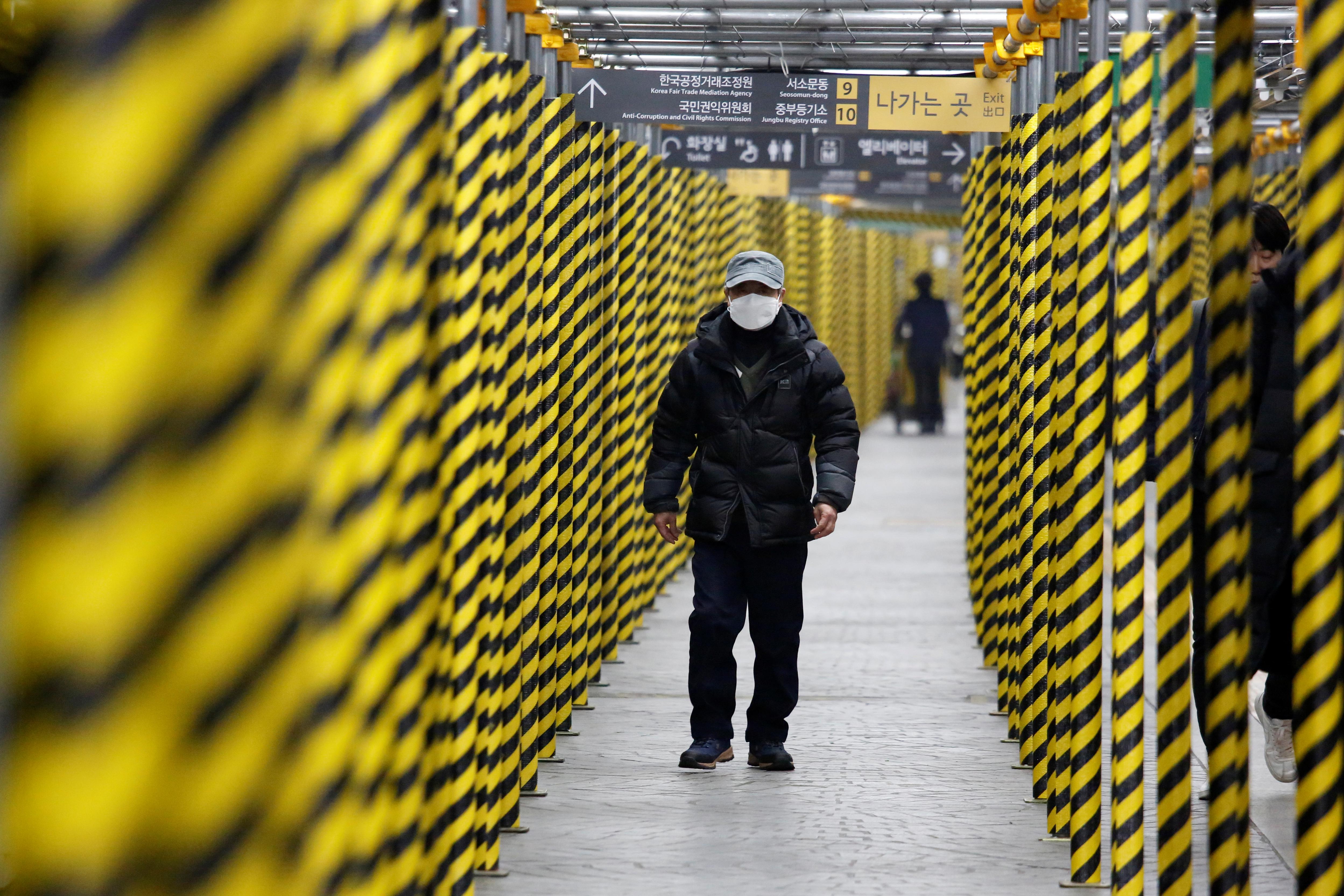 “For every case we are aware of in China, there will be several more clinical cases by many factors,” said Bharat Pankhania, of Britain’s University of Exeter Medical School.

“It’s important that authorities do not interpret this as a slowing of the outbreak and let their guard down prematurely.”

Only last week, another change in Chinese methodology created an overnight rise of nearly 15,000 new cases, reversing a trend of falling numbers.

China’s Global Times newspaper reported 36 new cases at one Beijing hospital as of Thursday, a sharp increase from nine cases two weeks earlier, and said this had led “many to fear a potential explosion of infection numbers in the capital”.

China has imposed severe controls in Wuhan, a city of 11 million people, to halt the spread of the virus, and has taken urgent steps to keep the overall economy from crashing.

On Thursday, its central bank cut a borrowing rate, while the authorities extended an order for businesses in Wuhan to shut down until March 11. Schools in the city, which had been due to re-open on Friday, will also stay shut.

IMF Managing Director Kristalina Georgieva said on Thursday it was too early to give precise projections of economic growth in China and the world following the outbreak.

Japan, where the economy was already shrinking late last year, could be vulnerable. The yen fell sharply against the dollar on Thursday, as did the South Korean won. 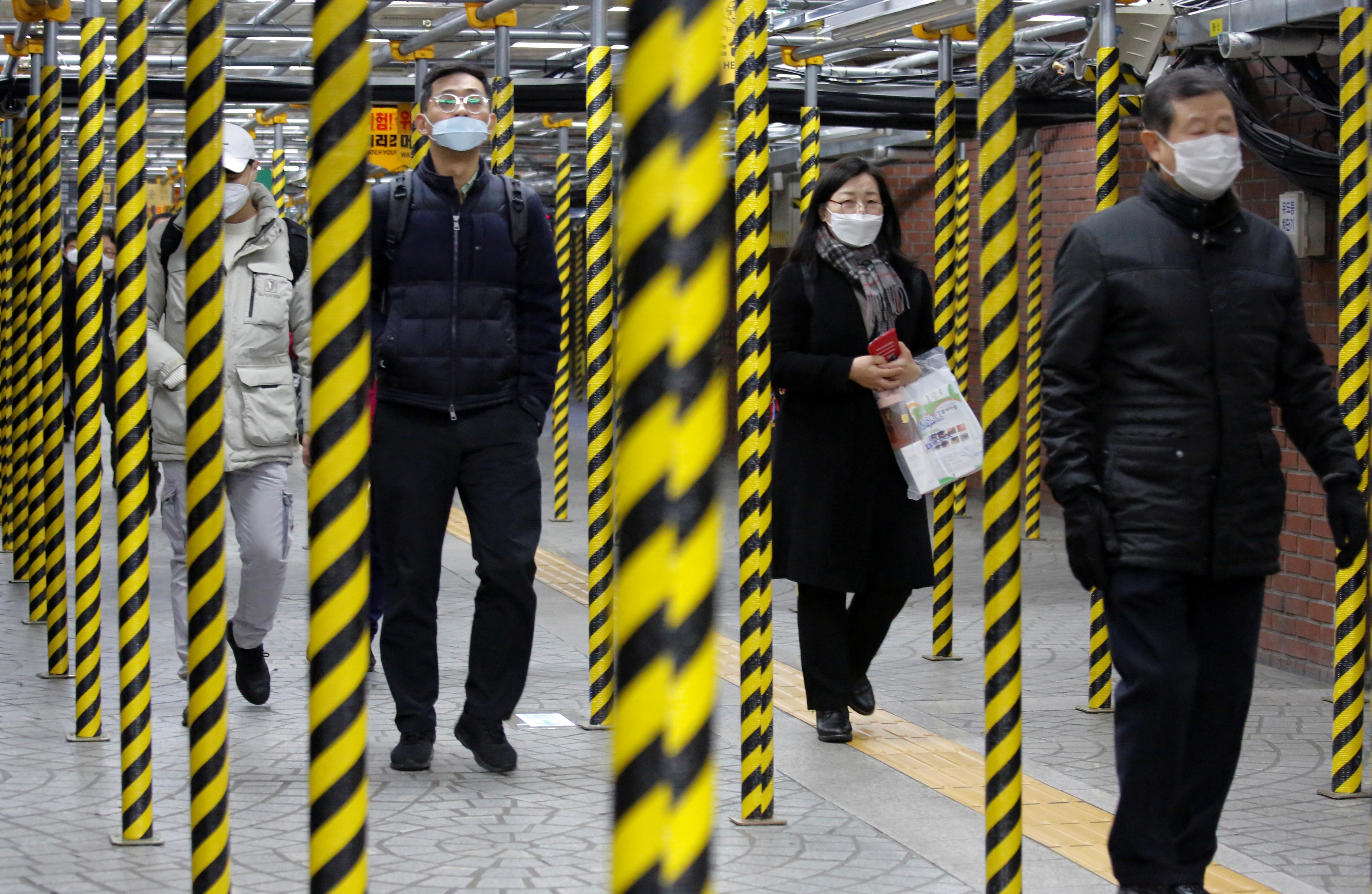 Japan reported the deaths of two elderly passengers from the quarantined Diamond Princess cruise ship on Thursday, the first fatalities from aboard the ship where more than 630 cases account for the biggest cluster of infection outside China.

Japan has begun allowing passengers who test negative to leave and hundreds disembarked on Wednesday and Thursday. Japanese passengers were permitted to go home.

Japan, due to host the summer Olympics in July, had faced criticism over its strategy of quarantining people on board the ship.

Its National Institute of Infectious Diseases published data that it said supported its strategy, showing that the onset of symptoms from confirmed cases had peaked on Feb. 7 and tailed off to zero by Feb. 15.