SEOUL (Reuters) – South Korea reported 334 additional cases of the new coronavirus on Thursday, the largest daily increase yet, as the U.S. State Department issued a new travel warning for South Korea and a joint military drill was postponed. 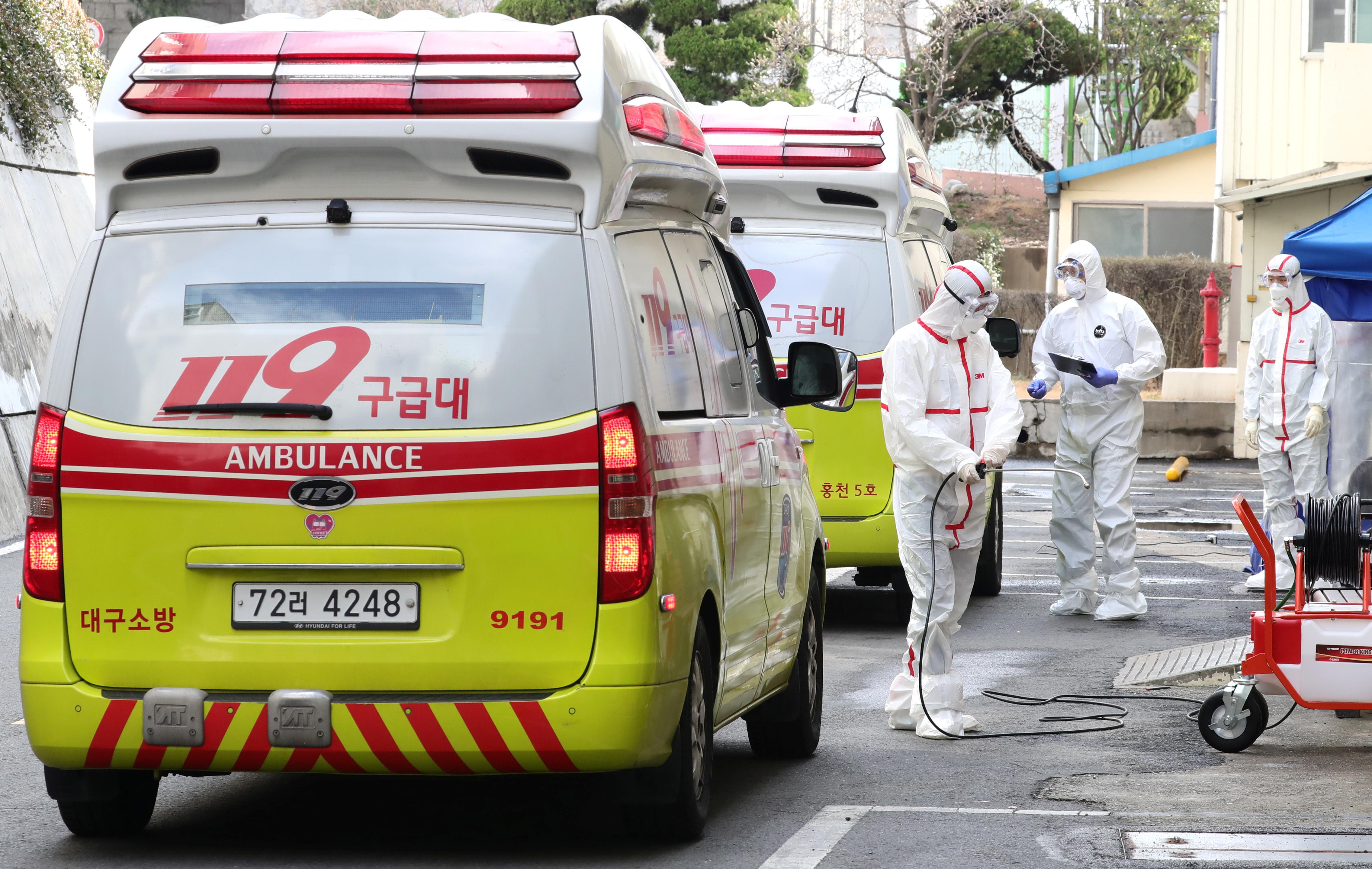 The daily figure is the largest reported spike in the country since its first case was confirmed on Jan. 20. South Korea also reported its 13th death linked to the virus.

Of the new cases, 307 were in the southeastern city of Daegu, where a church that was at the center of the outbreak is located, the KCDC said in its statement.

The U.S. State Department raised its travel advisory level for South Korea and urged citizens to “reconsider travel” to the country.

The virus that can lead to pneumonia is believed to have originated in a market selling wildlife in the central Chinese city of Wuhan late last year. It has infected about 80,000 people and killed more than 2,700, the vast majority in China.

The U.S. military reported its first case of the coronavirus on Wednesday, in a 23-year-old soldier based in Camp Carroll, about 20 km (12 miles) from Daegu.

There are some 28,500 U.S. troops stationed in South Korea, which remains technically at war with North Korea.

The South Korean military has also reported at least 21 infections, and has confined most troops to their bases.

An upcoming “command post training” usually conducted by members of the two militaries’ Combined Forces Command will be postponed “until further notice”, according to a statement from the combined command.

The U.S. commander in the country agreed to postpone the training after a request by South Korea’s chairman of the joint chiefs of staff.

On Thursday, local media reported that a Korean Air (003490.KS) flight attendant who has tested positive for coronavirus had worked on flights between Seoul and Los Angeles.

The KCDC said on Wednesday that the crewmember had been on a Korean Air KE958 flight from Israel to Incheon on Feb. 15-16. The passengers included a South Korea tour group from which 31 coronavirus cases were seen to have originated.

But it has yet to release details of other routes and flights flown by the employee.

Yonhap News Agency and other media said she worked on flights KE017 and KE012 on Feb. 19 and Feb. 20 to and from Los Angeles.

Some 30 crewmembers who were on the same flights with her have self-quarantined for 14 days, media reports said.

U.S. President Donald Trump said on Wednesday the United States may in the future have to restrict travel to Italy, South Korea and other countries due to outbreaks of the coronavirus but now was not the right time.

South Korea has the most virus cases outside China and Italy and Iran are emerging as new epicenters of the rapidly spreading illness.