SEOUL (Reuters) – South Korean President Moon Jae-in on Friday accepted the resignation of the minister responsible for relations with North Korea, as tensions with Pyongyang rise over the activities of defectors in the South and stalled diplomacy. 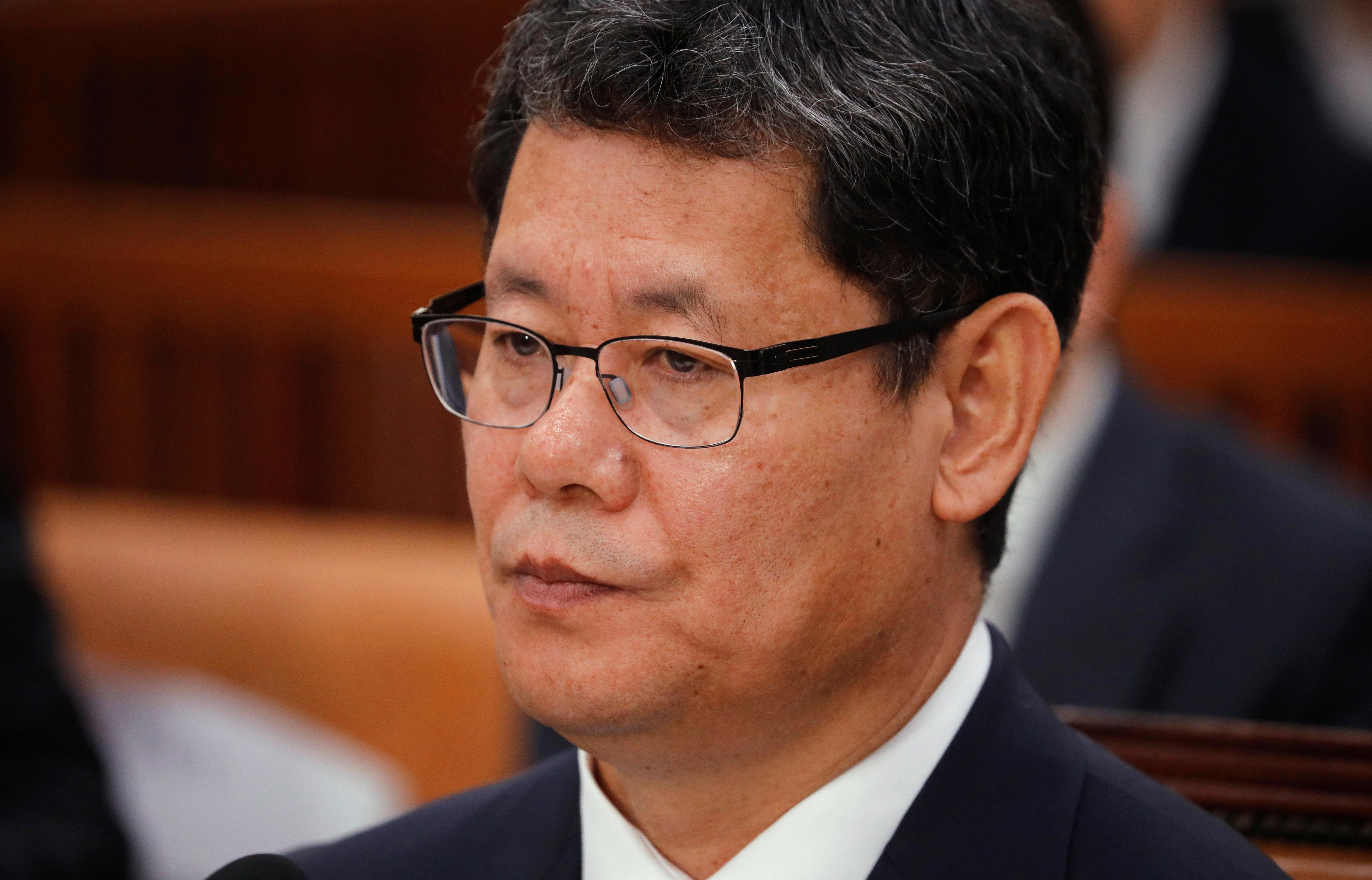 South Korean Unification Minister Kim Yeon-chul, who oversees engagement with North Korea, offered on Wednesday to step down, making himself accountable for the worsening ties.

After seeing a boost in favourability over his government’s handling of the coronavirus outbreak, Moon’s approval rating fell to 55%, the lowest level in about three months, driven by worries over North Korea, according to a Gallup Korea poll released on Friday.

North Korea has snubbed Seoul’s calls for engagement as efforts to restart inter-Korean economic projects stalled due to international sanctions designed to rein in the North’s nuclear and missile programmes.

Pyongyang has also taken issue over defectors in the South sending propaganda leaflets into North Korea.

Citing South Korea’s failure to stop the defectors, North Korea this week blew up the joint liaison office on its side of the border, declared an end to dialogue with South Korea and threatened military action.

Unification Ministry spokeswoman Cho Hye-sil told a briefing on Friday that an emigre planning to send hundreds of bottles stuffed with rice, medicine and medical face masks to North Korea by throwing them into the sea near the border on Sunday, had been asked to abandon its plan.

She warned that authorities would stop the group, and others like it, from carrying out such plans, and would seek to impose penalties for violations of a law governing inter-Korean exchanges and cooperation.

After a flurry of barbed statements earlier this week, North Korean officials did not issue direct criticism of South Korea for a second day in a row on Friday.

But state media kept up steady stream of reports on North Koreans “exploding with anger” at the South.