BARCELONA (Reuters) – Catalonia on Wednesday ordered all residents and visitors to wear face masks in public at all times, becoming the first Spanish region to toughen a national directive mandating their use when in close proximity to others. 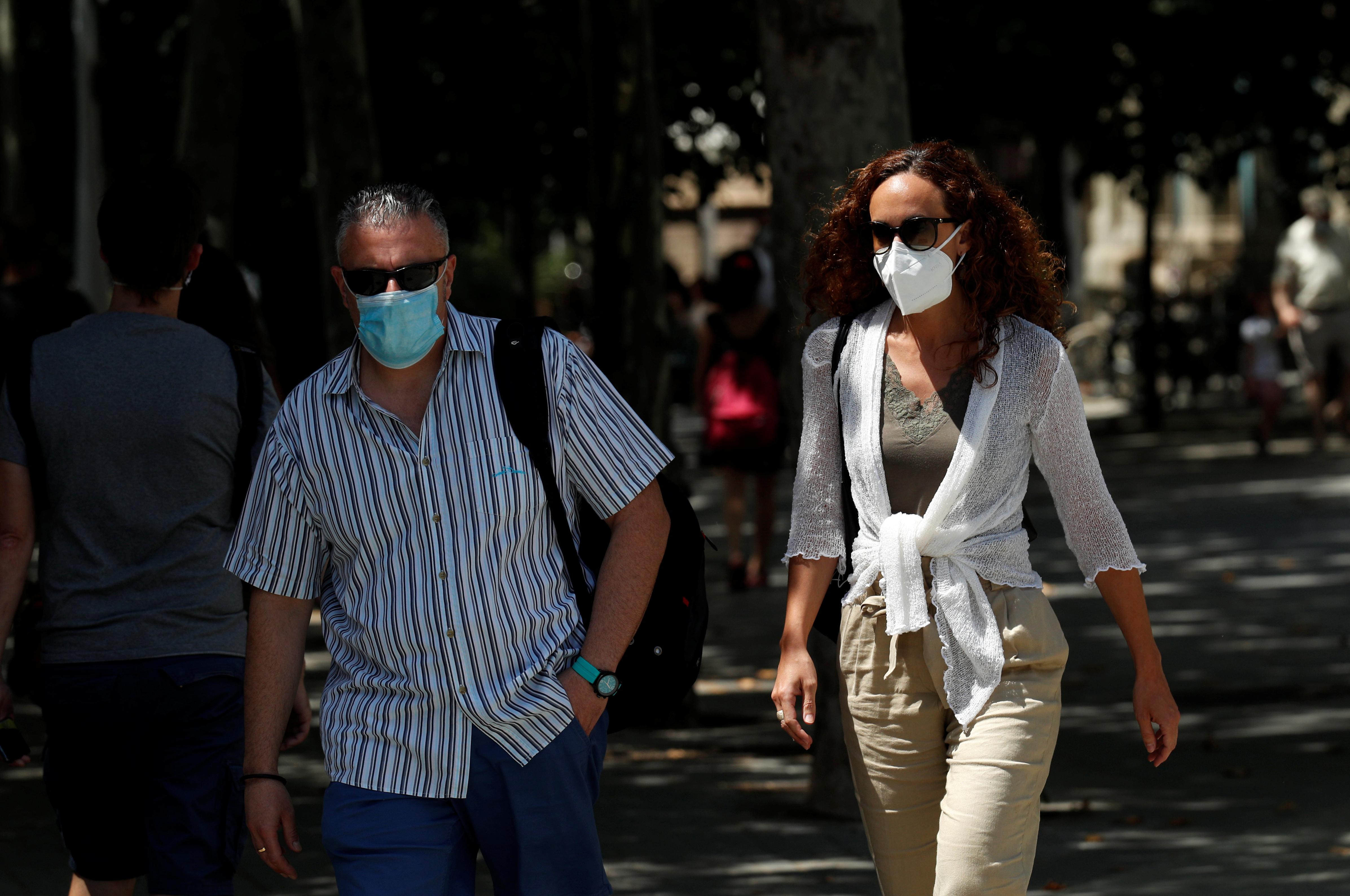 The order, which takes effect on Thursday, was announced by regional leader Quim Torra four days after more than 200,000 people in the Segria area were placed under a local lockdown following a series of coronavirus outbreaks there.

“Masks will be mandatory all over Catalonia, not just in the Segria region… I think it’s an important measure,” Torra told the regional parliament. “We will distribute protective equipment.”

Another Spanish region took a similar decision shortly afterwards. Authorities in the Basque Country made masks mandatory regardless of the distance between people in the small town of Ordizia, where another cluster of nearly 50 cases has been detected, said the region’s health counsellor.

Spanish authorities last month made wearing masks compulsory indoors and outdoors in all circumstances in which 1.5 metres (5 ft) of social distancing could not be maintained, and until a coronavirus cure or vaccine is found.

The tougher measure aims to stave off a relaxation in attitudes towards the virus observed among some citizens, officials said.

Masks will be mandatory in Catalonia for people above six years old outdoors and in any indoors space open to the public regardless of the physical distance between people, regional government spokeswoman Meritxell Budo told a press briefing.

Breaking this obligation will result in a 100 euro fine, she added.

The pandemic has hit Spain harder than most other European countries, causing more than 28,000 deaths and close to 270,000 infections, according to official data.

In Italy, also badly affected, the same strict mask-wearing rules are in effect until July 14 in regional COVID-19 epicentre Lombardy. Elsewhere in the country, wearing masks is not obligatory outside for those who can keep a safe distance from others.