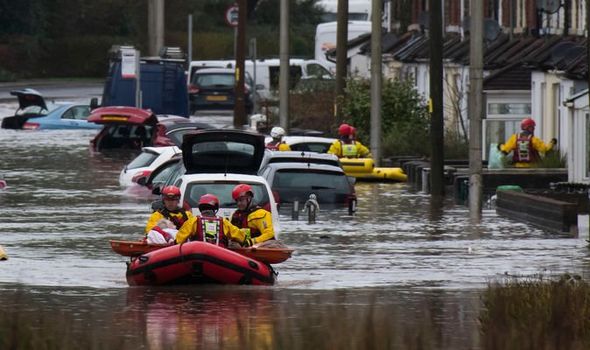 John Curtin, executive director of flood and coastal management at the Environment Agency, took to Twitter to warn people to “stay safe and updated” on the storm which is more powerful than last weekend’s Storm Ciara.

He said: “BREAKING: We now have the most flood warnings and alerts in force (594) in England than any other day on record.”

Last night Storm Dennis was forecast to batter large swathes of the country with 70mph winds and up to 140mm (5.5in) of rain in some areas.

The Environment Agency (EA) said the flood impact from the weather system is likely to be worse than last weekend’s Storm Ciara due to rain falling on already saturated ground.

The Met Office has issued severe weather warnings covering most of the UK this weekend.