Storm Fay brought heavy rain to mid-Atlantic states and southern New England on Saturday morning as it moved over New York. Forecasters had warned the storm could heap up to four inches of rainfall across the region. But what is the latest news on the storm?

Tropical Storm Fay was downgraded to a post-tropical cyclone on Saturday.

According to the latest report published at 5am EDT on Friday (10am BST on Saturday), the low was located over eastern New York.

The post-tropical cyclone was moving toward the north at nearly 17mph. 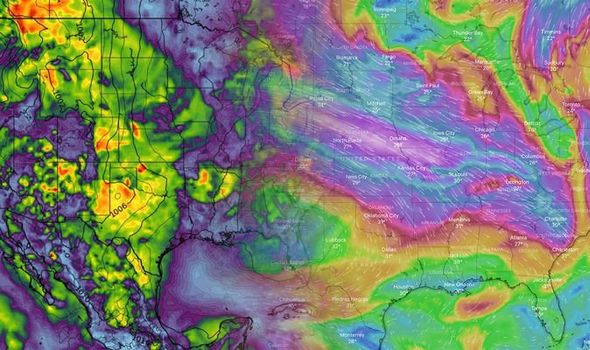 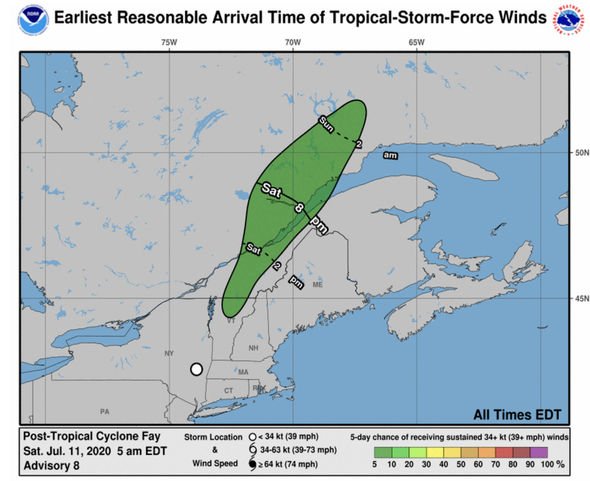 “On the forecast track, the centre of the post-tropical cyclone will continue to move across portions of eastern New York this morning, then across northwestern New England later today and over southeastern Canada tonight and Sunday.

“Maximum sustained winds are near 35 mph (55 km/h) with higher gusts.

“Weakening is forecast during the next day so, and the post-tropical cyclone is likely to dissipate by late Sunday.” 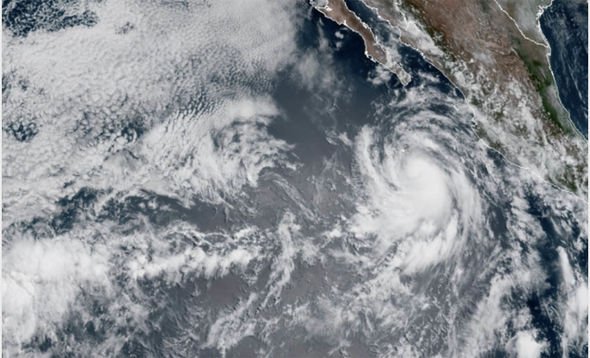 The post-tropical cyclone is expected to produce one to two inches of rainfall.

In isolated areas, up to four inches is expected as Fay continues its track from eastern New York into portions of New England.

The rain may result in flash flooding and urban flooding in areas with poor drainage where the heaviest rain falls.

Widespread river flooding is not expected, but there will be rapid rises on small streams and isolated minor flooding is possible.

Tropical Storm Cristina is beginning to weaken and was located at latitude 20.6 north, longitude 119.7 west as of 5am HST (10am BST).

Cristina was approximately 650 miles west southwest of the southern tip of Baja, California and was packing winds of 65mph.

“Cristina is moving toward the west near 14mph (22kmh), and this general motion is expected to continue into early next week.

“Maximum sustained winds have decreased to near 65mph (100kmh) with higher gusts.

“Cristina is forecast to gradually weaken over the next few days and become a remnant low early next week.

“Tropical-storm-force winds extend outward up to 90 miles (150km)from the centre.” 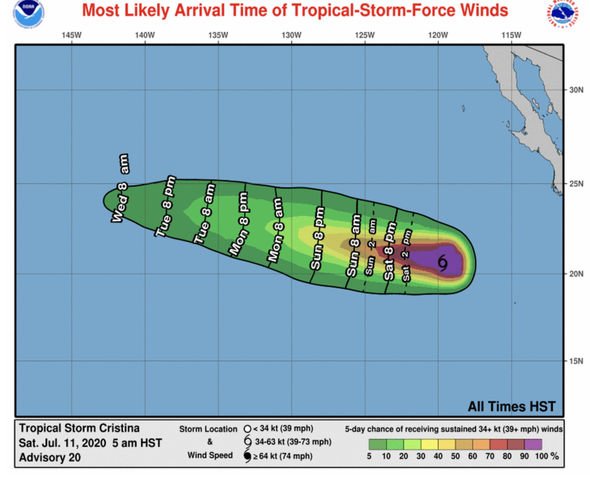 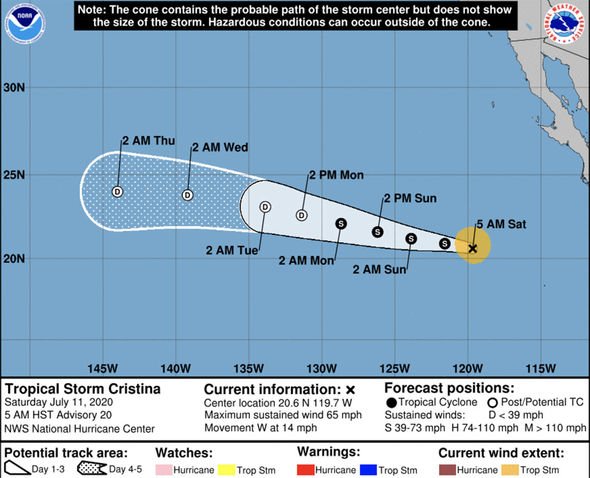 Weather forecasters have said the window is closing for Cristina to become the first hurricane of 2020.

The maximum sustained winds must reach at least 74mph to be classified as a hurricane.

Thus far this year, there have been three tropical storms and one tropical depression in the Eastern Pacific basin in 2020.

In the Atlantic, there have been six tropical storms, with the formation of Tropical Storm Fay on Thursday afternoon.

The National Hurricane Center (NHC) us currently tracking one tropical distance located in the Eastern Pacific.

The system involves a broad low-pressure system which has developed southwest of the Gulf of Tehuantepec is producing a large area of disorganised showers and thunderstorms.

Although upper-level winds are currently unfavourable for the development of this system into a tropical cyclone, environmental conditions are expected to become more conducive for the formation of a tropical depression in two to three days while the system moves quickly westward, well south of the coast of Mexico.