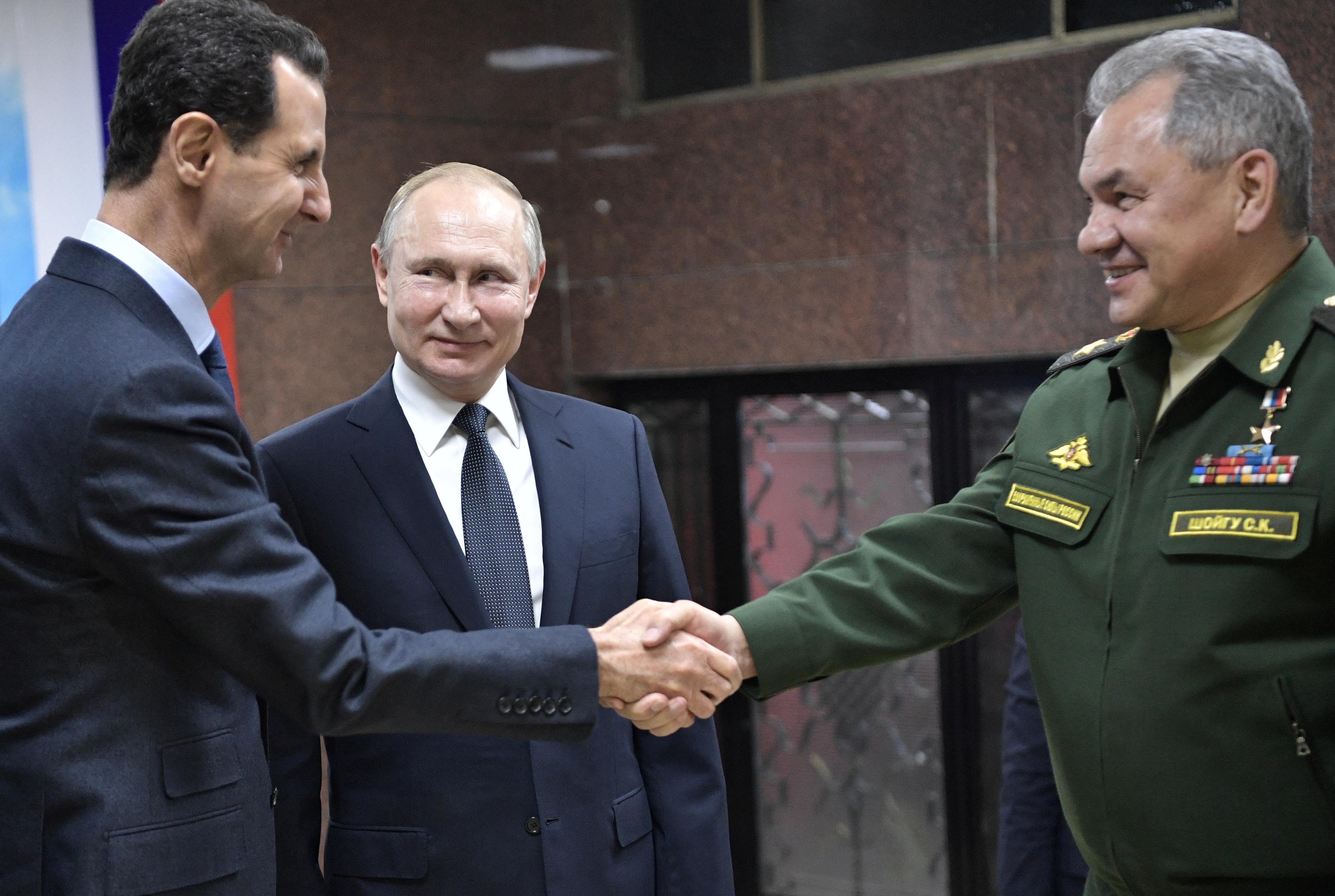 AMMAN (Reuters) – Syrian President Bashar al Assad said on Monday his forces’ rapid recent gains in their Russian-backed military offensive presaged the eventual defeat of the nine-year insurgency that sought to oust him from power.

But Assad, in an appearance televised by state media, also cautioned that the conflict was not yet over.

“We know this liberation does not mean the end of the war or the crushing of all plots or the end of terror or the surrender of the enemy but it definitely rubs their noses in the dirt,” Assad said.

“This is a prelude to their (opposition forces’) final defeat, sooner or later,” he added.

The renewed Russian-backed offensive, aided by pro-Iranian militias, to regain the last rebel bastion in the north west of Syria has allowed Assad’s forces to seize control of much of the countryside near Aleppo and to push deeper into the rebel-held and densely populated province of Idlib.

The offensive has uprooted hundreds of thousands of Syrian civilians who have fled towards the border with Turkey in the biggest single displacement of the nine-year-old war.