MILAN (Reuters) – From insults for dog walkers to furious local officials telling residents to stay home and people from other regions to stay out, Italians’ forbearance is fraying as their coronavirus epidemic enters its second month. 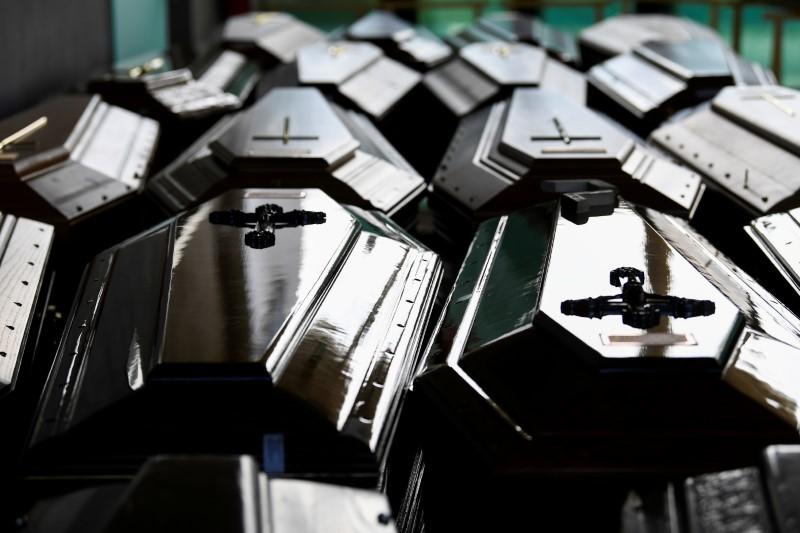 As Italy’s death toll has climbed past 5,000 and overtaken even China’s, early scenes of communal singing from balconies are giving way to muttered asides and resentment against those seen to be flouting bans on public gatherings.

“I’m getting word that someone is having a graduation party,” Vincenzo De Luca, governor of the southern Campania region around Naples, raged on Facebook. “We’ll send in the carabinieri (paramilitary police), we’ll send them in with a flamethrower!”

A video compilation of furious and often foul-mouthed rants from mayors exasperated at undisciplined locals playing table tennis in the open or going for walks outside has been shared tens of thousands of times.

There has also been bitterness at people trying to leave the worst-affected regions of northern Italy for the south, which has so far had fewer cases, but has health services that are much weaker than those in rich regions such as Lombardy, where the crisis erupted a month ago.

Nello Musumeci, governor of the island of Sicily, at Italy’s southern tip, said on Monday that too many people were crossing from the mainland and Sicilians were not willing to be “slaughtered”.

Opinion polls show widespread support for Prime Minister Giuseppe Conte’s government, which has imposed ever tighter travel restrictions and stepped up calls for people to stay at home.

But at the same time, some officials worry about the fraying tempers.

The mayor of Turin, Chiara Appendino, said she received reports every day of people being insulted from nearby balconies or photographed and put on social media, including in one case, a supermarket employee going to work.

“We can’t allow ourselves to be infected by the virus of rage, she told the daily La Repubblica.

The term “untori” (“plague spreaders”), a reference to sinister figures blamed for spreading disease in “I promessi sposi” (“The Betrothed”), a literary classic taught to generations of Italian schoolchildren, has made a return as the search for scapegoats has flared.

Nathalie Sitzia, mayor of the town of Casaletto, near where the virus first appeared in a small town outside Milan, said the climate of general suspicion was being fed by fear.

“Today people are afraid of everything, people report their neighbours when they take the dog for a walk,” she said.

“We were used to hearing bells for the dead ring once a month from our church. Hearing them every day is terrible, psychologically.”