Storm Jorge has covered the entire UK as satellite maps shows the extreme weather storm blocking out the country from space. The latest Storm Jorge satellite images show the weather system is at least as big as the UK. Storm Jorge has already sparked a rare red alert warning in Ireland, as well as a critical incident in flood-hit Wales.

The storm, which made landfall this morning, has intensified in strength and size in the past 24 hours.

England has already suffered more than double its average February rainfall, according to the Environment Agency, with some areas getting a month’s worth of rain in 24 hours.

This has led to severe flood warnings in the south west and along the English-Welsh border. 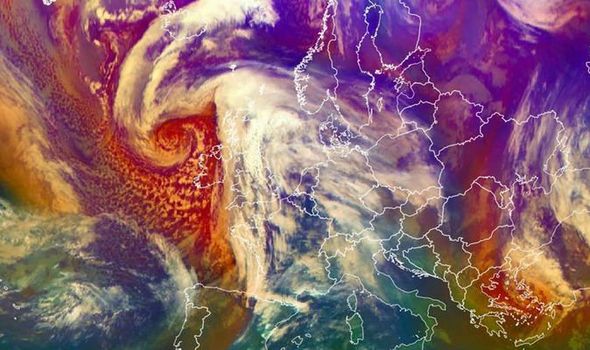 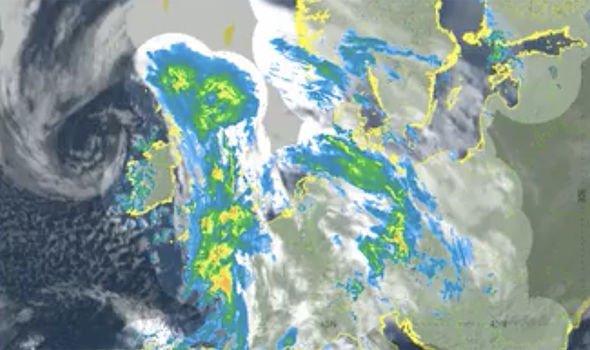 Weather warnings stretch from Cornwall to the north of Scotland and across to Northern Ireland.

On Saturday morning, there were six yellow weather warnings for rain, wind and snow in force across the country

There are currently more than 260 flood alerts in place with further snow warnings in place for Scotland. 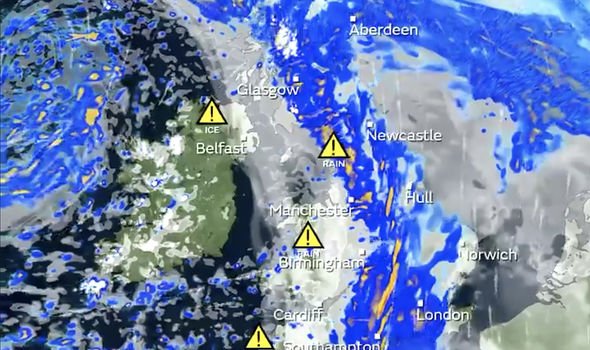 The Met Office encouraged people to “slow down, plan ahead and look out for each other” during the cold and stormy weather.

They predicted that up to 30cm of snow could fall in some places.

During the critical Welsh incident, South Wales fire and rescue service took 72 calls between 6pm on Friday and 6am on Saturday. 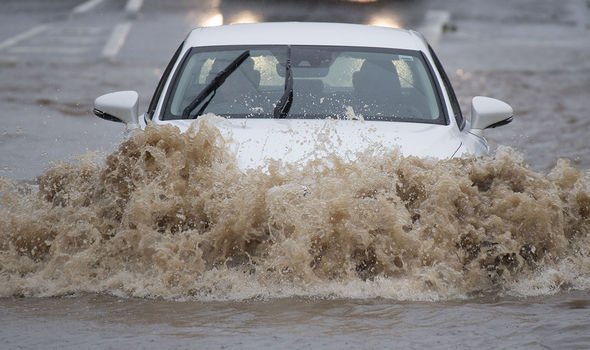 Temporary flood defences are being set up in an attempt to protect already submerged communities from Storm Jorge.

In Ireland, a status red wind warning is in place for Clare and Galway due to the effects of Storm Jorge.

The latest storm comes after flooding caused by storms Ciara and Dennis earlier this month.