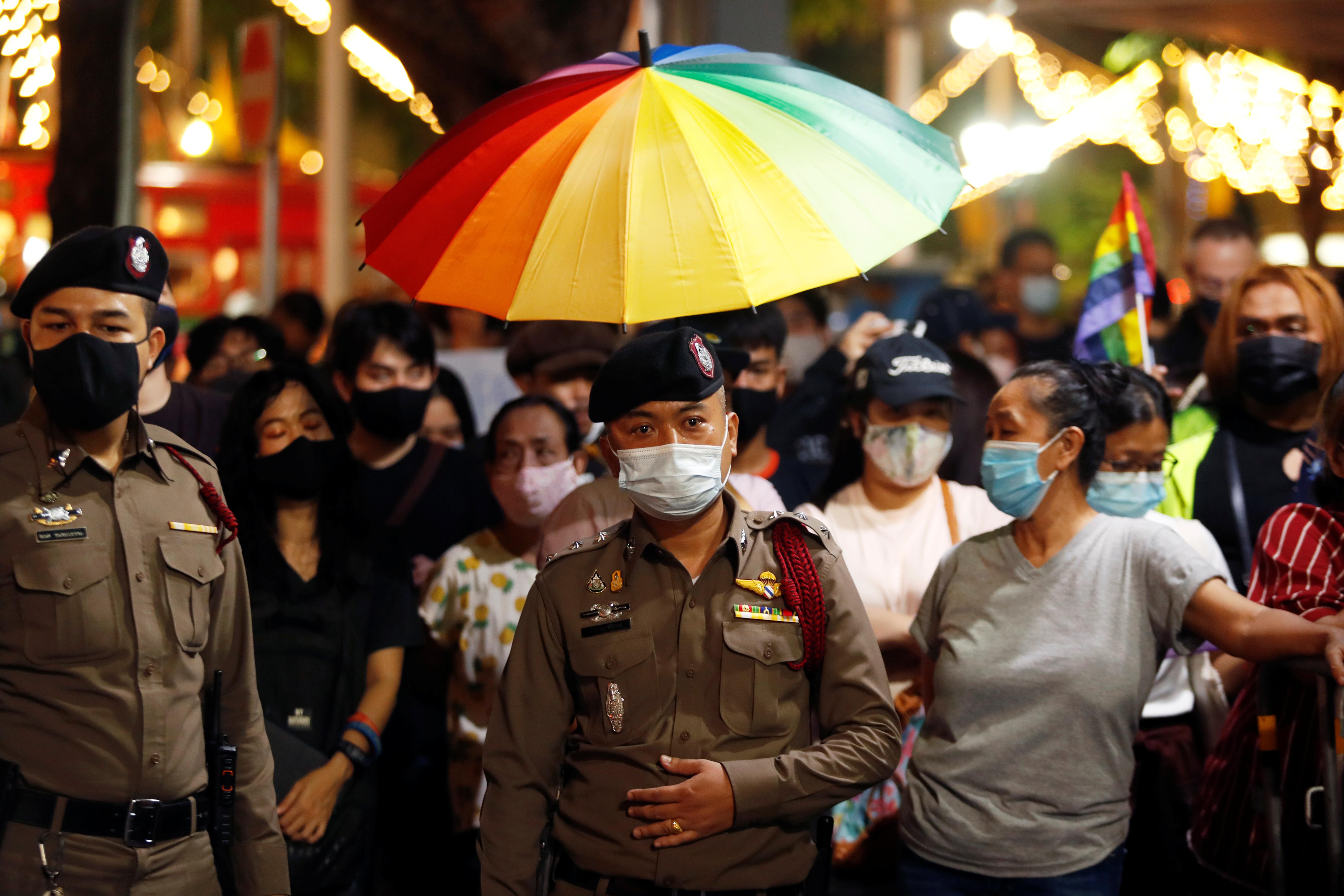 BANGKOK (Reuters) – Hundreds of Thai LGBT activists and allies raised rainbow flags on Saturday evening as they called for democracy and equal rights, the latest in a series of youth protests calling for the government to step down.

Several youth-led demonstrations have sprung up across the country since last week, when thousands of Thai activists defied a coronavirus ban on gatherings and staged one of the largest street rallies since a 2014 military coup.

The activists on Saturday danced and sang and performed stand-up comedy sketches making jabs at the government of Prime Minister Prayuth Chan-ocha, a former army chief who ousted an elected government six years ago. Pride flags were waved against the backdrop of Bangkok’s Democracy Monument.

“We’re here today mainly to call for democracy. Once we achieve democracy, equal rights will follow,” said a 21-year-old activist who went by a made-up name, Viktorious Nighttime.

“The LGBT group do not yet have equal rights in society, so we’re calling for both democracy and equality,” added Viktorious, who was wearing a glittery tiara and a face mask.

The calls came after Thailand’s cabinet backed a civil partnership bill earlier this month that would recognise same-sex unions with almost the same rights as married couples.

Saturday’s gathering was the latest in a series of protests under the Free Youth movement, which has issued three demands: the dissolution of parliament, an end to harassment of government critics, and amendments to the military-written constitution.

“Even if they don’t step down from power today, we want to let them know that we won’t go anywhere, we will be here,” said a 21-year-old protestor who gave her name as Yaya. “Even if they get rid of us, our ideology will never die, we will pass this on to the next generation.”