MUNICH (Reuters) – U.S. Secretary of State Mike Pompeo defended on Saturday his nation’s global role despite misgivings in Europe, vowing that Western values would prevail over Russian and Chinese desires for “empire”. 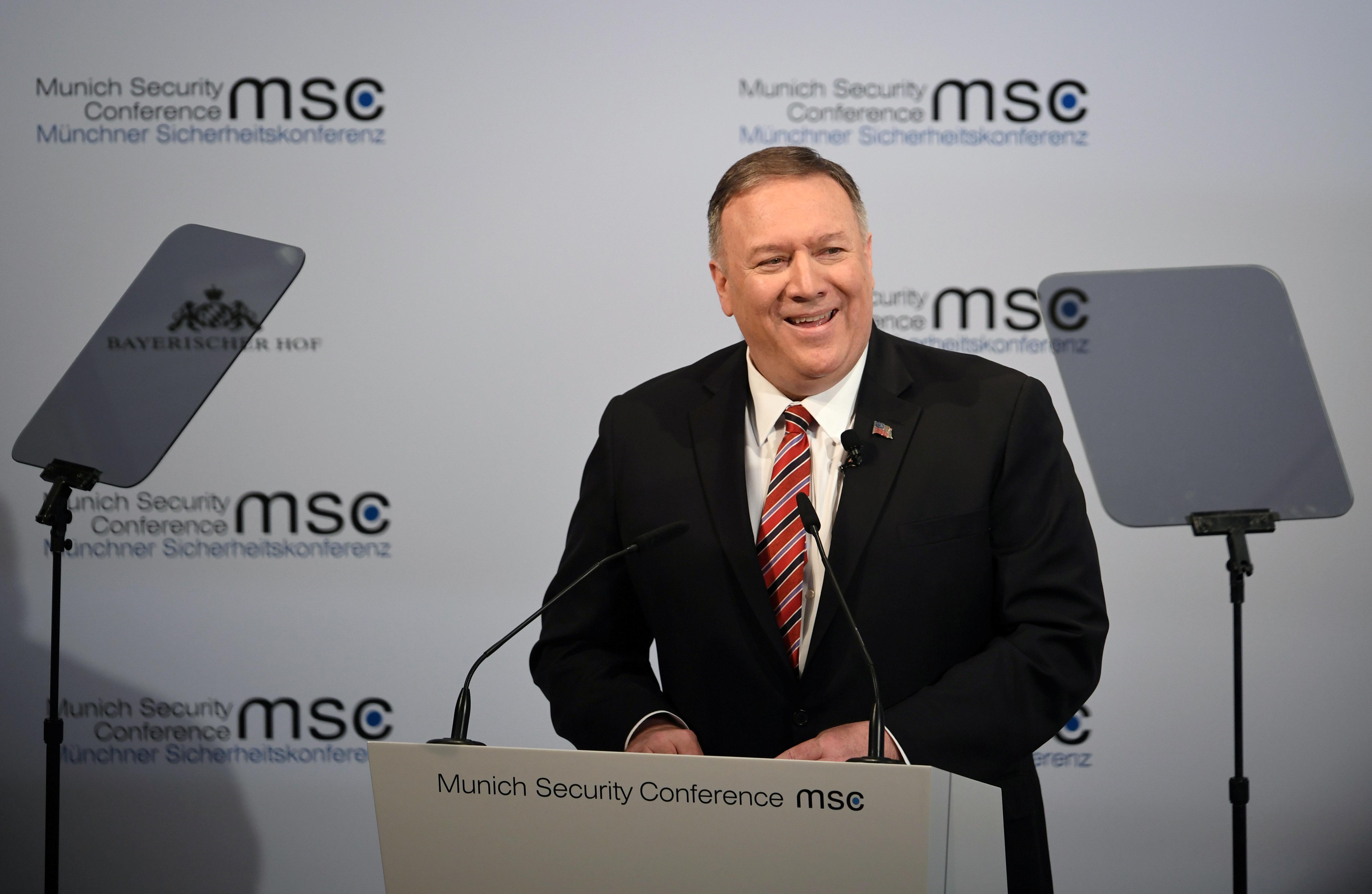 Seeking to reassure Europeans troubled by U.S. President Donald Trump’s “America first” rhetoric, his ambivalence over the NATO military alliance and tariffs on European goods, Pompeo said there was no crisis in Western leadership.

“I’m happy to report that the death of the transatlantic alliance is grossly exaggerated. The West is winning, and we’re winning together,” he said in a speech at the Munich Security Conference, listing U.S. steps to protect liberal democracies.

Pompeo was, in part, responding to German President Frank-Walter Steinmeier, who on Friday accused the United States, Russia and China of making the world more dangerous.

French President Emmanuel Macron told the conference of international leaders, lawmakers and diplomats he was not surprised by Steinmeier’s speech and had liked it.

“We cannot be the United States’ junior partner,” Macron said, adding that while he supported NATO, Europe needed to be able to tackle threats in its neighborhood and at times act independently of Washington.

Trump’s decision to pull out of the 2015 Iran nuclear deal, as well as the Paris climate accord, have undermined European priorities, while moves such as recognition of Jerusalem as Israel’s capital have weakened European diplomacy, envoys say.

Pompeo defended the U.S. strategy, saying Europe, Japan and other American allies were united on China, Iran and Russia, despite “tactical differences.”

Pompeo, however, reiterated Washington’s opposition to the Nord Stream 2 gas pipeline under construction between Russia and Germany under the Baltic Sea, a project backed by the government of German Chancellor Angela Merkel.

Macron said the West’s policy of defiance toward Russia in recent years had failed and, as nobody wanted to confront Moscow directly, the only option was to have a closer dialogue to resolve differences.

“I hear the defiance of all our partners, I’m not mad, but I know that being defiant and weak … is not a policy, it’s a completely inefficient system,” Macron told the Munich Security Conference, saying he saw none of his allies willing to confront Russia.

“There is a second choice, which is to be demanding and restart a strategic dialogue because today we talk less and less, conflicts multiply and we aren’t able to resolve them, he added. 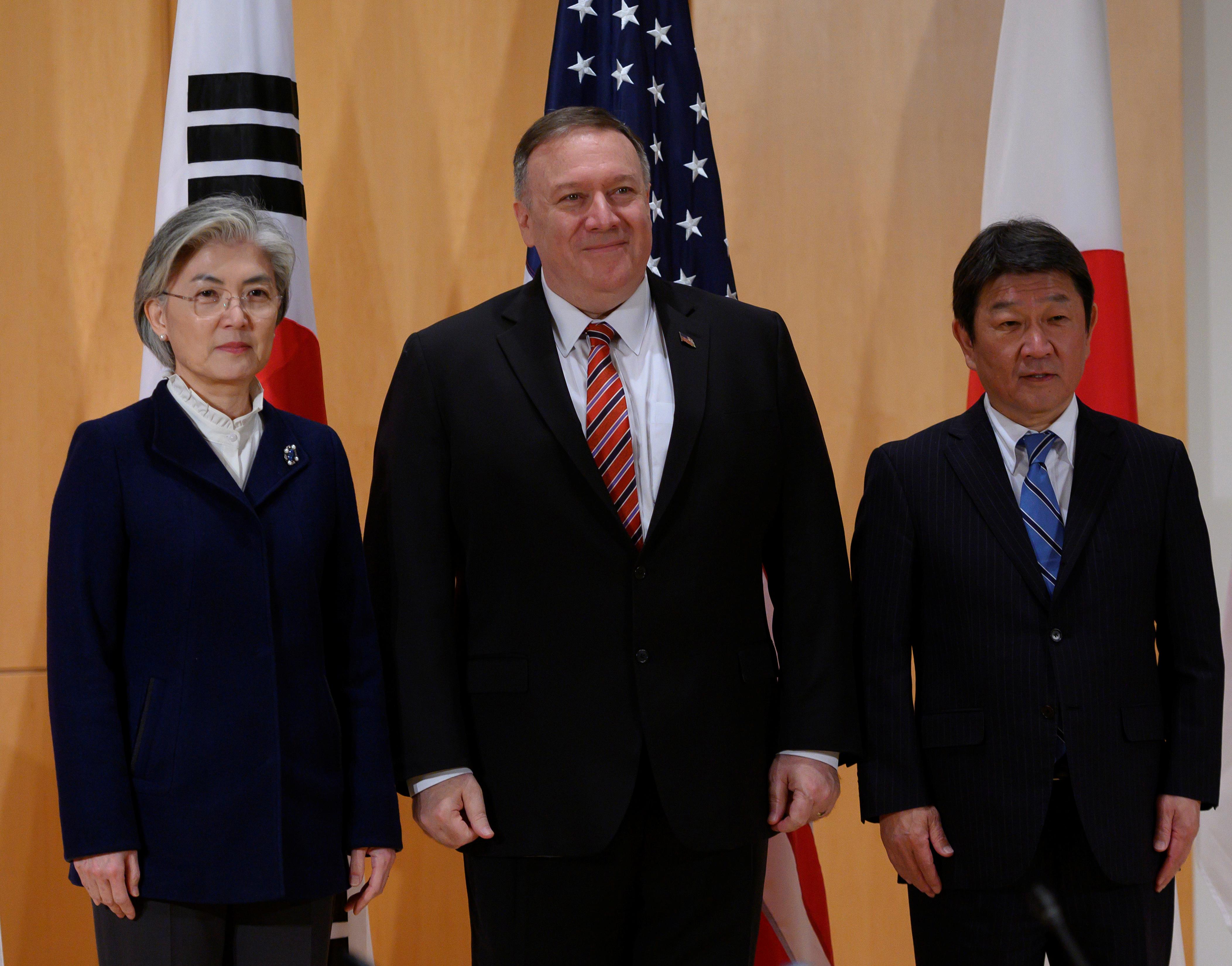 “It is essential that we as an international community wake up to the challenges presented by Chinese manipulation of the long-standing international rules-based order,” Esper said.

He said it was not too late for Britain, which last month said it would allow Huawei a limited role in building its 5G networks, to take “two steps back,” but added he still needed to asses London’s decision.

“We could have a win-win strategy if we just abide by the international rules that have been set in place for decades … that respect human rights, that respect sovereignty,” he said.