KARACHI, Pakistan (Reuters) – Tens of thousands of people protested across Pakistan on Friday against French magazine Charlie Hebdo’s reprinting of cartoons mocking the Prophet Mohammad, chanting “Death to France” and calling for boycotts of French products. 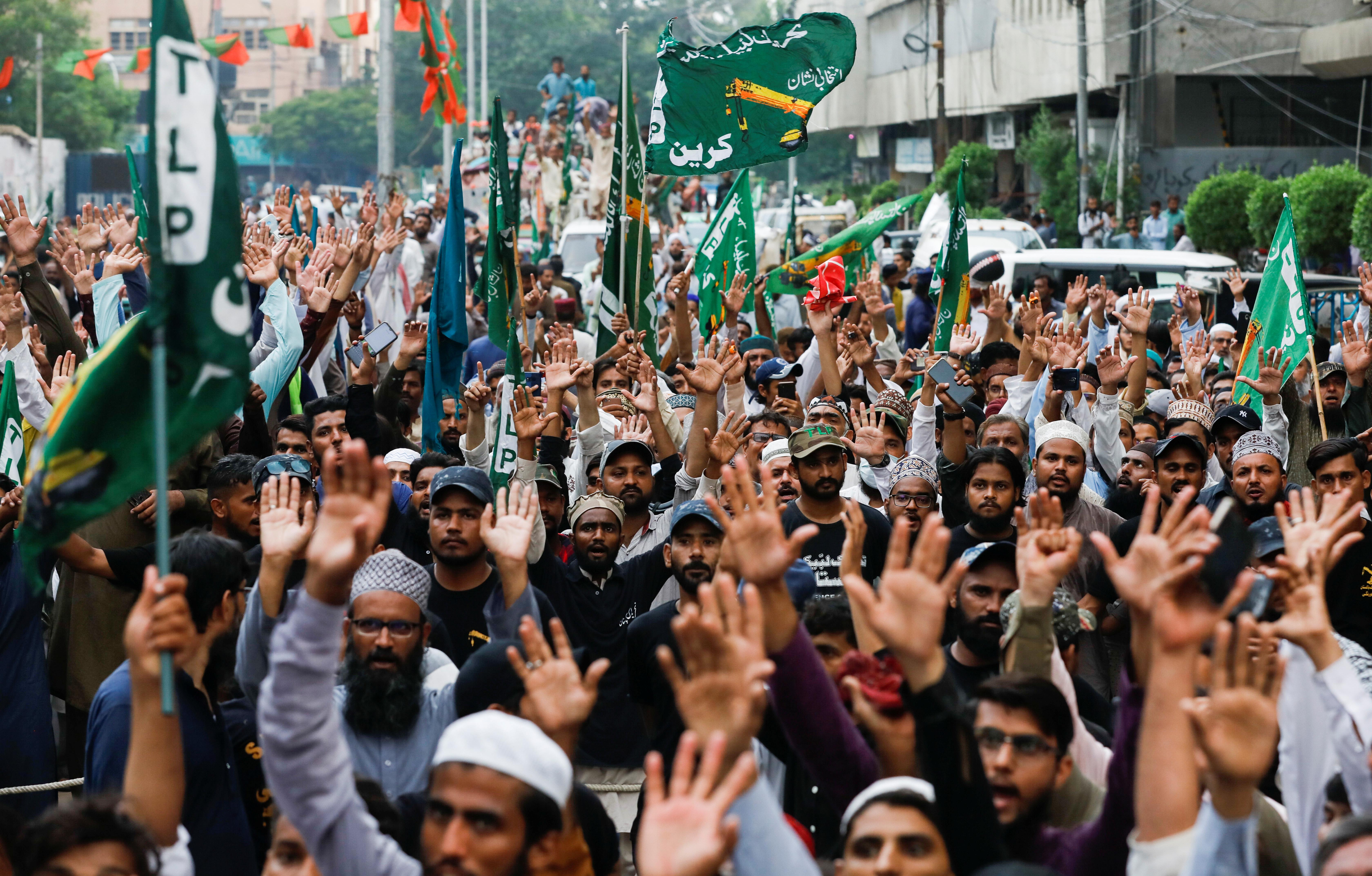 “Decapitation is the punishment of blasphemers,” read one of the placards carried by protesters.

The cartoons sending up the Prophet Mohammad triggered outrage and unrest among Muslims around the world in 2005 when they first published by Danish newspaper Jyllands-Posten.

Earlier this week, Charlie Hebdo – a satirical weekly – revived the cartoons to mark the start of the trial of suspected accomplices in an Islamist militant attack on its Paris office in January 2015.

The Islamist gunmen who stormed into Charlie Hebdo, killing 12 people, sought to avenge the Prophet Mohammad, a French court heard on Wednesday on the first day of the trial. Publication of the cartoons was cited as the reason for the attack.

Friday’s protests were organized by the hardline Islamist Tehreek-e-Laibak Pakistan (TLP) party with rallies held in Karachi, the country’s largest city, as well as in Rawalpindi, Peshawar, Lahore and Dera Ismail Khan.

“It (re-printing of cartoons) amounts to big terrorism; they repeat such acts of blasphemy against Prophet Mohammad every few years. It should be stopped,” said Razi Hussani, TLP district leader in Karachi.

Similar rallies held in Pakistan in 2015 turned violent, with scores injured as police clashed with protesters trying to make their way to the French consulate in Karachi.

Pakistan’s government also condemned the reprinting of the cartoons. Foreign Minister Shah Mehmood Qureshi said the South Asian country believed in freedom of expression but such liberty does not mean a license to offend religious sentiment.

Charlie Hebdo has long tested the limits of what society will accept in the name of free speech.

“We will never lie down. We will never give up,” Charlie Hebdo editor Riss Sourisseau wrote in explaining the decision to re-publish the cartoons.