PARIS (Reuters) – France’s hard-left unions on Thursday brought workers back onto the streets in protest against President Emmanuel Macron’s pension reform, but numbers were low as the fight to derail the project shifted to parliament. 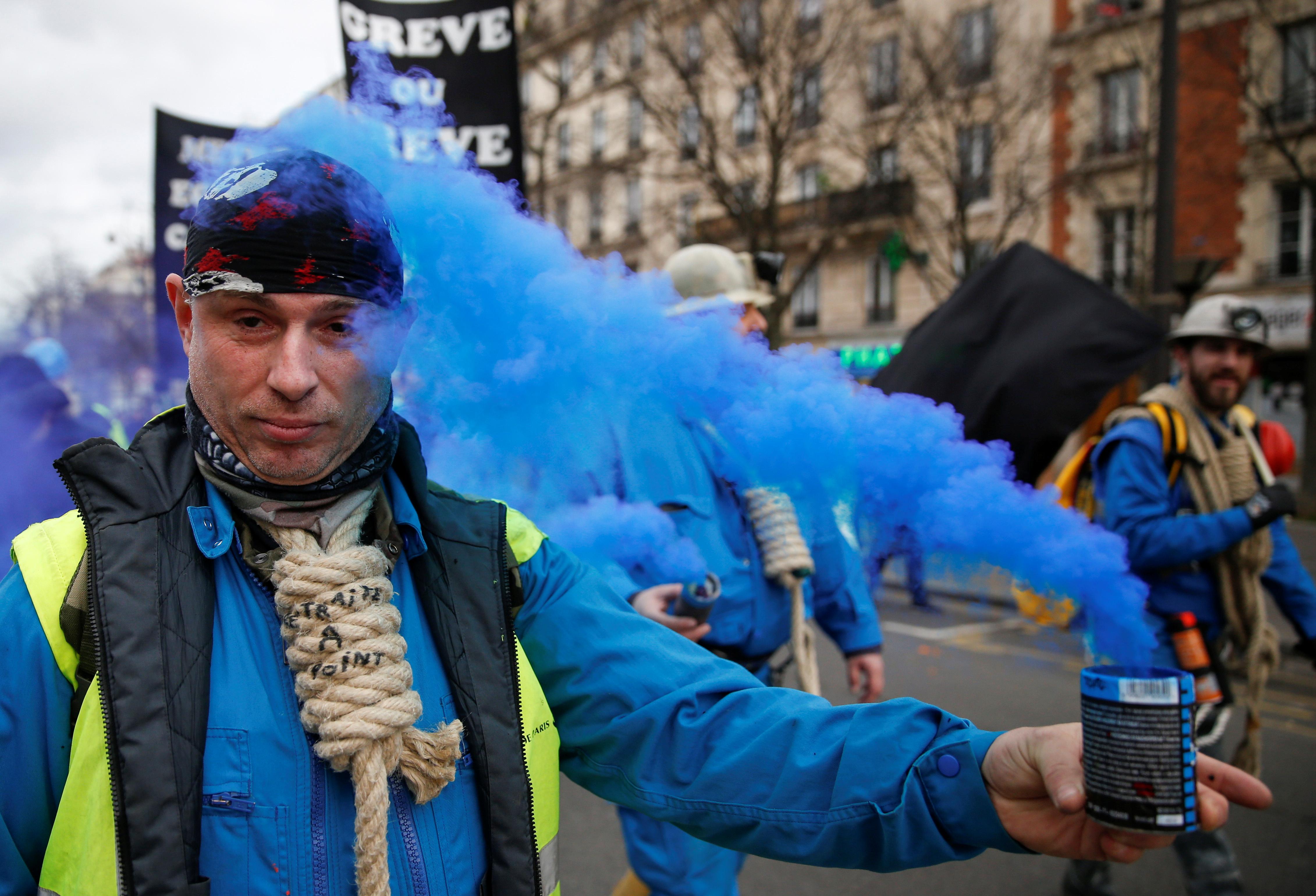 Lawmakers began debating the biggest overhaul to the pension system since World War Two this week in the National Assembly, where 41,000 amendments to the draft bill have been filed, more than half of them by the far-left France Insoumise party.

Macron’s ruling party says the amendments are a deliberate bid to stall the bill’s passage through parliament, and some Macron loyalists say it increases the likelihood the government will have to force the bill through by decree.

The unions have been locked in battle with Macron over the fate of France’s generous pension benefits since early December. The former investment banker has made some concessions to the unions in the face of long transport strikes but refuses to abandon his reform.

The government insists the reform must result in a balanced pension budget by 2027 and has proposed increasing the retirement age for a full pension to 64, a move even moderate unions reject.

Talks between unions, employers and the government to find an alternative way to balance the budget are taking place in parallel to the parliamentary debate, but with two weeks left to find a deal, there is little sign of a breakthrough.

“We made a concrete proposal for funding pensions through higher salaries and a revision of exemptions to employers’ contributions,” said Philippe Martinez, leader of the militant CGT union, ahead of the street protest.

Macron has diluted his ambitions for streamlining the existing set-up of 42 different pension schemes, each with their own level of benefits, into a single system that gives every pensioner the same rights for each euro contributed.

The president says the existing schemes deter job mobility and that reform is central to his drive to create a more flexible labor market.

The government was seriously looking at ramming the legislation through by decree, one cabinet minister said, a move some analysts say could reignite public anger. The minister, who requested anonymity, played down the risk.

“The protests are far from huge, the strike has run out of steam. Support for the reform is not all that low,” he said.

Asked about the prospect of government using the path of forceful adoption, Roland Lescure, a senior parliamentarian for Macron’s ruling LREM party, said: “Unfortunately, it is likely.”