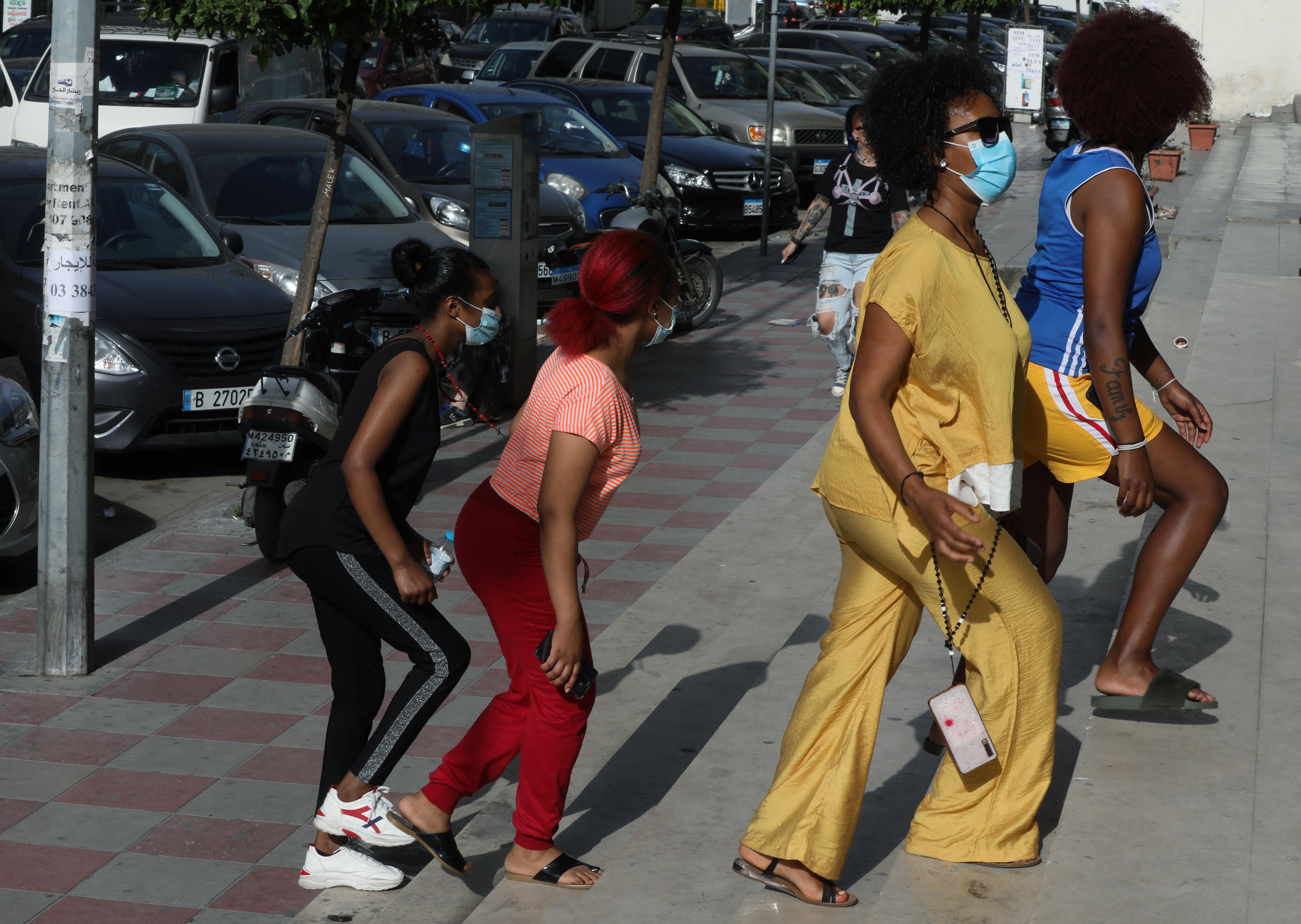 With Lebanon in deep financial crisis and dollars in short supply, people have less money to spend on help. And with Beirut airport shut under a coronavirus lockdown, Temitope can’t go back home even if she tries.

“I’m very afraid. There’s not a day that I don’t cry… without any money even to eat now,” said Temitope, who climbed down a building after her employer beat her until she bled. She now lives with friends, relying on any cash they can give her.

Like many African and Asian women in Lebanon, Temitope, a mother of two, was recruited for work and came so she could send money home to her family.

But dollar shortages piling pressure on hundreds of thousands of migrant workers in Lebanon have left some stranded in the streets and many begging to go home. Rights groups warn this puts workers at risk of abuse and trauma.

Embassy and NGO shelters are saturated.

Since Lebanon plunged into crisis late last year, the local currency has lost more than half its value. Prices have soared as more Lebanese slide into poverty.

The coronavirus pandemic has also hampered government efforts to repatriate workers via their embassies, and even those flights require payment in dollars.

“There’s more need than ever before for shelters…for those who lost jobs and have no place else to go,” said Zeina Mezher of the International Labour Organization.

Activist groups say they field regular calls from unpaid domestic workers who have been kicked out or escaped their employer’s households.

Migrant workers form the backbone of sectors like waste collection and housekeeping in Lebanon, where many barely have any rights, face widespread racism and sometimes commit suicide.

Most women work as maids under a sponsorship system called “kafala” that even the former labour minister likened to slavery. It prevents them from leaving without the employer’s consent, with salaries as low as $150 a month.

Last month, police interrogated a man who tried to sell a Nigerian housekeeper for $1,000 on Facebook.

“The crises, whether it’s coronavirus or the economy, expose the flaws in the kafala system,” Mezher said.

The prime minister’s wife sparked controversy last week when she called on Lebanese – facing rising unemployment – to take up jobs usually filled by foreigners like housekeeper or doorman.

Bangladeshi trash collectors went on strike for weeks after the firm managing waste in Beirut, RAMCO, switched to paying them in Lebanese pounds, undermining the value of their wages.

When workers stopped garbage trucks from going out in protest last week, riot police arrived, firing smoke bombs and beating some of them.

Mohamad Ilahi, one of the workers, has not sent money to his wife and two daughters in Bangladesh for months. “My family cries a lot,” he said. “They can’t pay school fees, can’t buy enough food.” 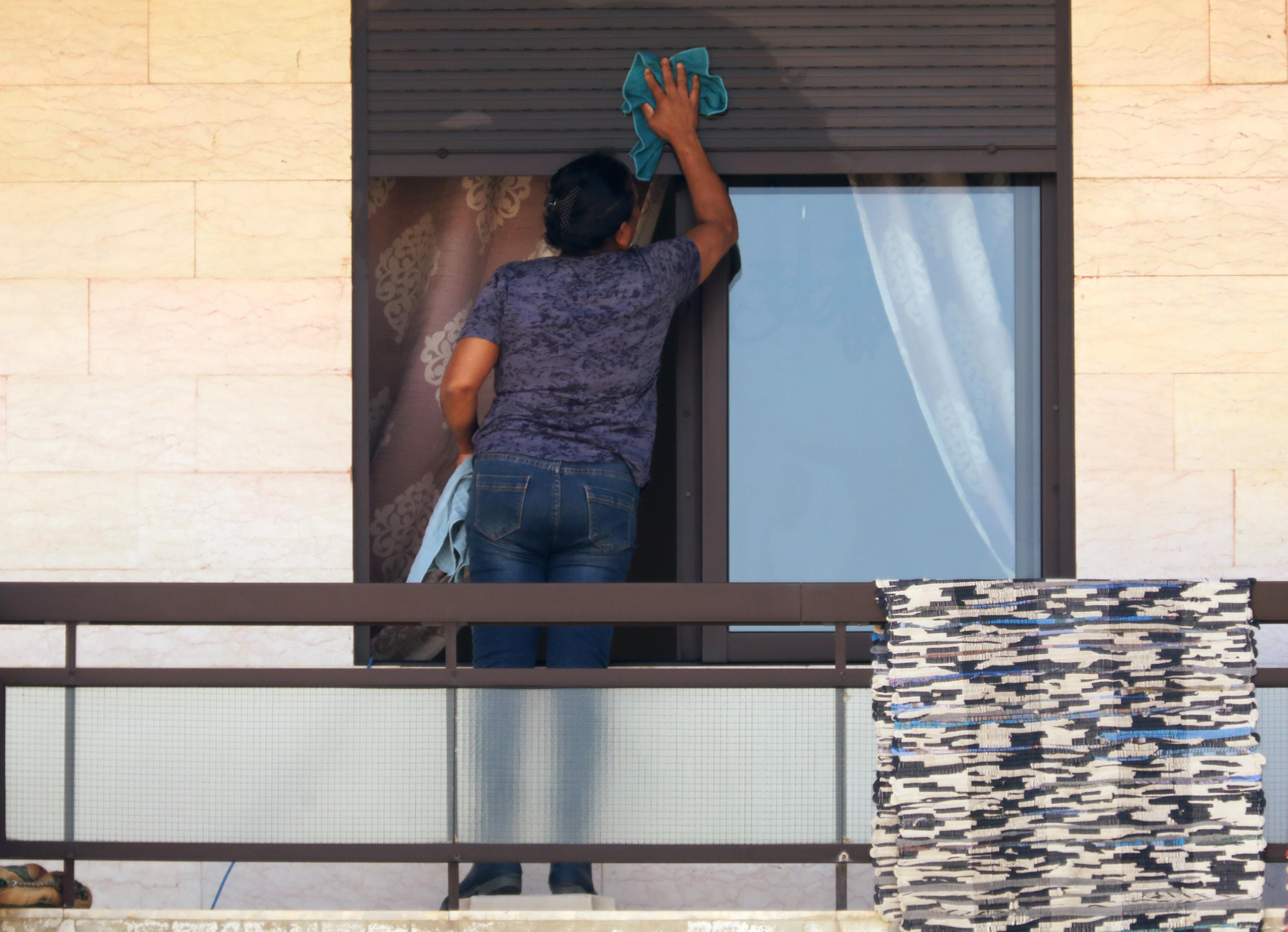 He said the firm had finally agreed to a pay raise in local currency.

RAMCO manager Walid BouSaad said the company had no choice because the Lebanese state, its main customer, stopped paying in dollars late last year, on top of millions the government owes in arrears. “It is the worker’s right to ask for payment in dollars,” he said. “But some things are out of our hands.”

For Ilahi, the future in Lebanon remains uncertain. “I want to work. But without a solution, there’s no use for me here,” he said. “I will want to leave then. All of us will.”