Mr Biden, 79, yesterday tested positive for the virus for the second time in two days. The White House Physician said he has “experienced no re-emergence of symptoms and continues to feel quite well”.

Mr Trump took a dig at his rival and suggested he is actually suffering from something quite different.

Writing on his Truth Social platform, the seedbed of which was laid after the then-President was removed from Twitter, the businessman-turned-politician joked that Mr Biden has “dementia”.

He wrote: “Joe Biden’s second bout of Covid, sometimes referred to as the China Virus, was sadly misdiagnosed by his doctors.

“He instead has Dementia, but is happily recovering well. 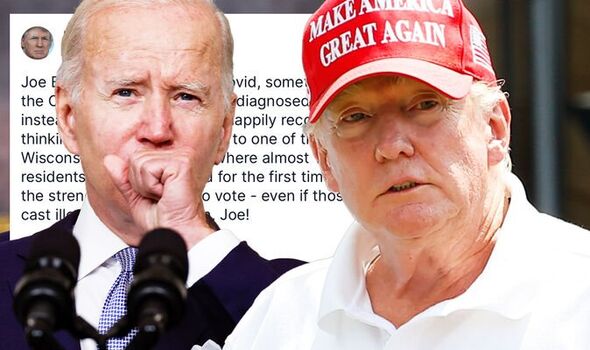 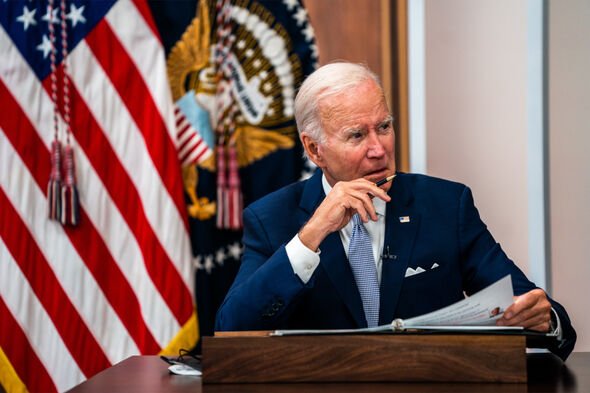 “Joe is thinking of moving, part time, to one of those beautiful Wisconsin Nursing Homes, where almost 100 percent of the residents miraculously, and for the first time in history, had the strength and energy to vote – even if those votes were cast illegally.”

Mr Trump characteristically fit a number of his talking points into his message.

These included the notion Mr Biden is unfit for office and that his 2020 election victory was rigged.

In a teasing endnote, he added: “Get well soon, Joe!” 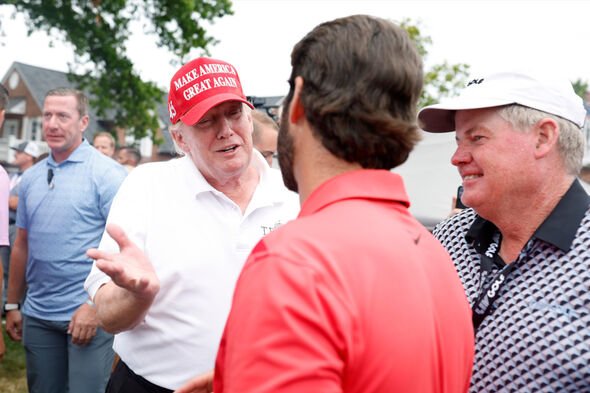 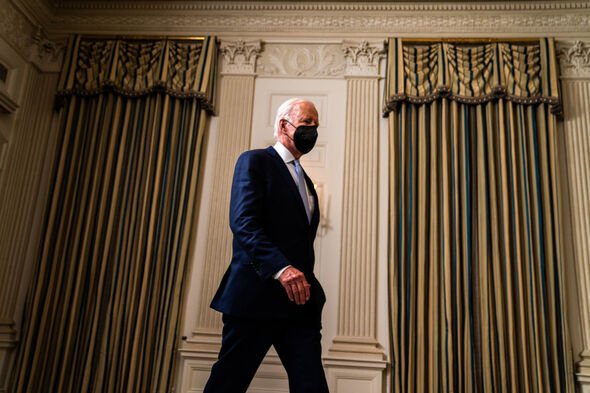 The message contrasts starkly to one posted in October 2020 by Mr Biden when the President at the time himself tested positive for Covid.

The Democrat then said in a post on Twitter: “Jill [Biden] and I send our thoughts to President Trump and First Lady Melania Trump for a swift recovery.

“We will continue to pray for the health and safety of the president and his family.” 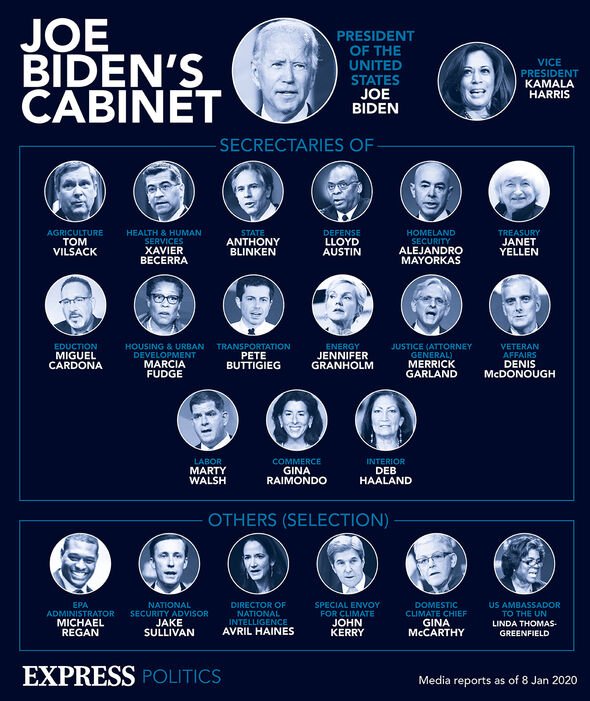 Commentators have responded to Mr Trump’s message with (some) shock, describing this as “wild”.

The White House has not responded to the post. 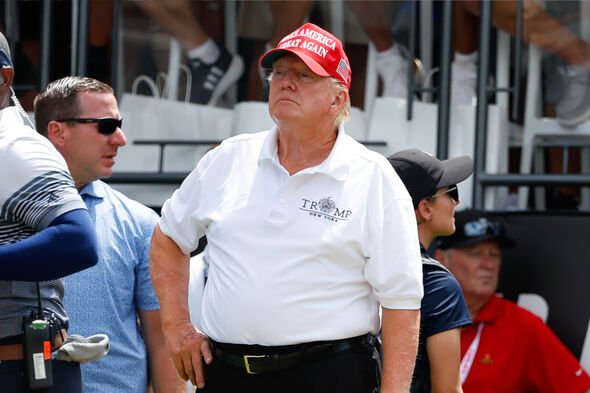 Others have mocked Mr Biden from another angle after he again tested positive for the virus.

They have pointed to a 2021 appearance on CNN when the President insisted “you’re not going to get Covid if you have these vaccinations”, in a bid to increase the take-up rate.

Mr Biden has received four Covid vaccines and has tested positive at least half this number of times.