Half a million security personnel and thousands of observers on duty on Sunday to oversee elections, officials say. 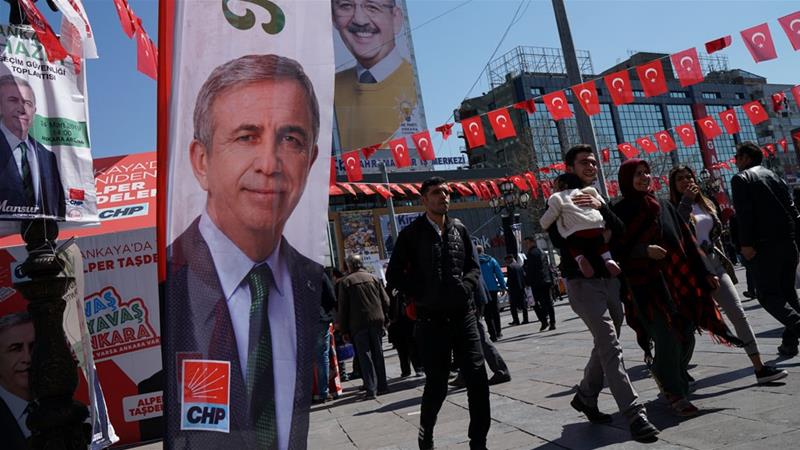 Istanbul, Turkey – As Turkey prepares for Sunday’s local elections, ensuring a free and fair vote is foremost in the minds of many across the country.

Ballots across all 81 provinces will decide local officials, from neighbourhood and village representatives all the way up to the mayors of metropolitan municipalities in charge of massive budgets.

While in many countries local polls are seen as lesser contests to general or presidential elections, in Turkey, they are a crucial barometer for the ruling party and can see vast resources reallocated as control of major cities shifts. The last local elections in 2014 saw a turnout of nearly 90 percent.

This year’s campaign has largely focused on Ankara and Istanbul – the country’s capital and commercial hub respectively – with speculation mounting that they could fall to opposition mayors after a quarter of a century under the sway of the ruling Justice and Development Party (AK Party) and its political predecessors.

The elections, which will be the last nationwide polls before joint presidential and parliamentary elections due in 2023, are being held as the country faces an economic crisis that has tested support for the AK Party.

The pressure has seen President Recep Tayyip Erdogan, who began his mainstream political career as mayor of Istanbul in 1994, ramp up his rhetoric during an unforgiving schedule of rallies and TV appearances.

In particular, the president has sought to portray the main opposition alliance as being aligned with the pro-Kurdish Peoples’ Democratic Party (HDP), which in turn Erdogan accuses of backing the Kurdistan Workers’ Party (PKK), labelled a terrorist organisation in Turkey and the West.

Amid this febrile atmosphere, 57 million voters will head to polling stations on Sunday. To safeguard the process, thousands of volunteers from political parties and independent monitoring groups will be on hand to oversee the counts.

“It’s an important duty to safeguard our democracy,” said Baris, an election volunteer from Ankara. “We want to protect the ballot boxes to prevent what happened in the last local election.”

The 2014 poll in Ankara was marred by claims of vote-rigging as Mansur Yavas, who is standing again for the opposition Republican People’s Party (CHP) in the capital, was narrowly defeated by AK Party incumbent Melih Gokcek. 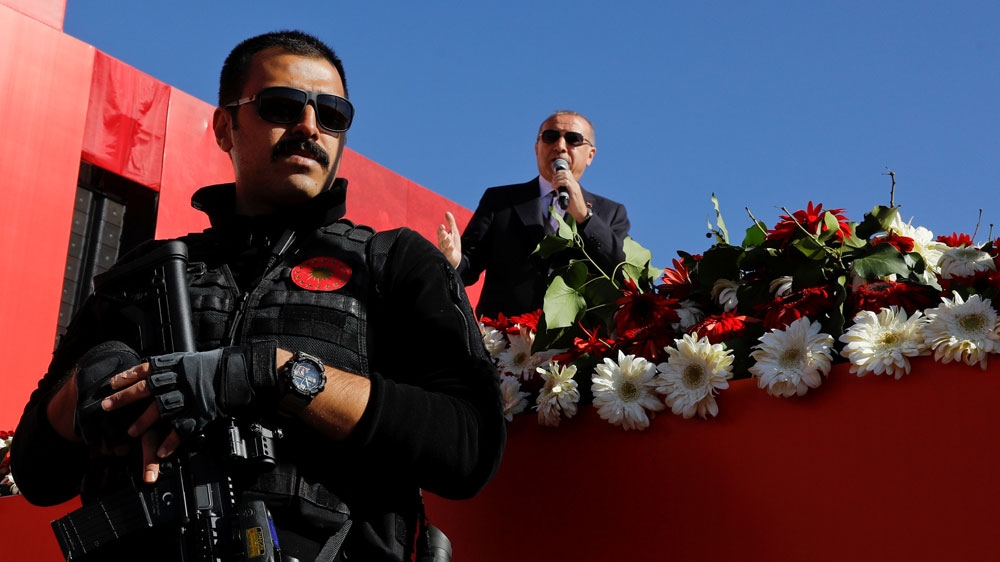 The result was contested in the courts as street protests erupted and the evening became part of Turkish political folklore when the energy minister famously claimed power cuts that disrupted the count were caused by a cat.

Ahead of the vote, Interior Minister Suleyman Soylu pledged that more than half a million security personnel would be on duty on Sunday, including nearly 7,000 in districts where the PKK was seen as a threat to fair elections.

“Turkey is one of the leading countries in the world and is high on the list in terms of holding an election and election safety,” he said.

However, the presence of security forces at polling stations has itself been viewed with suspicion by some voters, given the links being drawn between the opposition and the PKK by Erdogan and other government figures.

In the run-up to the vote, the role of the media in the campaign has been a major issue, as it is during all Turkish elections.

With the vast majority of TV channels and newspapers linked to the AK Party, the opposition struggles to get its voice heard.

According to the left-wing Sozcu newspaper, state broadcaster TRT gave 50 hours of positive coverage to Erdogan while CHP leader Kemal Kilicdaroglu received less than 12 hours, more than half of it negative.

The campaign has also been characterised by the targeting of opposition figures. A prosecutor has opened a case against Yavas, whom opinion polls put ahead of his AK Party rival Mehmet Ozhaseki, over a decade-old dispute from when he worked as a lawyer, and on Monday, Interior Minister Soylu said 231 opposition candidates were under investigation for links to groups considered terrorist organisations.

Announcing the completion of preparation for the election, Sadi Guven, head of the Supreme Electoral Council, called for a large turnout. “This is the way to establish democracy,” he said. “I hope the election results will be good for our country and our people. I hope for safe and sound elections.”

However, the labelling of opponents as “terrorists”, control of the media and the institutionalisation of powers brought in under a now-lifted state of emergency, mean, according to Hintz, that “it is safe to say even before the polls open that Sunday’s elections will be neither free nor fair”.