OUTSIDE SARAQEB, Syria/ANKARA (Reuters) – Refugees in Turkey headed toward European frontiers on Friday after an official said the borders had been thrown open, a response to the escalating war in Syria where 33 Turkish soldiers were killed by Russian-backed Syrian government troops.

U.N. Secretary-General Antonio Guterres described it as “one of the most alarming moments” of the nine-year-old Syrian war.

“The most pressing need is an immediate ceasefire before the situation gets entirely out of control,” Guterres told reporters in New York. “In all my contacts with those involved, I have had one simple message: step back from the edge of escalation.”

Turkey’s neighbors Greece and Bulgaria, both European Union member states, vowed not to admit the migrants and reinforced their borders following Ankara’s threat to reopen the frontier. It was closed under an accord between Turkey and the European Union that halted the 2015-16 migration crisis when more than a million people crossed into Europe by foot.

As news of Thursday’s strike emerged, a senior Turkish official told Reuters the government had decided, effective immediately, not to stop Syrian refugees from reaching Europe “by land or sea,” and that police and border guards had been stood down.

“All refugees, including Syrians, are now welcome to cross into the European Union,” said the official, who spoke on condition of anonymity.

Within hours hundreds of migrants, some wearing face masks in an apparent attempt to guard against the coronavirus outbreak sweeping the world, began arriving on the European frontier in the early morning light.

“We heard about it on the television,” said Afghan migrant Sahin Nebizade, 16, in a group packed into taxis on the outskirts of Istanbul.

At the Pazarkule border post with Greece, scores of migrants faced barbed wire fences and smoke grenades. Some stuck in the no-man’s land between the two countries tried to return to the Turkish side, only to be turned back by Turkish authorities.

Hamid Muhammed, who carried a young girl, said he was turned away by Greek police. “We want the Turkish and European governments to open this gate,” he said.

Greece’s prime minister said no unauthorized crossing would be allowed. His Bulgarian counterpart said the prospect of a new migration crisis was even more of a threat as European countries struggle to respond to the coronavirus.

The EU said that Ankara had made no formal announcement of any change in policy at the border. 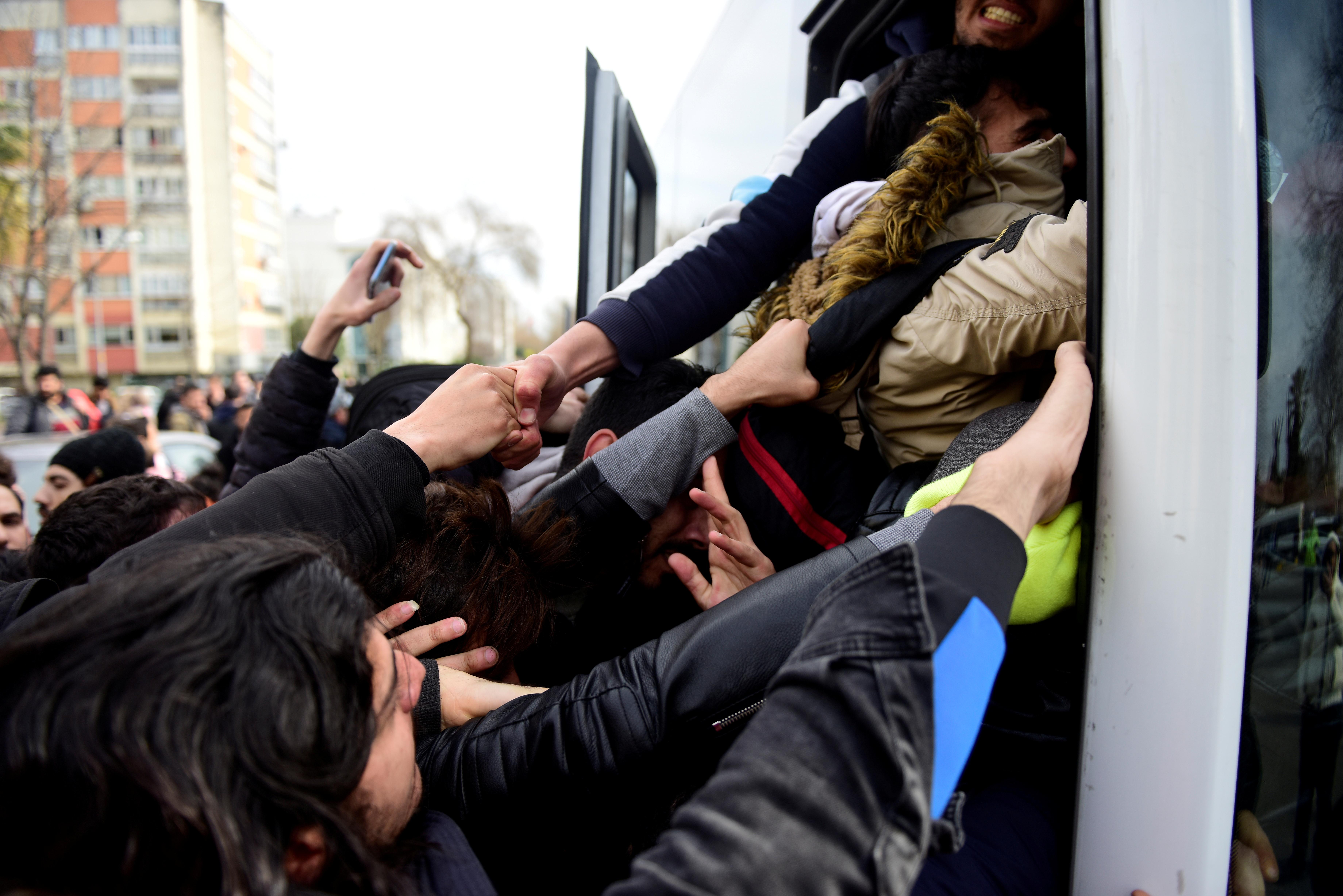 Inside Syria there was ample evidence of the renewed fighting that has caused perhaps the worst humanitarian crisis of the conflict.

A million civilians have been displaced since December inside Syria near the Turkish border in desperate winter conditions. Turkey, already home to 3.7 million Syrian refugees, says it cannot take more.

Reuters journalists at the front line saw huge clouds of white smoke as government forces struck the town of Saraqeb, an important crossroads captured by rebels this week in a rare push-back against the government’s advance.

Rebel fighters sped down highways in pick-up trucks mounted with artillery. In the provincial capital Idlib, wounded fighters in jeans and camouflage jackets were carried into a clinic.

With diplomacy sponsored by Ankara and Moscow in tatters, Turkey has come closer than ever to direct confrontation with Russia on the battlefield.

Turkey’s Erdogan and Russian President Vladimir Putin spoke by phone on Friday. The Kremlin said they agreed on the need for a new arrangement to avert clashes. Turkey said they agreed to meet as soon as possible.

The return of refugees to the frontier was a reminder of Western Europe’s biggest migration since World War Two: the 2015-2016 crisis when 4,000 people drowned trying to reach Greece before Turkey shut the border in return for EU cash.

“At a time when we are imposing stricter border monitoring over the coronavirus, imagine if we have an inflow of hundreds of thousands of migrants,” Bulgarian Prime Minister Boyko Borissov said. “We cannot afford that.” 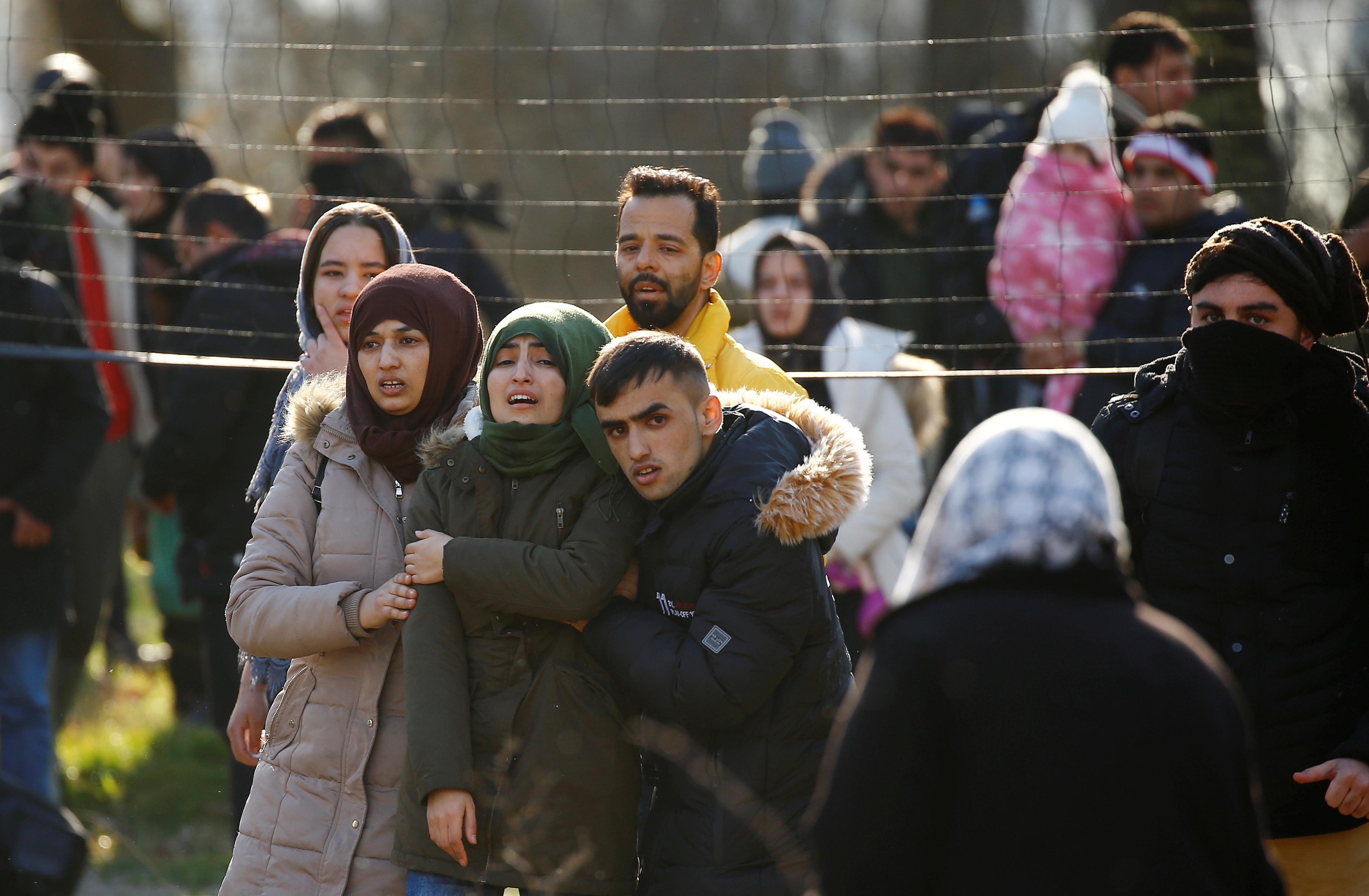 Thursday’s air strike, which Turkey’s defense minister said occurred despite coordination with Russia, was the worst on Turkey’s military since a 1993 attack by Kurdish separatists.