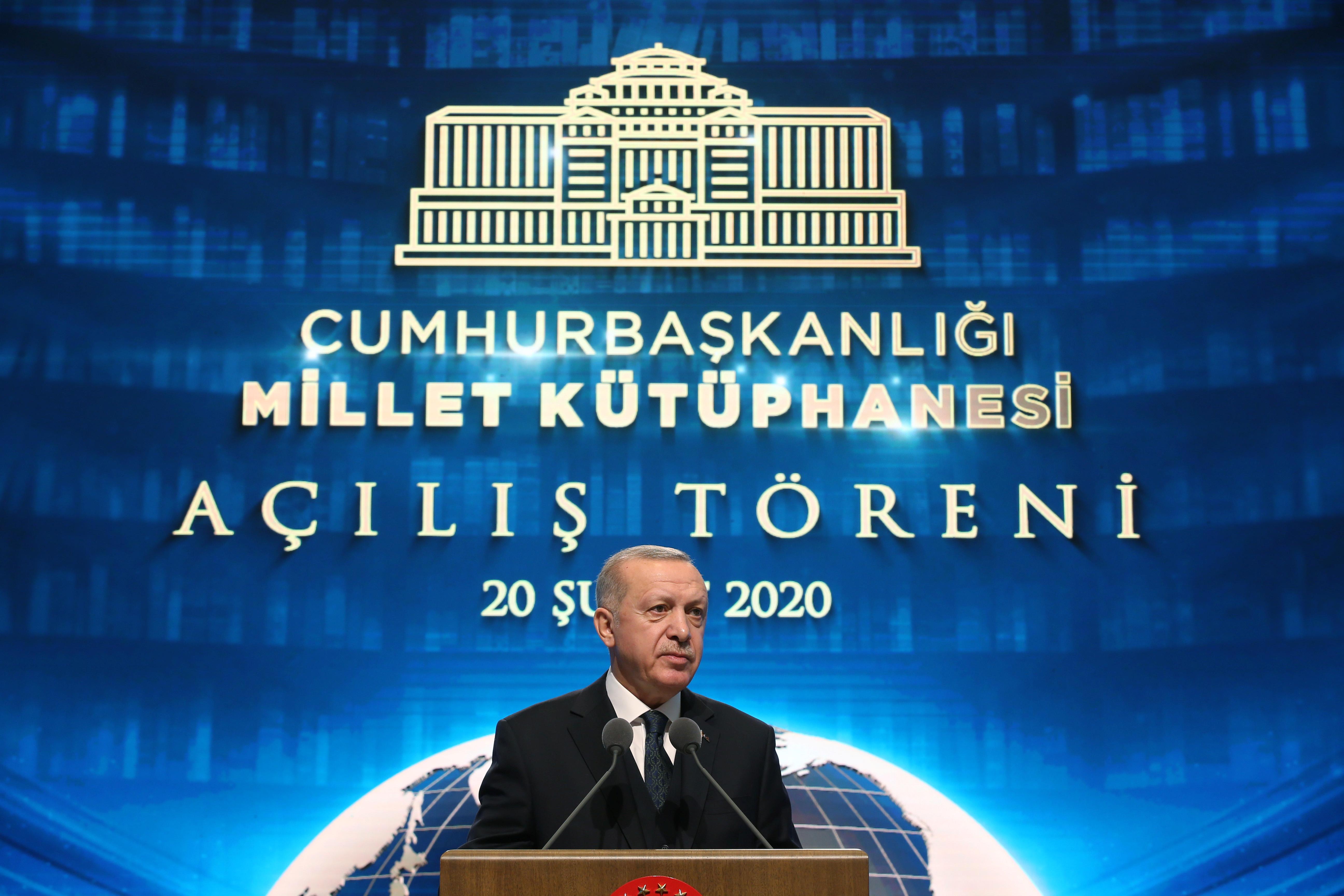 ISTANBUL (Reuters) – Turkish President Tayyip Erdogan said on Tuesday that there was not yet full agreement on holding a proposed March 5 summit with Russia, France and Germany on the conflict in Syria’s Idlib, but he may meet Russia’s Vladimir Putin on that date.

Syrian government forces are pushing to retake the last large rebel-held region in Syria after nine years of war and nearly a million Syrians, mostly women and children, have been displaced by the fighting since early December.

At a news conference in Ankara before departing on a trip to Azerbaijan, Erdogan said that a Russian delegation was set to come to Turkey on Wednesday to discuss the Idlib situation.

“There is no full agreement yet between (French President Emmanuel) Macron…(German Chancellor Angela) Merkel, and Putin,” he said. Macron and Merkel have both urged Putin to end the conflict, concerned about the humanitarian situation.

On Saturday, Erdogan said that Turkey had set out a “road map” for Syria after calls with the three leaders, while the Kremlin has said it was discussing the possibility of holding a four-way summit.

Turkey has sent thousands of troops and equipment to Idlib to head off the campaign driven by Russian air raids and 17 members of the Turkish forces have been killed. Turkey already hosts 3.7 million Syrian refugees, says it cannot handle another wave and has closed its borders.