WASHINGTON (Reuters) – The United States on Thursday imposed sanctions on Chinese officials, including a member of the country’s powerful Politburo, accusing them of serious human rights abuses against the Uighur Muslim minority, a move likely to further ratchet up tensions between Washington and Beijing. 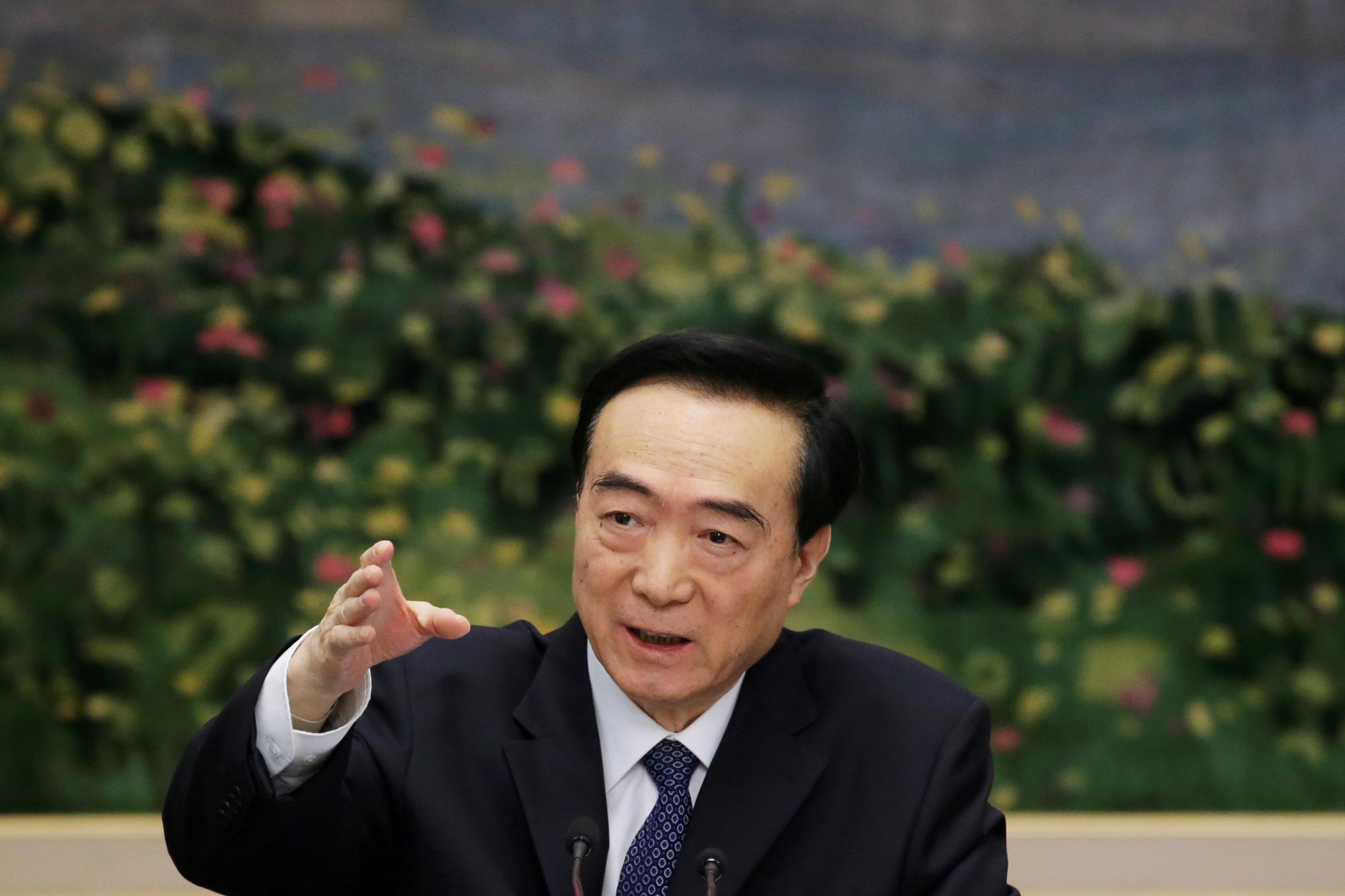 The Trump administration targeted Xinjiang region’s Communist Party Secretary Chen Quanguo, who becomes the highest-ranking Chinese official to be hit with U.S. sanctions, and the Xinjiang Public Security Bureau. The highly anticipated action follows months of open hostility toward Beijing in Washington over China’s handling of the novel coronavirus outbreak and its tightened grip on Hong Kong.

“The United States calls upon the world to stand against the CCP’s acts against its own minority communities in Xinjiang, including mass arbitrary detention, forced labor, religious persecution, and forced birth control and sterilization,” a White House official said.

The Chinese embassy in Washington did not immediately respond to a request for comment.

However, China denies mistreatment of the minority group and says the camps provide vocational training and are needed to fight extremism.

The sanctions were imposed under the Global Magnitsky Human Rights Accountability Act, a federal law that allows the U.S. government to target human rights violators around the world with freezes on any U.S. assets, U.S. travel bans and prohibitions on Americans doing business with them.

A senior administration official who briefed reporters after the announcements described Chen as the highest ranking Chinese official ever sanctioned by the United States, adding that the sanction is “no joke. Not only in terms of symbolic and reputational affect, but it does have real meaning on a person’s ability to move around the world and conduct business.”

U.S. Secretary of State Mike Pompeo said Washington was also imposing further visa restrictions on Chen, Zhu, and Wang, as well as on other unnamed Chinese Communist Party (CCP) officials, barring them and their immediate family from the United States.

The U.S. Treasury Department said that Chen implemented “a comprehensive surveillance, detention, and indoctrination program in Xinjiang, targeting Uighurs and other ethnic minorities” through the Xinjiang Public Security Bureau.

Chen made his mark swiftly after taking the top post in Xinjiang in 2016, with mass “anti-terror” rallies conducted in the region’s largest cities involving tens of thousands of paramilitary troops and police. He is widely considered the senior official responsible for the security crackdown in Xinjiang.

The United Nations estimates that more than a million Muslims have been detained in camps in the Xinjiang region.

Pompeo earlier on Thursday called China’s crackdown in Xinjiang “the stain of the century … that rivals anything we’ve seen across the globe.”

Former detainees of the detention camps report that fellow detainees died after torture and abuse by officials, the Treasury said.

U.S. Republican Senator Marco Rubio told Reuters the sanctions were “long overdue” and cautioned that steps needed to continue to be taken.

“For far too long, Chinese officials have not been held accountable for committing atrocities that likely constitute crimes against humanity,” Rubio said.

China threatened retaliation after Trump signed legislation in June with little fanfare, calling for sanctions over the repression of China’s Uighurs.

“The United States is committed to using the full breadth of its financial powers to hold human rights abusers accountable in Xinjiang and across the world,” Treasury Secretary Steven Mnuchin said in a statement.

Related posts:
Best News
World War 3: General warns of ‘grave human tragedy’ as China vs India clash boils over
‘Bias, hatred and rudeness’: Trump posts unedited 60 Minutes interview before it airs
Moncler Banking on Mainland China, Internalizing Online Business
Hands off Mont Blanc! France told ‘can’t do whatever you want’ amid Italy border row
US election debate: Trump defeat ‘unavoidable’ as ‘die has been cast’ ahead of Biden bout
Recent Posts
This website uses cookies to improve your user experience and to provide you with advertisements that are relevant to your interests. By continuing to browse the site you are agreeing to our use of cookies.Ok