ADDIS ABABA (Reuters) – The United States will provide financial assistance to Ethiopia as it pursues political reforms, the office of Ethiopian Prime Minister Abiy Ahmed said on Tuesday during a visit by U.S. Secretary of State Mike Pompeo. 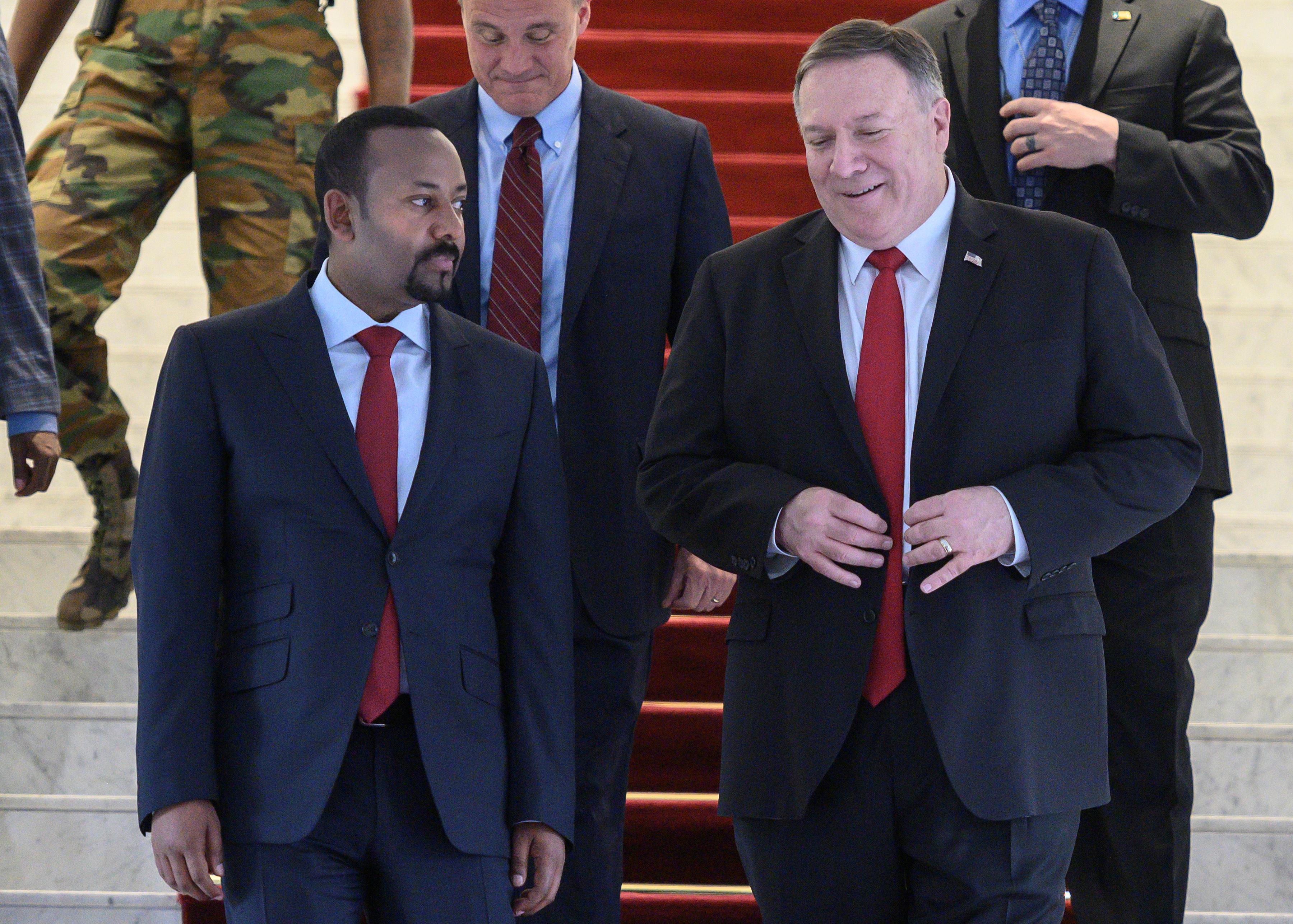 “An agreement has been reached regarding the strengthening of the holistic and ongoing reform in Ethiopia to which the United States Government plans to provide substantial financial support,” the statement said.

Neither Pompeo nor Abiy provided further details. Ethiopia, Africa’s second-most populous nation, has long been an ally of the United States, which supplies about $1 billion in aid annually.

Pompeo praised political reforms Abiy has spearheaded ahead of Ethiopia’s upcoming elections. Ethiopians are due vote on Aug. 29 in a balllot Abiy has promised will be free and fair in a bold break from decades of repression.

“A free and credible vote will show that there is no false choice between democracy and security and it will ensure that everyone has a choice,” Pompeo told reporters.

Abiy took power in 2018 following years of anti-government protests. He freed thousands of political prisoners, won the Nobel Peace Prize for ending a long-running conflict with neighboring Eritrea, and put prominent dissidents and human rights activists in positions of power.

“These aren’t reforms imposed by somebody on the outside. These were reforms that came from Ethiopian people,” Pompeo said.

Abiy’s reforms, while applauded abroad, have also unleashed simmering ethnic and political tensions at home as regional powerbrokers jockey for position. More than 2 million of Ethiopia’s 109 million citizens have been displaced, according to the United Nations.

“The most important challenge for us is security,” Ethiopia’s foreign minister Gedu Andargachew told reporters. “Most of our youth have no job… this situation is difficult to maintain peace and order.”

Gedu also said there had been “progress” in a dispute that the U.S. Treasury has been trying to mediate between Ethiopia and Egypt over Ethiopia’s giant Blue Nile hydropower dam.

Pompeo is on a tour that has already taken him to Germany, Senegal and Angola. His visit comes as some African governments are questioning U.S. President Donald Trump’s commitment to their continent.