WASHINGTON (Reuters) – The United States will continue to work with Egypt, Ethiopia and Sudan until they sign an accord on a giant Blue Nile hydropower dam, after failing to secure signatures from the three countries this week, U.S. Treasury Secretary Steven Mnuchin said Friday. 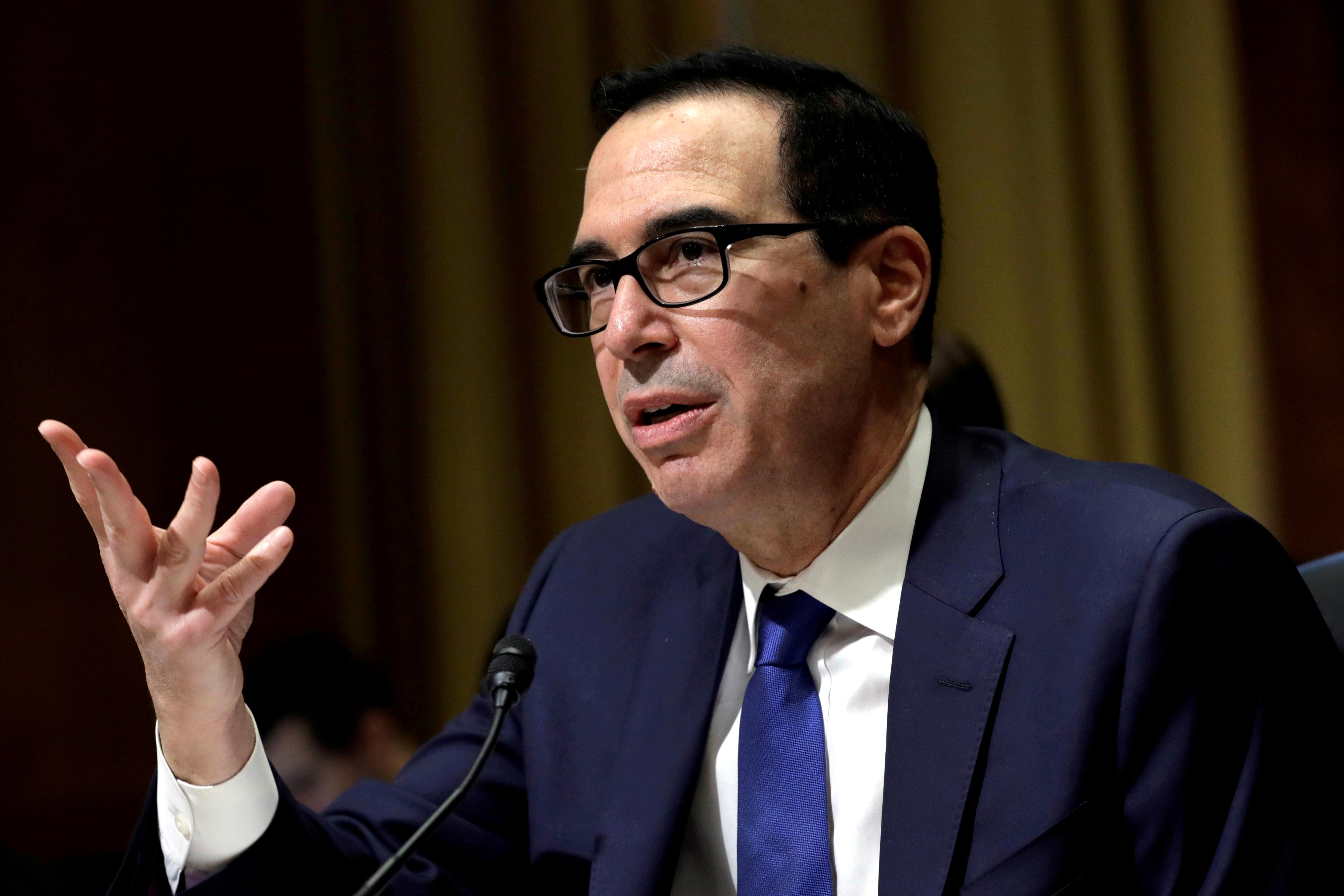 The three countries had expected to sign an agreement in Washington this week on the filling and operation of the $4 billion Grand Ethiopian Renaissance Dam (GERD), but Ethiopia skipped the meeting and only Egypt has initialed the deal thus far.

In a statement released late Friday, Mnuchin said he held separate bilateral talks with key ministers from Egypt and Sudan over the past two days after Ethiopia asked for a delay in what was to be the final round of talks.

It was not immediately clear whether further talks would be scheduled.

Mnuchin said he looked forward to Ethiopia concluding its internal consultations to allow a signing of the deal “at the earliest possible time”, and stressed that final testing and filling of the dam “should not take place without an agreement.”

“The United States reaffirms its commitment to remain engaged with the three countries until they sign the final agreement,” he said.

Ethiopia is building the dam near its border with Sudan on the Blue Nile, which flows into the Nile river – the main water source for Egypt’s population of 100 million. The dam is the centrepiece in Ethiopia’s bid to become Africa’s biggest power exporter.

At last month’s talks in Washington, the nations agreed on a schedule for staged filling of the dam and mitigation mechanisms during dry periods and drought, but said they still needed to finalize details on safety and how to resolve any disputes.

Mnuchin said the agreement hammered out over the past four months with input from the countries and the World Bank “addresses all issues in a balanced and equitable manner.”

Egypt was ready to sign the agreement and had initialed it, but Ethiopia continued its national consultations, Mnuchin said.

Downstream populations in Sudan and Egypt remained concerned about unfinished work on the safe operation of the dam, he said.

Egypt’s foreign ministry said in a statement that Cairo looked forward to Sudan and Ethiopia following its lead in accepting the agreement and signing it soon.

“It is a fair and balanced agreement that achieves the common interests of the three countries,” Egypt said. It said it “regrets Ethiopia’s unjustified absence from this meeting at this crucial stage of the negotiations.”