Weather maps show snow is expected to fall in some regions from next weekend with winds of up to 70mph heading for areas of the country over the half-term period. But where in the UK will see snow and frosty temperatures this week?

Torrential rain interspersed with sunny spells is predicted to dominate the weather on Monday.

However, from Tuesday weather conditions will become windier and rainier due to the remains of Hurricane Epsilon.

The ex-hurricane will bring a deep area of low pressure across Britain, unleashing a bank of heavy rain and wind.

The persistent rain is likely to clear away late on Tuesday, while the wind will likely strengthen further.

Wednesday could see a push of gale-force winds from the west with a mass of heavy showers and longer spells of rain.

The rest of the week will be wet and windy with frequent spells of rain for most Britons as a new area of low pressure brings persistent heavy downpours across the country. 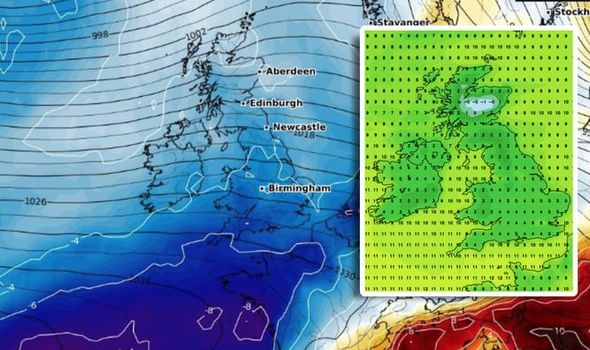 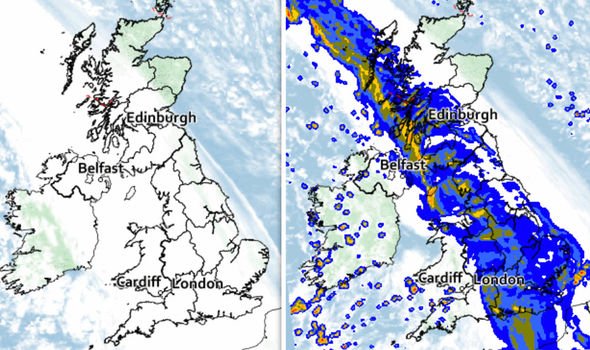 The Met Office weather forecast for the coming week predicts showery conditions on Monday with the rain moving eastwards on Tuesday.

Conditions will be very windy and wet across the UK on Monday with most areas seeing at times heavy downpours.

The rainy spells may merge into longer spells of rainfall in northern and western areas, while some areas will see sunny spells between the showery periods.

Throughout Monday evening and overnight the showers will ease leaving a chilly night with clear spells.

Conditions will be cloudier and rainier across Northern Ireland, Wales and southwest England by the end of the night. 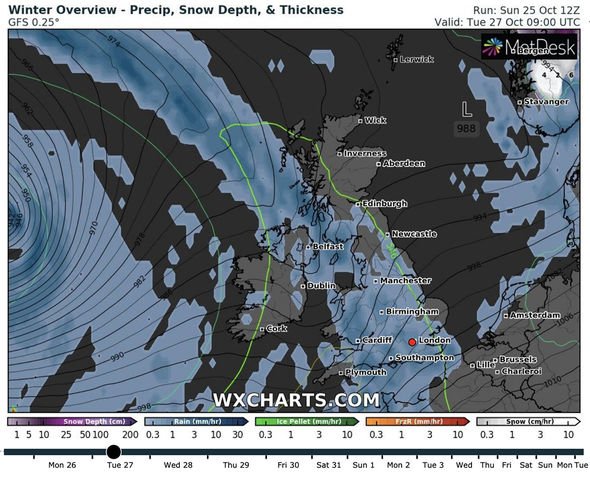 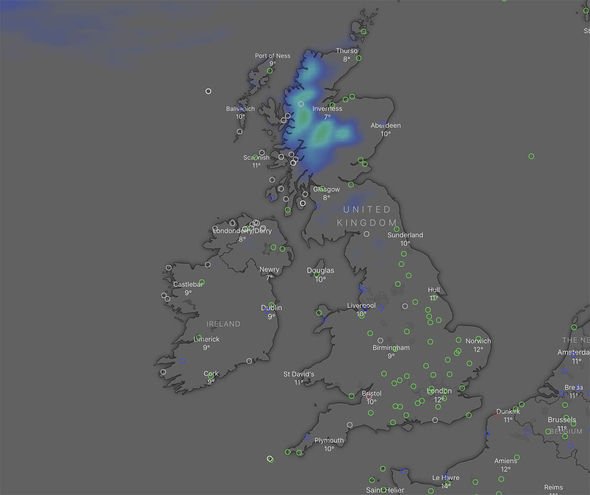 On Tuesday, there will be rain over Northern Ireland, Wales and southwest England which is forecast to spread eastwards.

The downpours will become confined to Scotland and eastern England by dusk with showers following into the south and west of the country.

During the later part of the week, the weather will feel cold with blustery showers on Wednesday.

The cold and rainy conditions will ease from the west later on in the day and the weather will become milder for the end of the week.

However, across western hills, there will still be heavy rain in most places.

These unsettled conditions are expected to dominate for the rest of October.

Downpours are expected to be interspersed with occasional sunny spells.

The wettest, windiest weather is most likely to hit northern and western of the UK, whilst the best of any drier or brighter weather across the south and east.

Conditions are however expected to become milder towards early November, bringing an increased risk of colder weather with overnight frosts and morning fog. 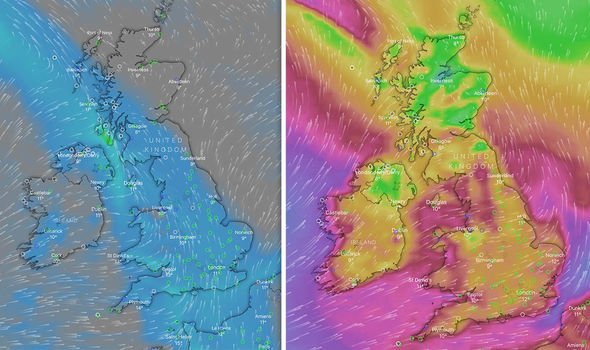 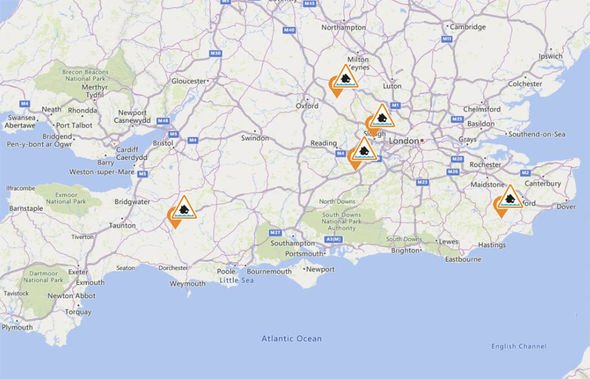 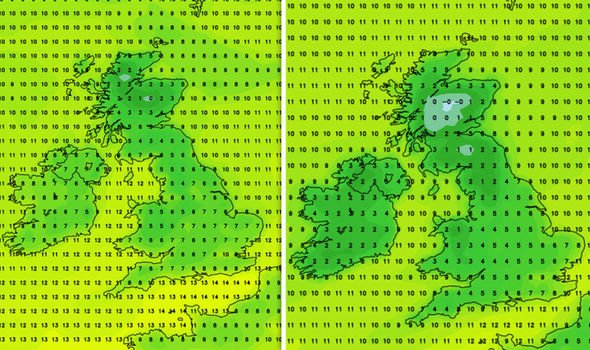 As half-term begins for many children across the UK, low pressure from the Atlantic will lead to a drop in temperatures with Scotland the first to be hit.

These wintry weather conditions are then expected to fall across Ireland and England as October draws to an end.

Wind and rain will turn to sleet and snow as October ends with unsettled conditions particularly likely across northern parts of the UK.

The low-pressure system will be driven eastwards over the north Atlantic and into the UK, battering the regions with heavy rainfall and blustery winds.

Hail and thunder are both possible from Wednesday, forecasters report.

Netweather temperature maps indicate temperatures could drop to freezing in some regions this week.

The maps reveal temperatures could drop to freezing on Wednesday, October 28, with even more freezing temperatures expected during the first week of November.

The Environment Agency currently has five flood alerts in effect advising flooding is possible in the following areas: