Latest figures from the UK’s Office for National Statistics highlight slowdowns across a number of industries. 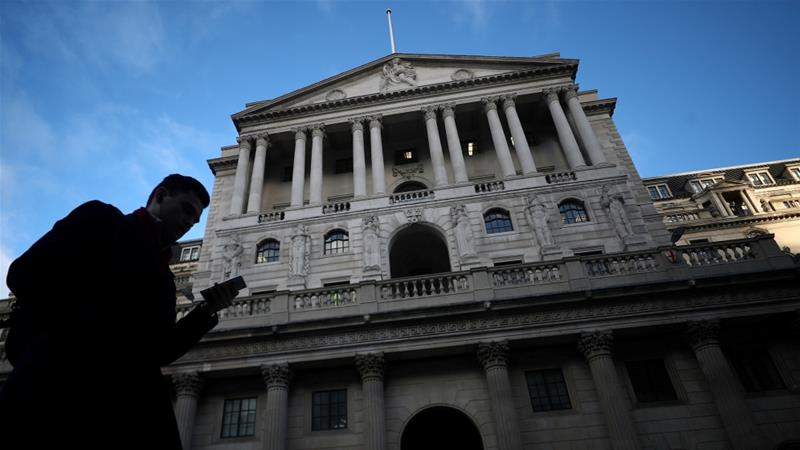 The UK economy has slowed to its weakest rate of growth in six years amid mounting uncertainty over Britain’s impending departure from the European Union, official figures show

Data published by the UK’s Office for National Statistics (ONS) on Monday revealed the British economy grew by 1.4 percent across 2018, down from 1.8 percent the year before, reflecting a slowdown across a number of industries including construction and car manufacturing.

The figure signifies the UK’s lowest rate of annual growth since 2012, which also witnessed 1.4 percent growth, and its equal worst performance since 2009, when GDP contracted by 4.2 percent in the wake of a global financial downturn that saw much of the world’s banking system brought to its knees.

Chancellor of the Exchequer Phillip Hammond said the ONS data marked a “solid performance” amid a current global slowdown, but conceded the UK economy was being “overshadowed by the uncertainty” created by the UK’s ongoing Brexit conundrum.

“The sooner we can resolve that, the better, the quicker we can get back to more robust growth in the future,” Hammond told UK broadcaster Sky News.

According to the ONS data, the British economy grew by a meagre 0.2 percent during the final quarter of 2018, down from the 0.6 percent growth registered in the preceding three months, with business investment continuing to decline.

UK-based economics research consultancy Capital Economics said “most of the blame” for the slump would be placed on Brexit, citing “more evidence that the uncertainty is prompting some activity to be postponed”.

“If there’s a silver lining from the mounting signs that the uncertainty caused by Brexit is holding back GDP growth, it’s that the economy could enjoy a decent rebound if a Brexit deal is agreed,” Capital Economics’ Chief UK Economist, Paul Dales, wrote in a research note published on Monday.

The UK is due to leave the EU on March 29, almost three years after nearly 52 percent of Britons voted to quit the bloc during a divisive referendum held in June 2016.

But British Prime Minister Theresa May is struggling to salvage her widely criticised divorce deal, brokered after months of tortuous negotiations with EU counterparts, after it was overwhelmingly rejected by British legislators last month.

Ongoing efforts by May to win concessions on the deal from fellow EU leaders have proved unsuccessful so far, heightening speculation the UK could exit the 28-member bloc without an agreement on the terms of its departure.

Some economists have warned a so-called “no-deal” departure could have potentially dire consequences for the UK economy, with the UK’s central bank warning GDP may shrink by up to eight percent and house prices collapse by around a third in such a scenario.

The government, for its part, forecasts a potential economic slump of more than nine percent in the event of a worst case scenario no-deal Brexit.

Some analysts have cautioned the projections are overly pessimistic, however, mirroring arguments made by several high-profile eurosceptic British legislators who remain in favour of a clean break with Brussels.

Last week, the UK’s National Institute of Economic and Social Research said that while economic growth would hover near zero in the two years following a no-deal Brexit, Britain could avoid sliding into recession if inflation and wage growth stayed in check and policymakers responded with measures to support the economy.

Amid the continued uncertainty the British pound fell by more than 0.5 percent against the dollar on Monday, and was tracking slightly below $1.29 at the time of publication. 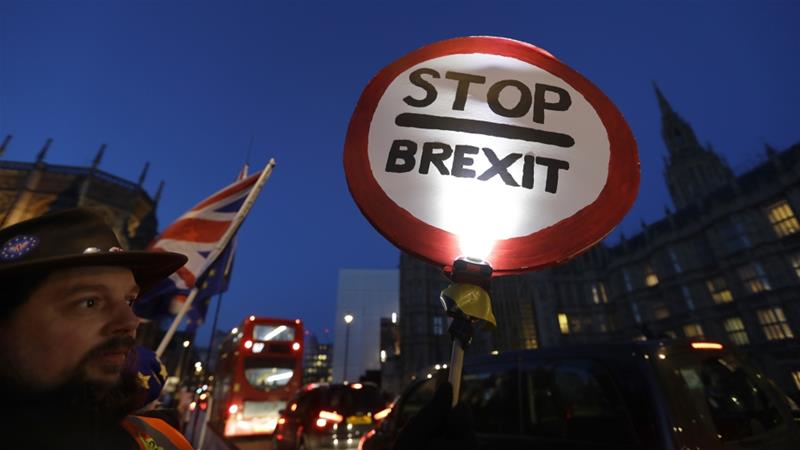