Flooding has continued in parts of the UK this week off the back of the devastating Storm Dennis. Thousands of households are struggling under rising floodwaters from overflowing rivers, and more people remain without power as they attempt to rebuild.

Currently, Wales and the West of England is the most acutely affected area in terms of flooding.

The Environment Agency has laid down a total of six severe flood warnings in the region, with a “danger for life” posed to people living nearby.

Four places along the River Severn and Hampton Bishop at the Rivers Lug and Wye are both in danger.

Another 86 flood “warnings” and 148 flood “alerts” remain for the UK, and the Environment Agency has added two further regions are at risk of “significant” flooding. 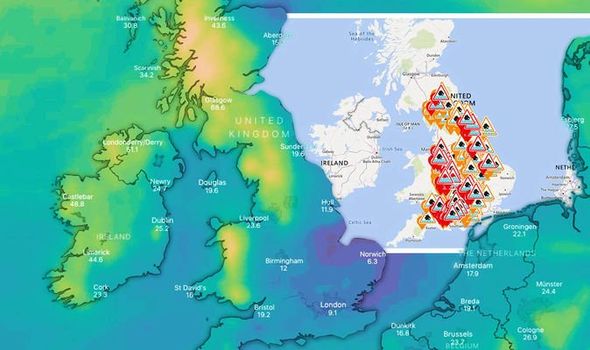 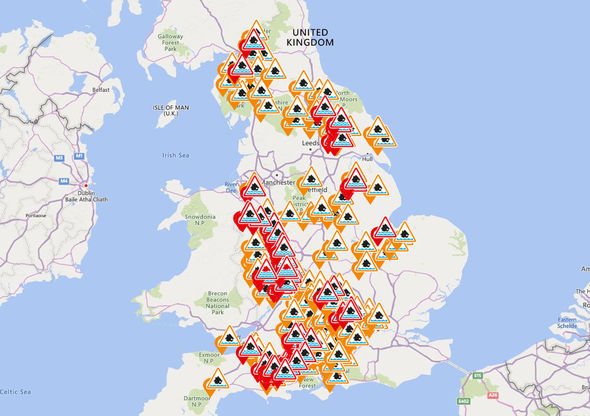 The agency said ongoing river flooding is “probable” across the Pennines and parts of Yorkshire.

She said: “This is the third weekend we have seen exceptional river levels and stormy weather, and with the effects of climate change, we need to prepare for more frequent periods of extreme weather like this.” 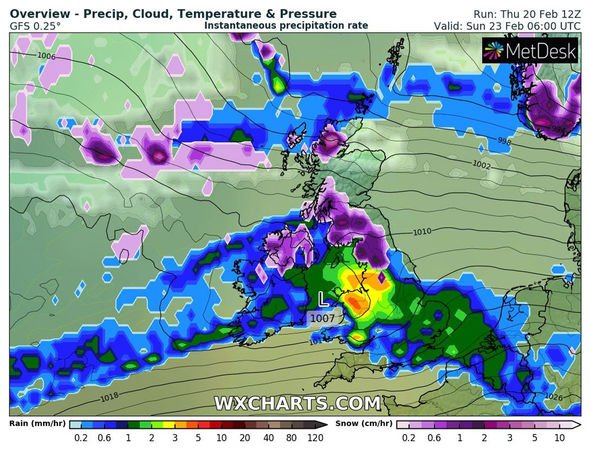 The English-Welsh border around the Severn remains on alert due to yellow rain warnings issued by the Met Office.

Forecasters with the organisation have set down five warnings, which come into effect over the next four days.

Three of these warnings commence tomorrow, from 12am on February 21 to 6am the following day.

Some of the heavy rain will fall over areas already affected by floods, according to Met Office forecaster Grahame Madge. 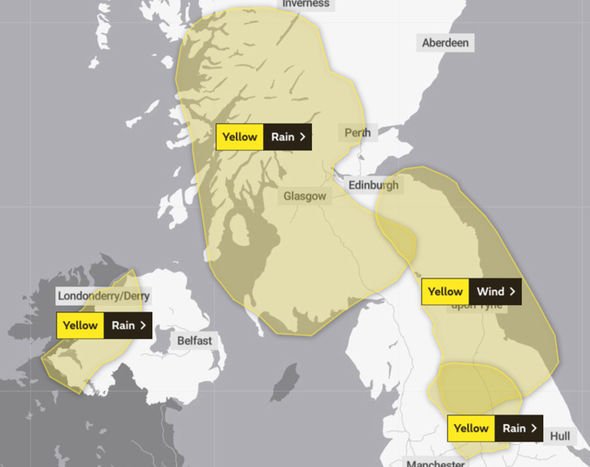 He said: “There is still heavy rain in the forecast, and some of this will be falling on areas already affected by flooding.

“The yellow warning is in place from Sheffield to North Yorkshire and beyond.

Once the weather warnings for wind and rain pass on Saturday, the country gets some brief respite, with no alerts in place on Sunday.

However, the Met Office has issued a warning for rain over northeast England and Yorkshire and Humber on Monday, February 24.

People living in the area could see inches rainfall during 15 hours from 12am to 3pm on the day.

The warning reads: “Following a wet period, further heavy rain is possible on Monday across parts of northern England.