The month of May broke records for the sunniest UK calendar month. However, the spell of warm weather has not continued into June for most places, with this weekend proving to be up to 10 degrees cooler than the temperatures recorded the weekend prior. Here are the latest Met Office long-range forecasts, maps and charts.

According to the Met Office forecast, Monday is expected to be a dry and settled day for most parts of the UK today.

Some regions will see sunshine, while “mostly light showers” are expected to affect eastern coasts and parts of southwest England and Wales.

However later in the week, low pressure is expected to move into the northwest on Tuesday, bringing rain as it tracks southeast.

The Netweather forecast reads: “Into midweek, the low pressure bringing that rain will move in and head southeast, spreading the unsettled weather with it. 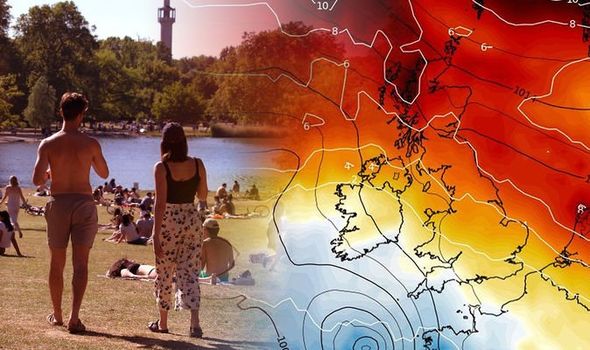 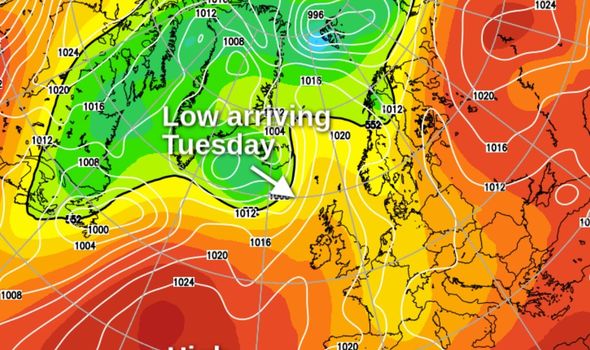 “Wednesday will see a band of rain trying to move southeast, but probably becoming more patchy as it does.

“By Thursday, the low is likely to be close to or right over the south of the country.

“It’ll bring further showers or longer spells of rain into England and Wales in particular.”

With rain, strong winds and thunder making an appearance in parts of the UK over the last few days, some may be wondering when the hot weather is due to make a return to the UK. 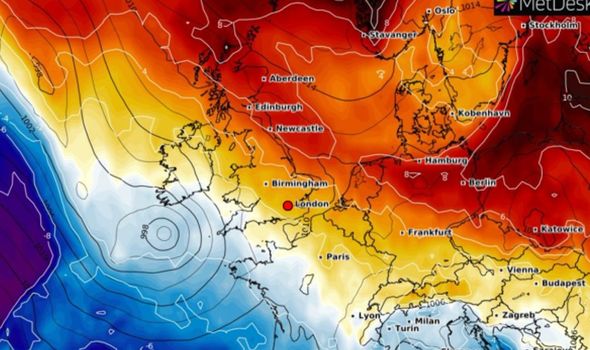 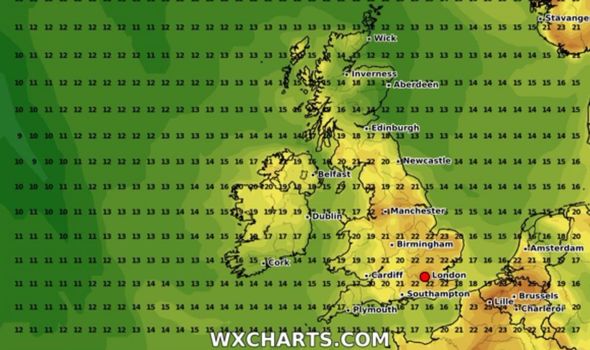 From June 12 to June 21, the Met Office is forecasting temperatures are likely to be above-average for this time of year.

However, rain and potentially thunderstorms are still likely during this period.

The Met Office long-range forecast for this period reads: “The first few days of the period, including next weekend and into the start of the following week, should see the driest brightest weather across northern areas of the UK, particularly western Scotland.

“Elsewhere, conditions will be rather changeable with some sunshine but also areas of rain or showers.

“However, mist and low cloud will probably affect east coasts at times, making it cooler here.”

Later on in this period, the Met Office says “confidence is low” in the forecast.

But the Met Office is predicting weather conditions will “probably be mixed”, with “periods of dry, bright weather.” 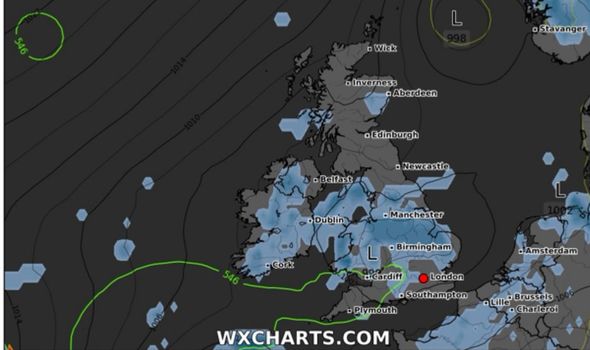 There will also be “some spells of cloud and rain, perhaps accompanied by stronger winds”.

Temperatures will probably continue to be above average generally during this period.

However for the rest of June after this period, temperatures should “be close to average” before possibly trending above average.

The Met Office outlook for June 22 to July 6 reads: “The changeable conditions are likely to continue into July, with periods of drier and more settled conditions interspersed with showers or longer spells of rain, at times.

“Temperatures should be close to average for the majority of June, but towards the end of the month they could trend above average.”