The UK has seen a wet and blustery few weeks, with Storm Dennis wreaking havoc on the country last weekend. The Met Office has issued many weather warnings this week, and forecast maps predict snow will fall over some areas in the coming days.

Parts of the UK are still reeling from the effects of Storm Dennis, which caused widespread flooding and travel disruption.

But in the coming days, weather maps show a blanket of snow heading towards the UK from the west this week, along with rain and wind.

WXCHARTS maps, which use data from MetDesk, show the majority of the UK’s snow is predicted to fall in Scotland this week. 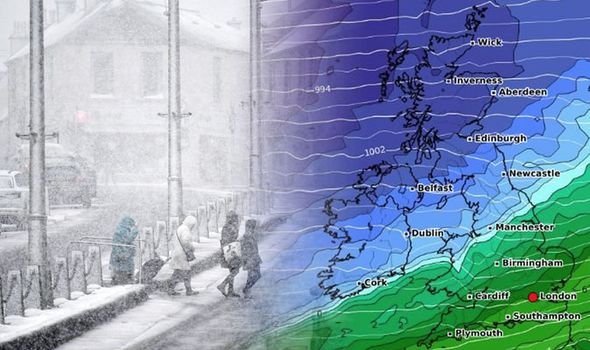 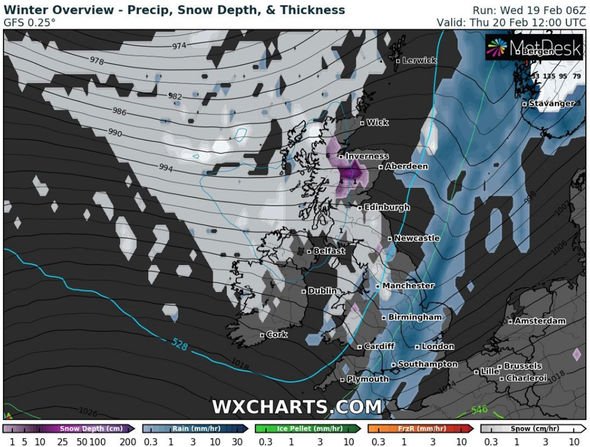 However on Thursday the map shows parts of Wales, Northern Ireland and northern England may also witness a dusting.

Parts of central Scotland are expected to be worst hit, with up to two and a half inches (6cm) of snow mapped to fall.

But by Monday, maps show some snow accumulation in parts of Northern Ireland and the north of England as well. 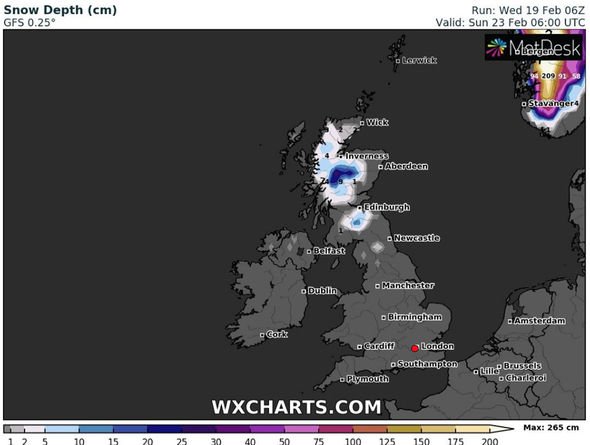 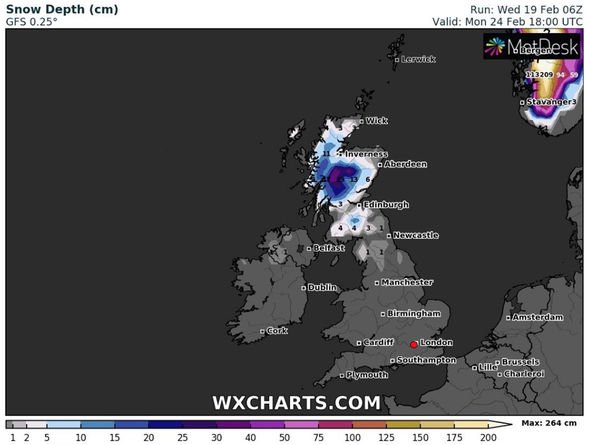 Over the coming days, weather forecasters are predicting snow will be possible in some places of the UK.

On Thursday, Netweather also forecast “blustery showers in the west” will fall as snow over higher ground.

Netweather’s weekend weather forecast reads: “Another windy day on Saturday, thanks to tightly-packed isobars underneath deep low pressure to the north of Scotland. 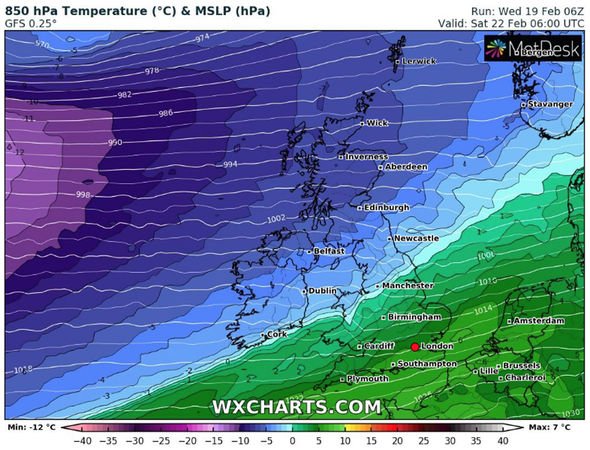 “A cold front clears southern areas in the morning, little rain on it by the time it reaches here, then all parts turning colder and brighter, blustery showers across the north and it’ll be cold enough for showers to fall as snow over higher ground, a few scattered rain showers in the south.”

As well as the chance of snowfall in some regions, forecasters are also predicting a continuation of the current rainy weather patterns over the coming days.

A number of yellow rain warnings have been issued today until Thursday, in areas such as Wales, northern England and Scotland.

The Met Office warn of “an Atlantic weather system arriving on Wednesday” could spark a further spell of rainfall. 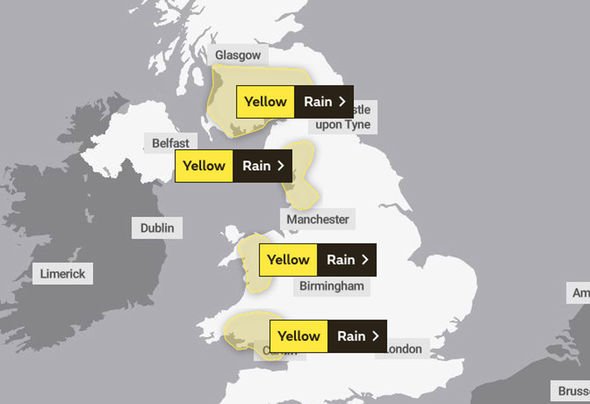 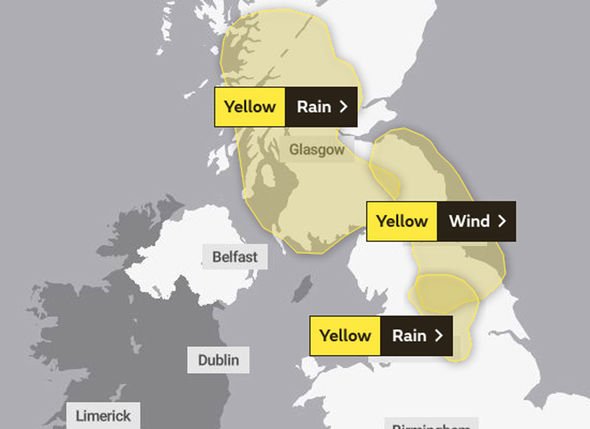 Parts of the UK are battling severe flooding, following the arrival of Storm’s Ciara and Dennis in the last few weeks.

Rain and wind looks likely to continue on Friday, with additional yellow warnings also issued across swathes of the country.

From 12pm on Friday, a yellow rain warning will be in place until 6am on Saturday, affecting the cities of Sheffield, Leeds and York.