Low pressure will bring freezing temperatures across the UK next week. This comes after Storm Jorge  brought heavy rain and powerful gales during the fourth weekend in a row of severe weather. And persistent snowfall has been forecast over higher parts of Scotland that will linger in the coming days.

The Met Office has said up to 30cm of snow are predicted in some places, with warnings in place until noon on Monday.

Net weather’s forecast for next week said: “Low pressure will dominate the weather during this week, and the lows will often track further south than in recent weeks.

“As a result, temperatures will often be lower than recently, especially in the north, though still generally not far below the seasonal norm, with predominantly westerly winds especially for southern areas. 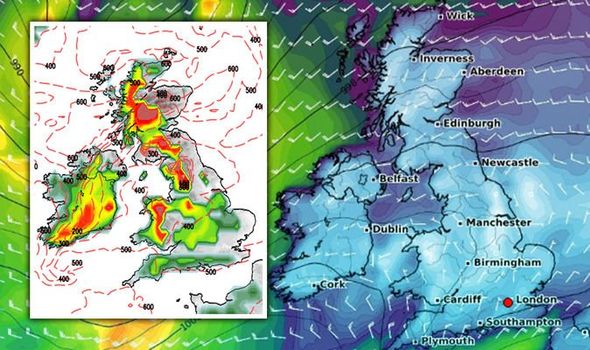 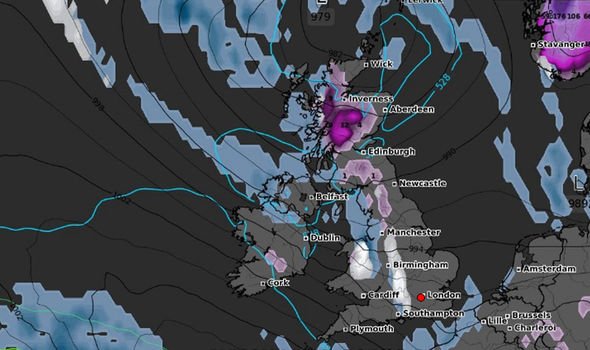 “Snow will thus be mostly restricted to high ground, though low-lying parts of the north may see some short-lived localised snowfalls.

There were six yellow weather warnings for rain, wind and snow in force across the country on Saturday morning.

This stretched from Cornwall to the north of Scotland and across to Northern Ireland. 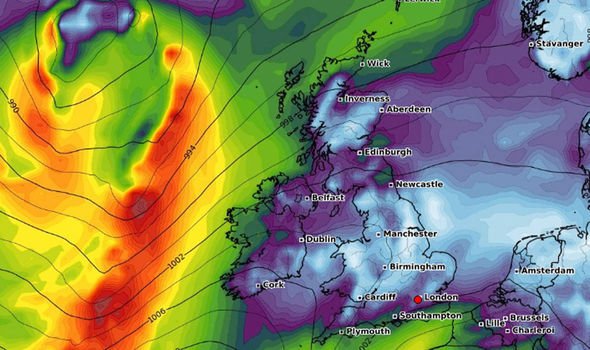 Forecasters have said snow may even fall as far south as Chiltern, in Buckinghamshire, next Thursday and Friday.

Cumbria and western Wales will also see a few inches as the mid-week approaches.

By Friday, a blanket of snow will also fall over Manchester.

And six inches will still be on the ground in Scotland on Saturday.

Next week will begin with a bitterly cold start, as temperatures will dip to -2C in northern Scotland. 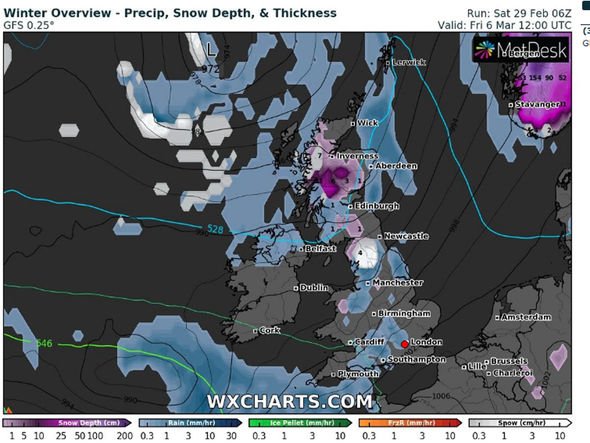 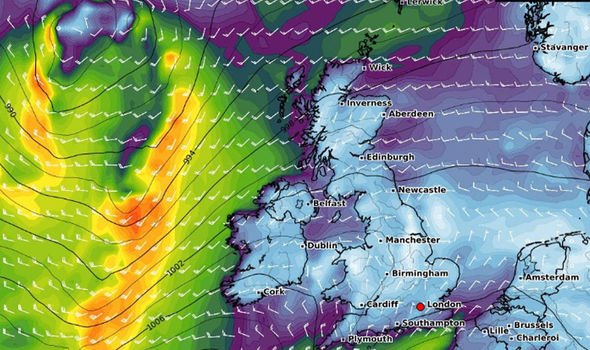 But it will become even colder at -4C in southern Scotland by Wednesday.

The big freeze will sweep down England on Thursday, with lows of -2C in Liverpool and 0C in London.

Scotland will then see temperatures plummet to -5C next Saturday.

Meanwhile, police in South Wales declared a temporary “critical incident” on Saturday morning as emergency services, councils and other bodies worked to protect property and infrastructure and protect residents from flooding. 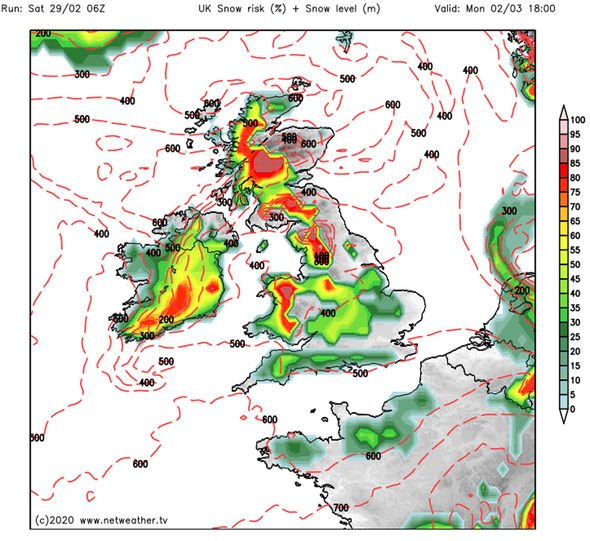 People in Pontypridd, which was also flooded two weeks ago, and the Ely area of Cardiff, were advised to remain indoors amid warnings of further rising water levels and gusts of up to 70mph.

Cardiff Council said emergency teams worked through the night on flood defences, road closures and clearing debris to limit the damage from torrential rains as its roads team answered around 100 incidents.

More than 600 homes and a similar number of businesses have been hit in Wales, accounting for around a quarter of affected properties in the UK.

England has had more than 200% of its average February rainfall, according to the Environment Agency, with some areas getting a month’s worth in 24 hours.