Torrential rain from the storm resulted in rivers swelling to “exceptional” levels in parts of Britain, with more forecast to fall later this week, the Environment Agency (EA) warned. Among the worst affected areas were South Wales, Herefordshire, Worcestershire and Shropshire where major incidents were declared. Around 1,000 staff were on duty, with 5km of flood barriers deployed and 90 pumps in action, the EA said.

And now the Met Office has issued two yellow weather warnings for snow and ice over parts of Scotland from 6pm on Monday until 11am tomorrow.

And temperatures will also plummet to 0C across most of Scotland too.

The cold weather and stormy conditions could be caused by low pressure coming in from the Atlantic, which will then break down by the time it reaches the UK, otherwise known as a polar vortex. 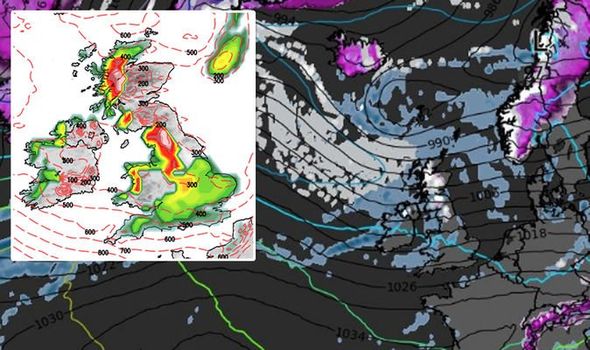 The forecaster has also warned of persistent rain in Wales for Wednesday and Thursday.

The Met Office said the flood risk continues, with further heavy rain forecast in the north of England for Wednesday and Thursday, possibly falling on already flooded areas.

One woman, swept away by floodwater near Tenbury in Worcestershire on Sunday, was feared dead by police as a search resumed on Monday.

West Mercia Police said residents in Upton upon Severn and Uckinghall, in Worcestershire, are being advised to evacuate, with water levels expected to rise on Monday evening.

Emergency evacuations were also under way in Hereford, where the River Wye reached its highest level on record. 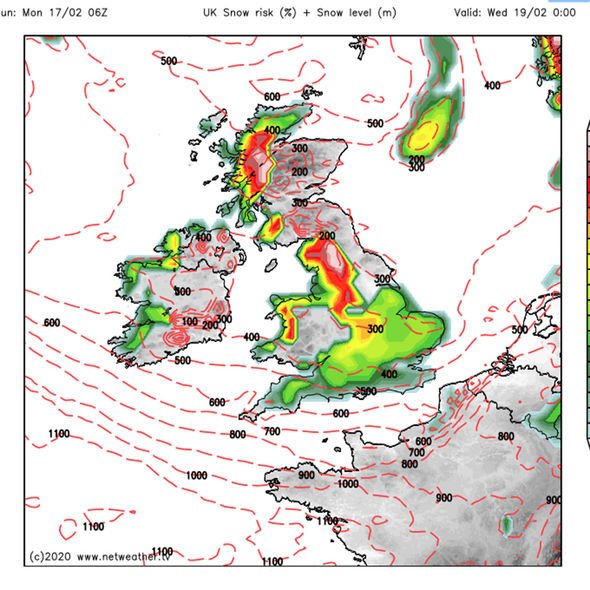 The aftermath of the storm caused transport disruption on Monday, as train lines and roads were blocked by flooding and fallen trees.

The AA said nationally it had attended more than 400 vehicles stuck in water or mud over the weekend, more than double that under Storm Ciara a week ago.

Hereford residents were advised that flooding could trigger periodic power cuts and some roads were closed.

Speaking in Worcester, the EA’s David Throup, West Midlands environment manager, told Sky News: “I think it’s peaking now in Hereford, the levels that you’ve got there are truly exceptional levels, they are the highest levels we’ve ever recorded on the River Wye and those records go back 200 years.” 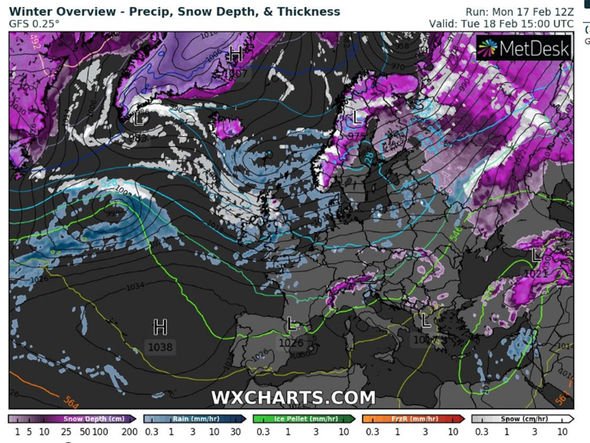 He added: “Here in Worcester, the River Severn is also at a level that is similar to the big floods in 2007.”

As of 4.30pm on Monday, six severe “danger to life” flood warnings from the EA were in place for the River Wye at Blackmarstone, Hereford, and at Hampton Bishop; the River Severn at Uckinghall and at New Street and Waterside, Upton upon Severn; and the River Lugg at Hampton Bishop.

The agency’s executive director of flood and coastal risk management, John Curtin, tweeted that 420 properties were flooded by Storm Dennis and 18,500 protected, with both figures expected to rise.

He indicated that 800 properties were flooded by Storm Ciara. 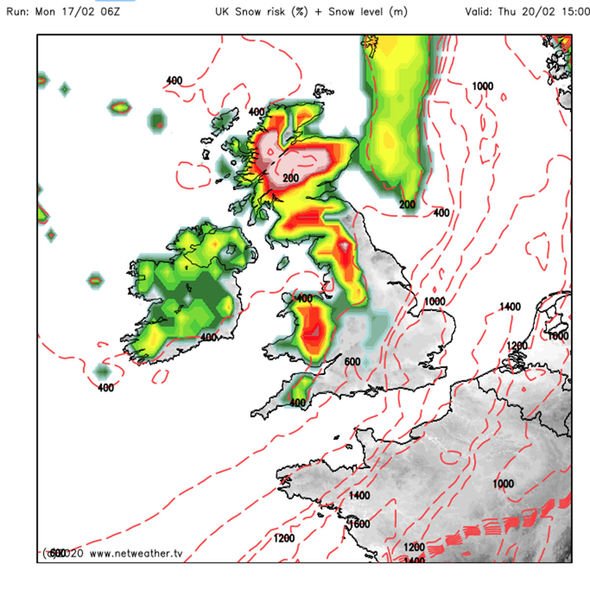 Locals in the inundated area around Hereford described “devastating” flood scenes that struck roads, a business park, the railway line and homes.

Greg Smith, who took drone images of the flooding, said: “I’ve never seen anything like this.”

Meanwhile, residents living near Eastham Bridge in Worcestershire described 48 hours of chaos as they lost count of the number of vehicles – including a fire engine and a petrol tanker – caught in floodwaters.

Over in South Wales, one of the worst-hit areas was the village of Nantgarw, near Cardiff, where entire streets were left underwater from the early hours of Sunday morning. 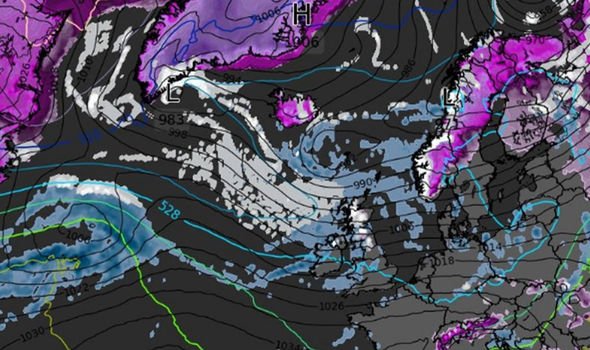 Natural Resources Wales said provisional data indicated the River Taff at Pontypridd had reached its highest level for over 40 years.

Youth climate strikers said they had to cancel their first ever national conference, with delegates coming from across the UK, due to serious flooding in Staffordshire.

The Prime Minister resisted calls to chair a meeting of the Government’s emergency committee, Cobra, to tackle the flooding crisis, despite criticism from the Labour Party.