Met Office yellow weather warnings for wind are in place as a dangerous and strong system tracks towards the UK. A 700 mile-wide ‘Canadian low pressure vortex’ is expected to impact Britain on Tuesday and Wednesday, bringing heavy rain and 60mph winds.

Just days after Storm Ellen wreaked havoc on the UK and Ireland with fierce winds, another system looks to hit the UK.

MeteoGroup forecasters said the system could potentially be named as a storm – making it Storm Francis.

MeteoGroup forecaster Paul Mott said: “There’s certainly the chance the storm will be named, especially with potential for the strongest winds to be more widespread than Storm Ellen, and with so many people being on holiday.

“Peak wind gust speeds similar to Ellen are a risk, with 60mph or a bit higher possible in the West. 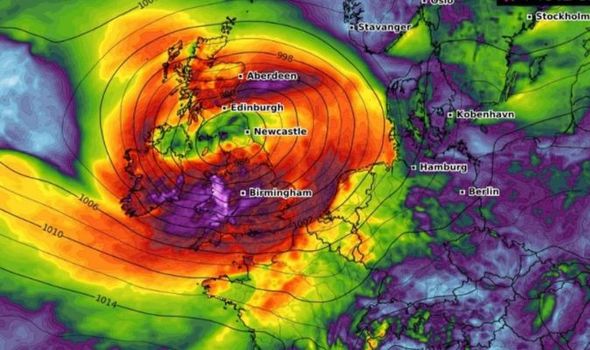 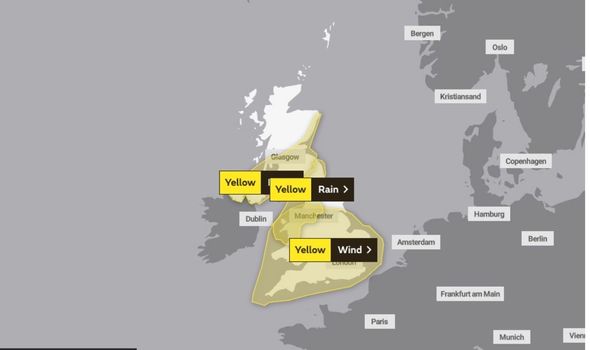 “The low pressure is coming from just south of Newfoundland. It will be an unpleasant couple of days when it arrives.”

Netweather warns wet weather will quickly spread northeast overnight on Monday and into Tuesday, with a spell of heavy, persistent rain affecting much of the UK and Ireland.

Met Office weather warnings for wind are in place from 9am on Tuesday through to 12pm on Wednesday. 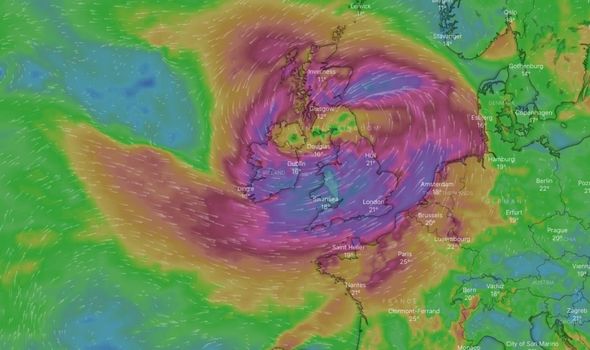 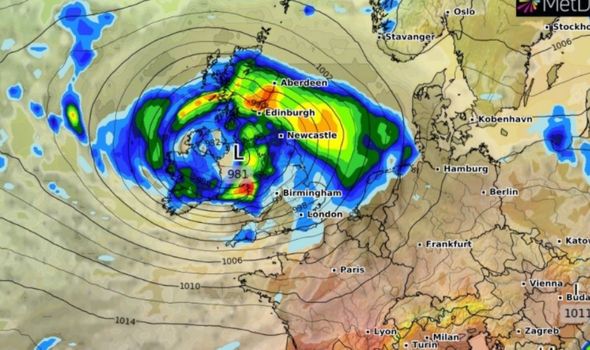 “Gusts of wind are likely to exceed 50mph for quite a few places, with exposed coasts and hills seeing gusts in excess of 60mph.

“Whilst not exceptional, winds this strong are unusual for August and they will be accompanied by some heavy rain in places, with possible transport disruption and impacts on outdoor activities.”

This could have impacts on the impending Bank Holiday weekend, with temperatures staying below average and some frost overnight.

The August bank holiday falls on Monday, August 31 this year but the sunny weather and 36C highs of previous weeks is a distant memory.

“On Tuesday and again on Wednesday we’re looking at some very windy weather again as well.

“Not particularly fantastic if you’re trying to have a week off in the UK. Monday is actually probably looking like the best day. 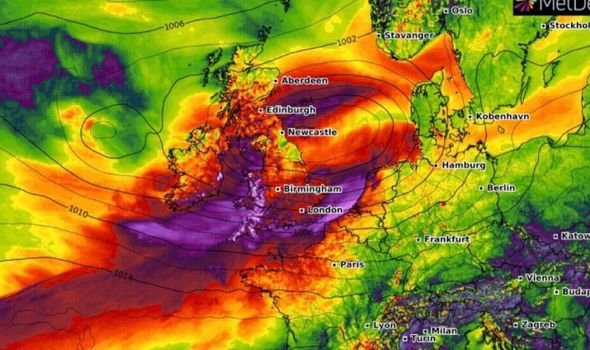 “There’ll still be showers around in the southern counties of England and to a lesser extent parts of the north-east and Scotland.

“Temperatures will be no great shakes for this time of year, maybe 22C or 23C in the south of England.

“Tuesday we will see some heavy rain making its way across all of the UK but the far north of Scotland.

“This will be accompanied by heavy winds across the country, with gales around coasts and potentially a bit stronger than that.

“We’ve seen a few rumours that this will be a named storm. Currently it isn’t but we have to say that it could end up being one. It’s not out of the question.”

This Evening and Tonight

There will be further showers in places tonight, some heavy in the east at first then for south Wales and southwest England later with a risk of thunder.

Sunshine and showers once again, with a more organised area of heavy showers moving east across southern parts in the morning. Drier in west and north by afternoon.

Outlook for Tuesday to Thursday

Rain and strong, locally gale force winds will sweep across most parts Tuesday, clearing east on Wednesday. After a chilly start further rain will edge in from the west Thursday.