Storm Jorge is the next storm to take aim at the UK, and has already started to make landfall in the country this morning. According to weather forecasters, the storm could power through most of the country, commanding winds exceeding 50mph. 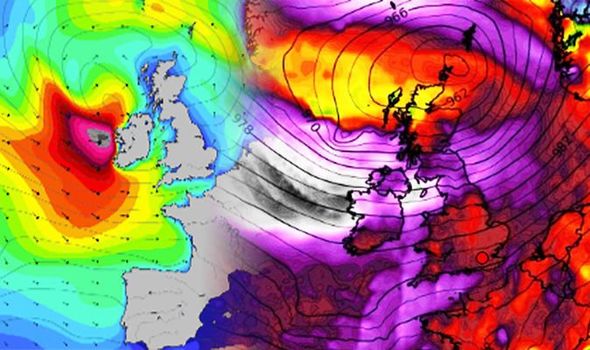 2.30pm update: Why the storm is Jorge, not Ellen

Keen weather observers will know the next scheduled name for a storm to impact the UK was set to be Ellen.

Howwver, the Met Office was not responsible for naming storms this time around, so its schedule did not apply.

Instead, the Spanish meteorological agency named the storm Jorge, and the Met Office joined them for continuity. 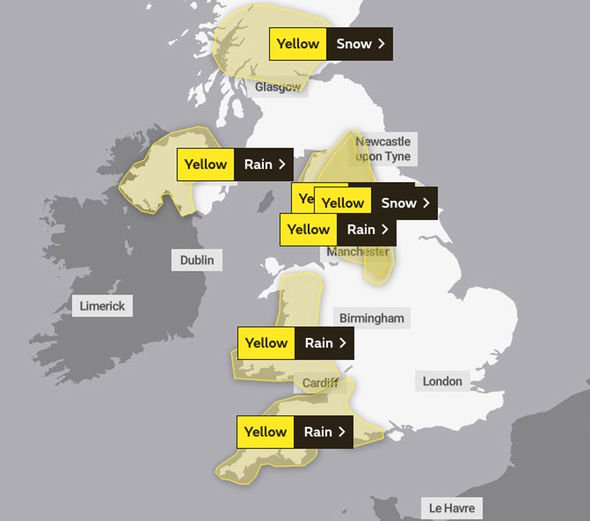 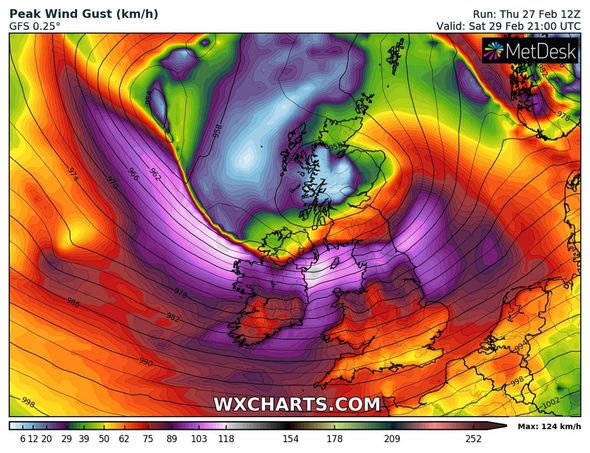 2.15pm update: Jorge to bring more floods to the UK

Heavy downpours brought on by storm Jorge could cause more flooding this weekend.

Met Office yellow warnings for rain are currently in place across the west coast and Northern Ireland.

According to the Guardian, the forecasters warned the weather could cause a “danger to life” as the rain settles once more.

2pm update: Storm Jorge to be at its strongest on Saturday

Storm Jorge started rounding on the UK today, with several yellow weather warnings in place for rain and snow.

Paul Gundersen, Chief Meteorologist at the Met Office said: “This weekend we’ll see another named Storm bring strong winds to parts of the UK with several wind and rain warnings in place.

“On Friday a band of rain associated with Storm Jorge will move across the UK – we have issued rain warnings for parts of Wales and northern England, where rain will be heaviest and we could see 60 to 80mm possible over the highest ground.

“Where warnings are in place gusts of 50 to 60mph are likely quite widely with 65 to 70mph possible in coastal areas, however, the strongest and most damaging winds are expected across the Republic of Ireland.”