Scorching temperatures and glorious sunshine is set to return from Saturday July 4 – the day England’s pubs are set to reopen. Netweather forecasters expect the mercury to rise to the mid 20s next Saturday, with the capital experiencing the best of the warm weather. By Monday July 6, the mercury is set to soar to the 28C, and could see temperatures rise to the early 30s.

The high temperatures will cover much of the UK the following day, with the south, Midlands and east Wales expected to reach highs of 25C.

The rest of next week is set to be characterise by changeable conditions, meaning the mercury could drop again.

BBC forecasters said: “Up until around mid-month, the weather is looking changeable with showers and rain at times.

“Overall, rainfall amounts are likely to be near or slightly above average with some drier days mixed-in too. 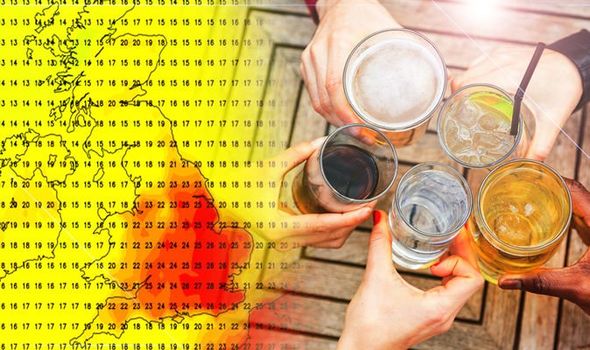 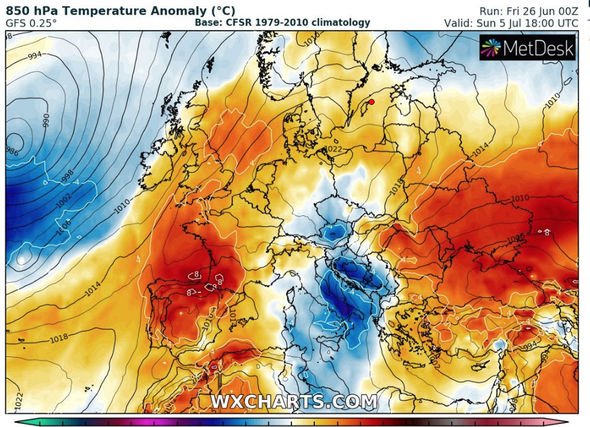 “Winds are likely to be often from the west but perhaps occasionally from the north.”

But from mid-July temperatures are set to climb to above average as an area of high pressure moves in.

Before the hot weather returns next week, however, Met Office meteorologist Aidan McGivern warned 50-60mm of rain could fall this weekend.

He said temperatures will feel much cooler due to the breeze coming in from the west. 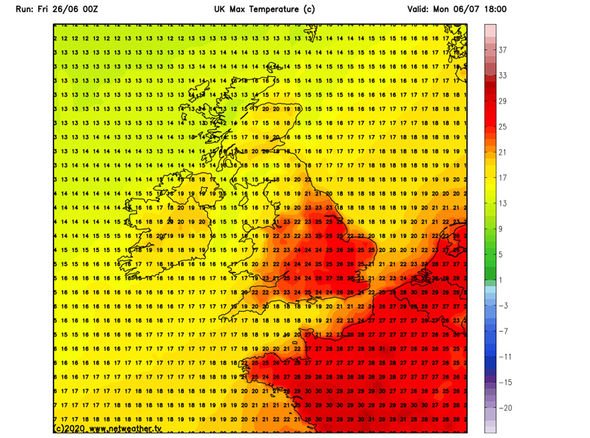 The mercury is expected to rise to the early 20s this weekend.

“It’ll be breezy for all this weekend with heavy showers and longer spells of rain for most, though Sunday could brighten up across the southern half of the UK.”

The Met Office have issued two yellow weather warnings from 12pm today, due to the risk of thunderstorms across Scotland, Northern Ireland and the vast majority of England and Wales.

DON’T MISS:
Skin cancer symptoms – three signs of cancer after the UK heatwave [INSIGHT]
UK thunderstorm warning: Atlantic chill to unleash HORROR storms [MAPS]
Is it too hot to walk my dog? How to keep your dog cool in 30C heat [DETAILS] 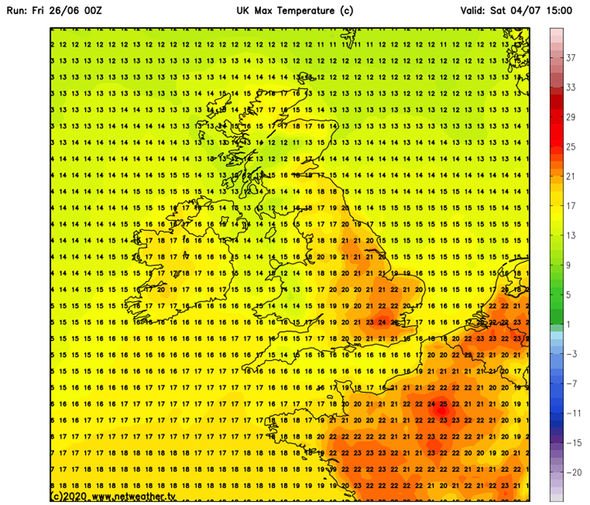 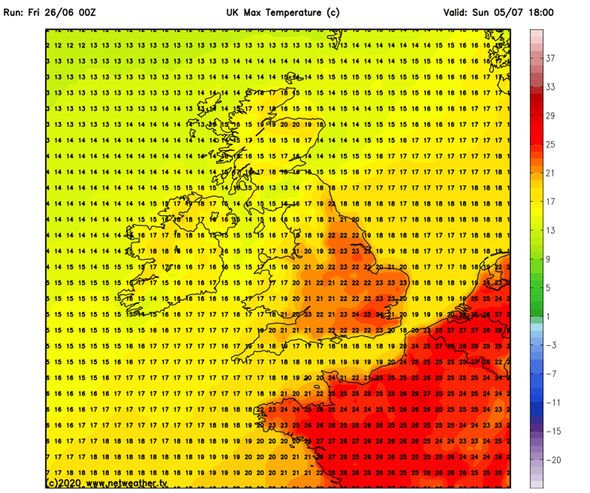 The west coast and southern England might escape the stormy weather.

The forecasters warn the storms could cause flooding and disruption in a few places.

The weather warning is in place until 9am on Saturday.

Mr McGivern said next week will be characterised by much cooler, breezier conditions. 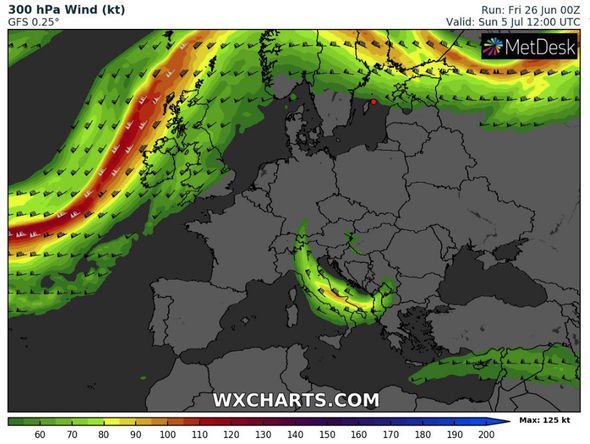 He said: “The general theme for next week is that it will be much cooler than we are experiencing at the moment.

“It will often be breezy and we will have a mixture of rain or showers.”